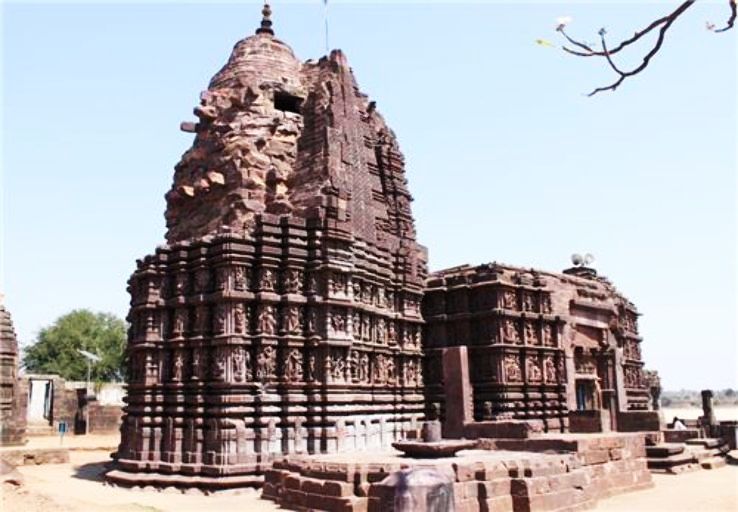 Gadchiroli is a town and a municipal municipality in Maharashtra‘s Gadchiroli district in central India. It is the administrative capital of the district and is located on the eastern border of Maharashtra. The Wainganga is the major river that runs through the city. The woods of Gadchiroli are well-known. Teak is commercially cultivated, while bamboo is utilised in a variety of crafts.

Best Places to Visit in Gadchiroli

The Charpala Wildlife Sanctuary is located in Maharashtra’s Gadchiroli district. It contains heavy forest growth with intermittent areas of meadows spanning an area of around 140 km2. From the north-east and south, the sanctuary is surrounded by the Markhanda and Pedigundam hills, while the Pranhita River flows along its western border. The Sanctuary is situated on the banks of the Wardha and Wainganga rivers. River water surges during the monsoons and reaches the sanctuary mostly through the various nallahs. Along with a variety of backwater fish, prawns, and turtles join the refuge. The refuge includes a prominent riparian ecology, which supports a diverse population of fish, prawns, and turtles. They also provide habitat for a diverse range of aquatic life and avifauna, as well as natural beauty and calm. The sanctuary includes a diverse floral variety, with several varieties of shrubs, climbers, grass, and a dense forest of teak trees.

The reserve is teeming with animals. The sanctuary is home to tigers, leopards, jungle cats, bears, wild dogs, deer, sambars, and a variety of other wildlife. The Sanctuary is overseen by the Chief Conservator of Forest and Field. The months of February and May are ideal for visiting the park.

Lok Biradari Prakalp (LBP) is a social initiative run by the Maharogi Sewa Samiti in Warora, Chadrapur district, that includes a hospital, a school, and an animal orphanage. Baba Amte, a social worker, founded it on December 23, 1973, for the integrated development of Madia Gond. It is located in the hamlet of Hemalkasa in the taluka of Bhamragad in the district of Gadchiroli in the state of Maharashtra. The LBP project is 160 kilometres from the district headquarters in Gadchiroli and 60 kilometres from Allapalli.

Dr. Prakash Amte and his wife, Dr. Mandakini Amte, who serve as the project’s Medical Director and Medical Officer, respectively, received the Ramon Magsaysay Award for Community Leadership in 2008.’

Dr. Prakash Amte and his wife, Dr. Mandakini Amte, who serve as the project’s Medical Director and Medical Officer, respectively, received the Ramon Magsaysay Award for Community Leadership in 2008.

The Wadadam Fossil Park is located near the hamlet of Wadadam in the Sironcha Taluka in Maharashtra’s Gadchiroli District. It lies 189 kilometres south of the district headquarters in Gadchiroli and 19 kilometres north of Sironcha. A group of amateur archaeologists have discovered dinosaur remains in the Maoist-hit Sironcha area of Maharashtra’s Vidarbha, which they claim date back millions of years. Sironcha is one of five locations in the nation where considerable amounts of dinosaur fossils have been discovered. In 1959, a whole dinosaur skeleton was discovered in the Godavari basin in Kothapalli-Pochampally hamlet, which borders Telangana. Since then, the fossil has been housed in a museum in Kolkata.

The Glory of Allapalli is located in Allapalli Forest Range, compartment number 76. It is around 16 kilometres from Allapalli on the road to Bhamragad. It is a permanent preservation plot that is kept in order to study the Allapalli forest in its original state. The plot is 6 hectors in size and was established in 1953. Teak, tendu, dhawala, kusum, yen, and other tree species may be found in the Van Vaibhav region. There are also medicinal herbs such as gunj, tarota, and gulwel found here.

Markandadeo hamlet is a renowned destination of God ‘Shiva’ and is a major attraction for religious people not only in Maharashtra but throughout India. It is located in the Chamorshi Tahsil of the Gadchiroli sub division. The village has a population of around 1000 people. The settlement is located on the Vainganga River’s bank.

The project is located in Chamorshi tahsil’s Regdi village. Water is used for farming in nearby communities as part of this initiative. It is a lovely location to visit.

July-October: This period has been identified as the most popular time to visit.

How to Reach Gadchiroli

The district seat is at Gadchiroli, which is 180 kilometres from Nagpur and 80 kilometres from Chandrapur, both of which are in the Vidarbh area. The district is well connected by district highways from the neighbouring districts of Bhandara, Chandrapur, and Nagpur. To go to Gadchiroli, it takes four hours from Nagpur and two hours from Chandrapur. Buses from the state and commercial companies are available for travel.
There is just one railway line in the region, which is 18.48 kilometres long. Gadchiroli city does not have a railway station, although there is one in the district at Desaiganj / Wadsa.