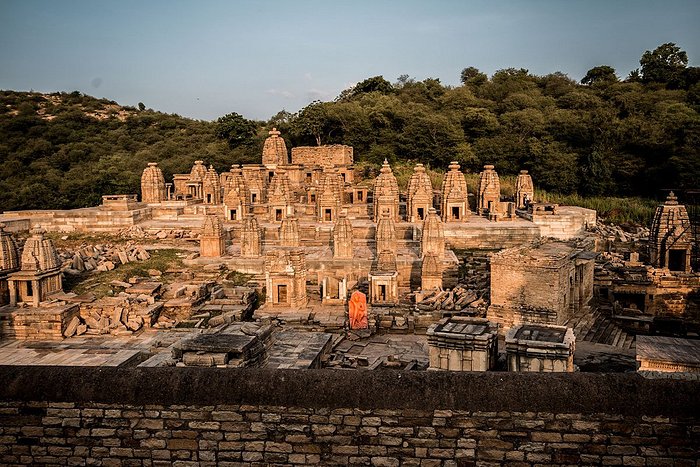 Best Places to Visit in Morena

Sihoniya is a town in Morena district, Madhya Pradesh, India. Suhania is another name for the town; in mediaeval times, it was known as Sihapnya. The village has a long history and several important monuments, one of which is of national significance and is protected by the Archaeological Survey of India. The most prominent temple at Sihoniya is the one devoted to Iva, known now as the Kakanmah, and it is protected by the Archaeological Survey of India. The temple was constructed on a grand scale in the eleventh century and is one of the few remaining royal temples of the Kacchapaghta dynasty. The town’s most important temple is devoted to AmbikDev; the complex comprises of two temples side by side, surrounded by a perimeter wall. The structures are comprised of reconstructed and reorganised architectural pieces dating from the ninth to the thirteenth centuries. The Digambar AtishayKetra, a major Jain temple and complex, is located immediately south of Sihoniya. The area’s Jain stone pictures have been collected and housed here.

The temple was built by the Kachchhapaghata king Devapala (r. c. 1055 – 1075), according to an inscription dated 1323 CE (Vikram Samvat 1383). It is reported that the temple served as a platform for teaching astrology and mathematics depending on the transit of the Sun. Under Act No. LXXI of 1951, dt.28/11/1951, the Archaeological Survey of India declared the temple an ancient and historical monument.

Morena’s Chausath Yogini Temple, also known as the Ekattarso Mahadeva Temple, This round temple, perched atop a hundred-foot-high solitary hill, commands a stunning view of the farmed fields below. This temple got its name from the large number of shivalingas that live within its cells. This circular temple is one of just a few of its kind in India. This is a yogini shrine honouring sixty-four yoginis. It has an outwardly circular shape with a radius of 170 feet and 64 tiny rooms within its interior. Within the main central temple, slab covers with perforations drain rainwater to a huge underground storage area. The pipe lines that flow from the roof to the storage are also visible.

Throughout the years, the temple’s architecture has weathered earthquakes with no harm to its round structural characteristics. The shrine is located in Seismic Zone III. Many of these curious visitors have drawn parallels between this temple and the Indian parliament building (Sansad Bhawan), both of which are circular in design. Many people believe that this temple was the inspiration for the Sansad Bhawan.

Morena, Madhya Pradesh (MP) is best visited between October and March, when the weather is pleasant.

How to Reach Morena

Morena is the administrative centre of the Morena district in Madhya Pradesh, India. A municipality corporation is in charge of it. It also serves as the headquarters for the Chambal division. Gwalior, Madhya Pradesh, is 39 kilometres away.

Morena is well connected by train to the rest of India. Despite the fact that Morena Railway Station does not have junction status, it is directly connected to several significant cities such as Mumbai, Delhi, Kolkata, and Bangaluru. If you prefer to go by plane, you must fly to Gwalior Airport, which is the closest airport to Morena. Morena is 40 kilometres from Gwalior. Buses and private cab services link the two cities very effectively.