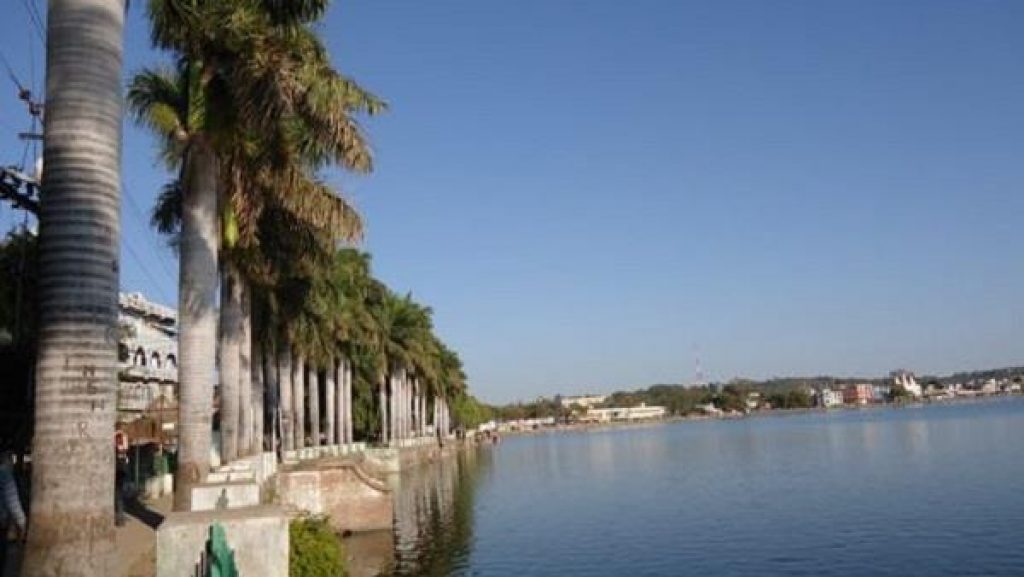 Sagar is a city in the central Indian state of Madhya Pradesh. Located 1,758 feet above sea level on a spur of the Vindhya Range. The city is around 172 kilometres northeast of Bhopal, the state capital. One of the primary reasons that Sagar is well-known throughout the state is because of Sagar University. Pt. Jawaharlal Nehru established the institution in 1946, and it is believed that while viewing the town of Sagar from the university grounds, he coined the slogan “Switzerland of Madhya Pradesh.”

Best Places to Visit in Sagar

It was also known as “Old Sagar” and served as the capital of the Dangi Kingdom. It is six miles north of the Sagar Jhansi road. Some historical relics can still be found in Gadphara. The fort is accessible via a steep path that leads to a bastion, a rustic doorway, and a white washed temple on a platform. There are remnants of a summer mansion known as the Shish Mahal or DangiRular’s Glass Palace. It is a square building with two stories, like a Muslim tomb, and each chamber has a veranda all around. Glassed tiles of various hues are installed alternately in battlement panels and dome ribbing. It is attributed to Raja Jaisingh, who lived approximately 200 years ago. In the neighbourhood, there is a tomb that is revered as an object of religion. Motital is a tiny lake located beneath a hill to the north.

An ancient location located at the confluence of the Bina and Reuta rivers, 6 kilometres from the principal railway station of Bamora. Eran is located on the border of Bundelkhand on one side and Malwa on the other. The name comes from the abundance of ERAKA, a type of grass with emollient and industrious characteristics. Eran hamlet contains a fascinating collection of ancient treasures. In judgments attributed to the Dangis, who historically ruled over this region, there is a fort. The site once housed a number of Vishnu shrines, but only remnants of the lower courses of masonry, four standing columns with their architrave, some beams, and parts of doorways remain. The main statue is a huge Varaha that is about 10 feet tall.

A community located on the bank of the Dahar river on the Sagar Rehli Road, 10 miles from Rehli and 21 miles from Sagar. It was the location of a marriage between ChatrasakBundela and Khaliq, the MugalFauzdar of Damoni. On the neighbouring hill, there is a temple dedicated to Harsiddi Devi, in whose honour fairs are conducted in the months of Asvina and Chaitra.

The Chaitra fair is important, and a big number of people come to see the temple. The goddess’s image is highly revered, and many think she changes her form three times a day, as a child at dawn, a young girl in the middle of the day, and an old woman in the evening. The forest department’s government rest house is located here.

Khimlasa was mahal in the sarkar of Raisen of the subah of Malwa and is reported to have been founded by a Mohammedan noble. Khimlasa is surrounded by a defensive wall made of more or less coursed stone rubble.

The bastion fort in the centre of the towb is a fascinating feature in and of itself. The dargah of the PanchPirs, on one side of the fort, deserves special note for its beautifully carved perforated screen work.

The Naoradehi Wildlife Sanctuary [NWLS] division [area 1200 sq km.] is located at the crossroads of the Sagar Damoh and Narsingpur districts and is the area’s single largest forest block. NWLS is a one-of-a-kind protected area [PA] that encompasses two main river basins in India, the Ganges and the Narmada. Three-fourths of the WLS falls in the Yamuna [Ganges] basin, and one-fourth falls in the Naramada basin. As a result, it is one of the few PAs with such high transitional biodiversity values. (Despite the fact that there are 70 communities within the PA.)

NWLS not only cares for the biodiversity conservation of this area, but it also protects the cultural diversity of this area and caters to the water requirement for all uses through its extensive forested catchment, contributing significantly to the local economy.

A little village 60 kilometres west of Sagar on the Bhopal-Sagar Road, famous for its battlement fortifications, gateways, and remnants of palaces, temples, and mosques. It is picturesquely located on the steep bank of the river Bina, which is bridged here by a beautiful fourteen-arched bridge built in 1863. The well-known Rahatgarh fort is located close to the town. Its outer wall is made up of 26 massive towers, some of which were utilised as residences and are connected by curtain walls, enclosing a 66-acre area. A waterfall approximately 50 feet high in magnificent surroundings is two miles away from the fort.

The lake, which serves as the town’s focal point, covers around 400 acres. Formally, it was possibly considerably larger and encompassed the land on which the Town Hall, Tehsil Office, and Gopal ganj quarters now stand. The current Collectorate, a massive edifice on a hill overlooking the city, was built in 1820 as the Governor’s General Agent’s house. During the 1900 famine, the lake was renovated and deepened at a cost of roughly Rs. 7000. Due to the geology of the location and the presence of the Sagar Lake, relatively little improvement was made to the town’s older parts.

February: February is the best month to visit in Sagar, Madhya Pradesh

How to Reach Sagar

Dumna Airport in Jabalpur is the nearest domestic airport, which is about a four-hour drive from Sagar. Raja Bhoj Airport in Bhopal, 200 kilometres from the city, is the second closest domestic airport. It is well linked to a variety of cities by Indigo, Air India, Spice Jet, Jet Konnect, and Jet Airways, including Varanasi, Delhi, Lucknow, Kathmandu, Bhopal, Hyderabad, and Kolkata.

It has its own railway station, Sagar Railway Station, which is connected to all of Madhya Pradesh’s main cities. Delhi, Gwalior, Agra, Mathura, Jammu, Amritsar, Mumbai, Bangalore, Bhopal, Chennai, Goa, and Hyderabad are all well linked.