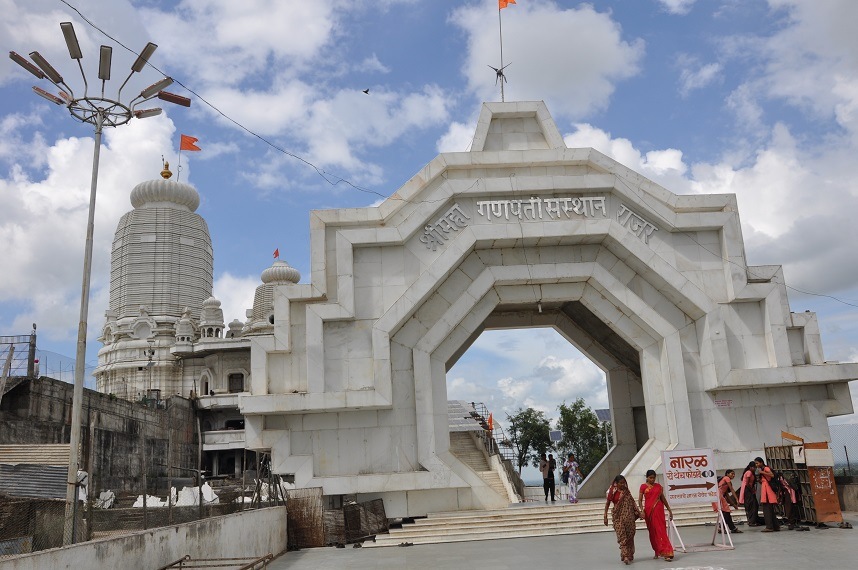 Jalna is a city in Maharashtra, India, located in the Jalna district of the Aurangabad Division, or Marathwada area. Before Jalna district was created on May 1, 1981, it was part of Hyderabad State as a tehsil of Aurangabad district.

Best Places to Visit in Jalna

Nizam ul Mulk’s In 1725, Asaf Jah directed Kabil Khan to construct the Jalna fort and the Mastgad citadel to the east of the town. The castle features a Persian inscription with the date of building and a big well with a succession of tunnels and rooms that are now filled with garbage.

Jamshed Khan, who built the Kali Masjid within the Mecca gate, as well as the hamam (bathhouse) and sarai, also erected the Moti Talab on the west side of town. A network of underground pipelines carried water to reservoirs across the city, the largest of which is located in the quadrangle of the Kali Masjid sarai. This system is no longer operational. There were five of these tanks when the city was at its peak of prosperity. Moti Bagh, a garden located near the talab, was also built.

This lovely park, also known as Moti Bagh, is well-known for its play activities, tiny railway, and colourful water dance.

Mr. Bezonji Faridoonji Jalnawalla erected Ghanewadi Talab in 1931 for the convenience of the people of Jalna. Mr. Bezonji contributed to a number of charitable projects in Jalna. The lake was once Jalna’s sole supply of water, but it is currently in poor condition.

Rajur’s GANESH temple is located 25 kilometres north of JALNA city. Every Chathurthi, a large number of pilgrims gather to worship to the god. On Angarika Chaturthi, a big fair is conducted at the temple. In the Ganesh Puran, the Rajur is regarded one of Lord Ganesh’s full PITH. Other PITHs may be found at Morgaon and Chinchwad (Pune). Padmalaya is the remaining HALF PITH.

Guru Ganesh Tapodham, located in Jalna, is a sacred site for Jain pilgrims. Karnatak Kesari is another name for Guru Ganesh. The construction of this holy location is overseen by the Jain trust ‘Shri Vardhaman Sthankwasi Jain Shravak Sangh.’ This trust also runs educational institutions such as schools, a school for the blind, a library, and a Gaushala. The Guashala is the biggest in the Marathwada area.

The Matsyodari Devi Temple of Ambad is located 21 kilometres south of Jalna. Matsyodari is so named because the temple is built on a hill that mimics the shape of a fish (matsya). It is said to be one of the region’s earliest temples. In October, a well-attended yearly fair is held at the temple.

Jamb Samarth is the birthplace of Sant Ramdas Swami. This location is in the Ghansavangi tahsil of the Jalna district. Samartha Ramdas was born as the younger son of Suryajipant Thosar Kulkarni and Ranubai on Chaitra Shukla Navami Shake 1530 (as per Hindu Calendar) at 12 P.M., exactly on the time of Ram Janma (Lord Rama’s birth). His given name was ‘Narayan.’ Sant Ramdas swami’s elder brother was Gangadhar, although he is also known as ‘Shreshtha’ or ‘Rami Ramdas.’ On Margashirsha Vadya Trayodashi Shake 1527, he was born. On Ram Navami, a well-attended yearly fair is conducted at the Ram temple. This Ram temple is located at the residence of Sant Ramdas Swami.

Sant Ramdas Swami’s meory inspired the construction of the Samrtha temple. This temple is administered by a trust that Nanasaheb Dev established in 1943. The trust is made up of 55 members and 11 trustees. This trust now owns 240 Hector of land.

Mazaar-E-Maulai, Moulai Nuruddin’s Mausoleum, is located near Dongaon Tq.Ambad. Moulai Nuruddin was a “Wal al-Hind” (representative/caretaker for India) of the Dawoodi Bohra dawat, who was appointed by the D’, Yemen’s central government, to oversee the dawat in India. Moulai Nuruddin studied in Cairo, Egypt, before travelling to India in 467 AH and seeing the Deccan. On Jumadi al-Ula 11, he died at Dongaon Tq.Ambad, Dist.Jalna.

Winters, from November to March, are the greatest time to visit Jalna.

How to Reach Jalna

The Chikkalthana Airport is 51 kilometres away from Jalna. It is a public airport in the Indian city of Aurangabad. Passengers may choose from a variety of airlines that provide their prestigious services. Delhi, Hyderabad, Mumbai, and Nanded are just a few of the cities served by this airport’s aviation services. You may board trains to many places throughout the country from Jalna Railway Station. The town is also well connected by a well-functioning highway system.

Jalna is easily accessible by train from all of the country’s main cities.

Jalna is served by frequent buses from all of the country’s main cities.