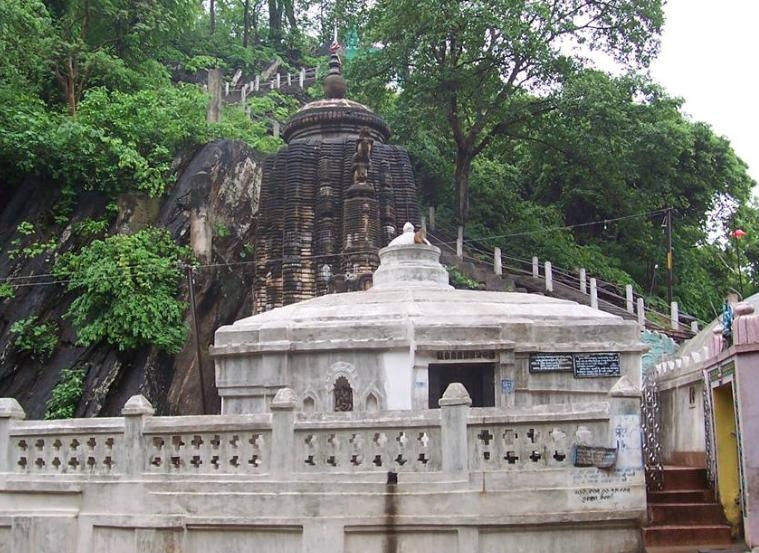 Bargarh is a city and municipality located in the Bargarh district of Odisha, India. It serves as the administrative centre of the Bargarh District. Bargarh is noted for its extensive paddy farming, earning it the nickname “Bhata Handi” in Odisha. The Dhanuyatra, which is believed to be the world’s largest open theatre stage and depicts the Krishna Leela, is famous in Bargarh. Bargarh is studded with temples as well as Buddhist monasteries and caves that indicate the settlement of different cultures at different times.

Best Places to Visit in Bargarh

Arjunda is a settlement on the banks of the Mahanadi River, at the northern edge of the Barapahar forest range. It is located in the district’s block Ambabhona. It is located between the Bandijharia and Kedarnath fountains, surrounded by deep forest. Patharasini is worshipped in a temple here. According to mythology, the Chandrasini of Chandrapur, Padmasini of Padampur, and Patharasini of Arjunda are sisters. It is a well-known tourist attraction. It has a boating facility as an extra bonus.

The historically significant village of Ganiapali is located in the district’s block Gaisilat, 75 kilometres from the DHQ. Historians believe it was formerly a Buddhist site. Tourists were drawn to a remarkable Budha statue seated in Lotus Posture with a snake on his head and its hood stretched. However, this uncommon monument was taken from the site in 2007 and has yet to be recovered.

Bheden Block is home to Baseikela Gada (on Bheden-Barpali Road). Bheden Jamindar Raja Manohar Singh, a close ally of Veer Surendra Sai, built fortifications here. It receives thousands of visitors each year due to its location on the bank of the Jeera River. The natural splendour of this location captivates visitors. The fort’s ruins serve as a reminder of the Jamindars’ previous greatness and hardship, making this location even more noteworthy. This location is notable for its Ghitghiti Pathar, which made a sound as British forces approached the native combatants.

Budharaja mountain is located near the village of Papanga, which is part of the district’s Bheden block. Budharaja is worshipped at a temple on the outskirts of the settlement Papanga and at the foot of the mountain. It has a land size of 50 to 60 acres. The peak rises 600 feet above sea level. It has a lovely woodland garden called Bankhol. There are also many more wonderful places to visit, such as Lord Shriram’s temple, a Yogashram, a Mango Grove, and a triangle-shaped pond. The peak is inextricably linked to Vir Surendra Sai’s uprising against the British. Historians date the genesis of the god Budharaja in the mountains to the 17th or 18th centuries. On the day of Chaitya Purnima, the celebration known as Banabihar is held here, attracting people from all around the district and beyond.

Dekulba is a settlement located alongside the route leading from the DHQ to Bheden. It is close to Talmenda, a settlement on the eastern side of Saharatikra Chowk. The location is 23 kilometres from the DHQ. Giri Gobardhan, a popular tourist attraction, is located in the hamlet. It bears evidence to Odisha’s well-known Krishna Cult. The renowned god here is Lord Krishna, also known as Bishnu and Shri Jagannath. The location is named after Lord Krishna, who is said to have raised the mountain Gobardhan for the sake of His people’s well-being. Every year on the occasion of Pratipada in the month of Kartika, the Giri Gobardhan festival is held here.

Sankrida is a settlement in the district’s Bheden block. The district headquarters is 35 kilometres distant. It is barely 4 kilometres to the east of Thuapali, which is located beside the state’s southern road from Rengali Camp. Rengali Camp is only 12 kilometres from DHQ and is located alongside the road that leads to Sambalpur. The Bindhyabasini mountain may be found near the settlement of Sankrida. Bindhyabasini, the Goddess, is revered here, and the mountain bears her name. The Goddess wields enormous religious power over the inhabitants of this region. The mountain is 200 acres in size, with 50 acres of pastureland at its base. The inhabitants of Sankrida have contributed 27 acres of land for the administration of the Goddess’ ceremonies and rituals.

Every year, on the full moon night of the month of Chaitra, the Goddess’ biggest celebration takes place. The event, in reality, begins 5 days before Dashami and concludes on the full moon night. Animal sacrifice is a custom in this area. Because the mountain is located between the Attabita and Bheden blocks, it becomes quite busy during the festival. It is also a tourist attraction recognised by the Odisha government.

Nrusinghanath is a popular tourist destination in the district that was once part of the Borasambar Kingdom and is now known as the Padampur Sub-division. The district headquarters is 150 kilometres away. Sri Sri Nrusinghanath Temple is located at the base of Gandhamardan Mountain, which is roughly 3234 feet high. The temple was established by Baijaldev, the 8th Chouhan King of Patna. An inscription on one of the temple’s stone walls tells the tale of its construction. Lord Vishnu is revered as Marjara Keshari at the temple, which is surrounded on all sides by breathtaking natural beauty. This location has been designated as a tourist attraction by the Odisha government.

According to the account of Huen Tsang, it was formerly a Buddhist site known as Parimalagiri. There is historical evidence that the Buddhist Shramana Nagarjuna once lived here. A fountain near the temple runs and is known by several names throughout its path, including Kapil Dhar, Bhim Dhar, Chal Dhar, Sita Kund, and Go Kund. Bhim Madua is the highest point on the mountain Gandhamardan. On the festival of Nrusingha Chaturdarshi, the holy Baisakha Mela (Summer Festival) is held here. Every year, a large crowd gathers. Solar and lunar eclipses are also celebrated here with festivals. It is also a popular spot for picnics.

The Baradabalunkeswara temple is located in Gaisima hamlet, 13 kilometres from the DHQ. Abhaya Singh, King of Sambalpur, is said to have erected it between 1766 and 1778. Swapneswar of Sorna- Sorna is a village in the Attabira block. It is 30 kilometres from the DHQ. There are two ways to get to the settlement. The first goes through Rengali Camp, while the second is through Remunda. It was constructed at Sambalpur during the reign of Ajit Singh under the direction of Dewan Dakshinray. In front of the temple, there is a large pond encompassing 6 acres. The temple itself occupies 4 acres of land. In the district, the location holds a great deal of religious significance.

Deogaon is a community located around 7 kilometres from the DHQ. It is located on the western side of the DHQ, next to the road leading to Bhatli. According to Historian Shiba Prasad Dash, King Ajit Singh of Sambalpur also erected this temple for Lord Baidyanath under the guidance of his Dewan Dakshinray.

The village of Nilji is located to the south of the DHQ and is under the jurisdiction of the Bhatli Police Station. According to tradition, Lord Shiba took on the form of Mahakaleswar during the reign of Chouhan King Balaram Dev. As a result, the shrine was erected to honour him.

The hamlet Saranda is located near the NH connecting Bargarh and Sambalpur and is part of the block Attabira. Lord Bisweswar’s temple may be found here. This temple was also erected under the direction of Sambalpur’s Dewan Dakshinray. The location extols Lord Shiba’s personality.

Ambabhona is located at the base of the Barapahar Mountain. It is located on the northern side of about 35 kilometres from DHQ. The shrine of Lord Kedarnath is located within a lovely pond. Though popular perception attributes temple construction to Sambalpur King Baliyarsingh, history attributes it to Dewan Dakshinray.

A 2267-foot summit in the Barapahar hills of the Bargarh sub-division. During the insurrection of Balabhadra Deo, the Gond Zamindar of Lakhanpur, who was murdered here, it was a notable rebel stronghold. During 1840 AD, Mahapatra Ray and Baldia Ray took refuge here after slaying Baluki Dash, the Maufidar of Bargarh. British soldiers apprehended independence fighter Veer Surendra Sai here in 1864. There is a wildlife refuge here. Except for elephants, wild buffaloes, and blank Bucks, most of the other notable creatures in the state of Orissa are depicted in some way.

Best time to Visit in Bargarh

Best time to visit Bargarh in the winter, particularly during the Dhanuyatra festival.

How to Reach Bargarh

Bargarh was the name given to a fort erected by the Chouhan Kings, which was surrounded on all sides by hills and water bodies. The city’s original name was Bahgar Kota, but it was eventually altered to Bargarh.

Regular flights do not link Bargarh to the rest of the country’s major cities. The nearest airport is in Raipur, which is 196 kilometres away.

There are no frequent trains from other major cities in the country to Bargarh. The nearest railway station is at Sambalpur, which is 39 kilometres away.