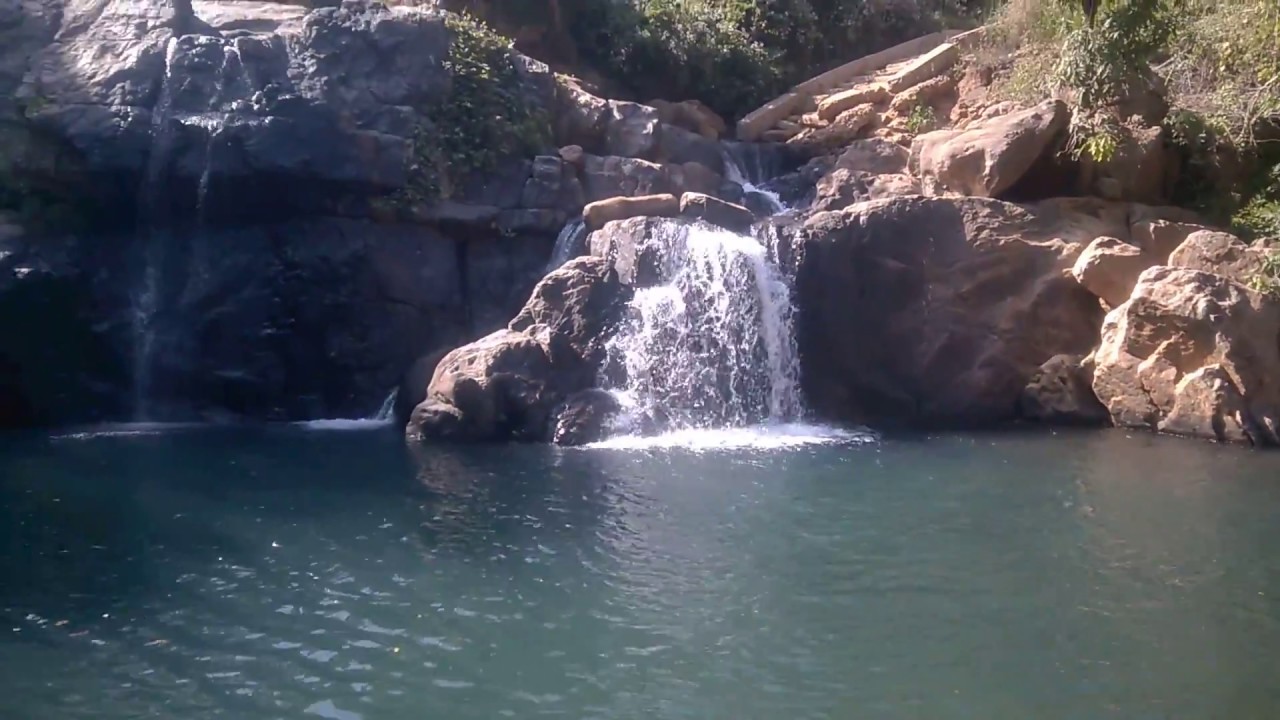 Kalahandi is a district in the Indian state of Odisha. In ancient times, the region had a rich past and a renowned civilisation. The area has yielded archaeological evidence of Stone Age and Iron Age human habitation. Kalahandi is an illustration of the disparities and contrasts that occur in many developing and impoverished countries. On the one hand, this area is known for hunger and starving fatalities; on the other hand, it is an agriculturally wealthy district. In the past, the Dharamgarh sub-division was noted for its rice production in Odisha.

Best Places to Visit in Kalahandi

Kalahandi’s District Headquarters is Bhawanipatna. Nearby points of interest from here are Karlapart wild life sanctuary, water fall, Junagarh, Gudahandi, Dokarichanchar, and others as depicted on the tourist map. The Maa Manikeswari temple is the main attraction of Bhawanipatna.

Dokarichanchara is a picnic or tourism site located in hamlet Kokasara, on the boundary of Kalahandi and Nabarangpur district, in the state of Odisha. It is a completely distinct and one-of-a-kind location than other popular tourist destinations in Kalahandi. Dokarichanchara is well-known for its two waterfalls, Dokaridara and Bhanyaraghumara (or Bhairav dhar). Furthermore, the neighbouring historical Gudahandi cave elevates this location. The Gudahandi cave got its name from its resemblance to a jaggery (guda) pot (handi). Several pre-historical literatures, pictographic inscriptions, and artwork carved on the stone walls may be found there.

There is a well-known Ram temple, which is well-known for being quite old and ancient. Every year on Sri Ram Navami, a nine-day festival is held. The Dokarichanchara Falls The Dokaridhara cascades 200 feet from a cliff surrounded by lovely stoned hills. Maa Dokari Devi has also been worshipping here for a long time. If we continue down the stream for 2 kilometres, we will arrive to the famed Bhanyaraghumara waterfalls, which fall from a height of 150 feet. Yogi Pahad and Rani Pahad, two picturesque hill stations close, may be seen.

It is approximately 550+ kilometres by road from the capital city of Bhubaneswar; several private buses travel daily to the nearby towns, Dharmagarh and Kokasara. Otherwise, the nearest railway station is Junagarh, which has a daily service from Bhubaneswar.

Phurlijharan, located fifteen kilometres from Bhawanipatna, is a perennial water fall around 30 feet high with its own unique appeal. The multicoloured rainbow formed by the sunrays landing on the dispersed water particles of the fall is a fascinating sight to see. Group picnickers can find plenty of possibilities in the evergreen forests throughout the fall season.

The Gudahandi hills are located near Khaligarh, a little village on the Koraput District border, some 17.6 kilometres north-east of Ampani. Ampani is located 77 kilometres from Bhawanipatna on the way to Nawarangpur. Some old caves in the Gudahandi hills show pictographic paintings of remote antiquity, and Khaligarh is a very remote location, with the 17.6 K.Ms of Ampani being cart trackxt sections of which traverse through deep forest.

The Gudahandi hills are made up of three minor hills that are all bent in length. The North and South hills meet in the East, leaving a courtyard-like valley in between that is open to the West. This valley is paved with a massive stone block that slopes down to the east. Rows of caverns may be found at the foot of these hills, facing the valley. Except for one in the north, all of the caverns are tiny. Although they have been hewed to shape by human hand in some places, they look to have been fashioned by nature itself in red slate stone. Pictographic drawings in red and black may be found near the entrances of several of the caverns in the southern row.

These have not yet been properly investigated, although it is widely assumed that they correspond substantially to the pictorial scripts of the Indus Valley Civilisation. Aside from Gudahandi in Kalahandi District, Bikramkhol and Ulapgarh in Sambalpur District, and Naraj in Cuttack District, several inscriptions resembling pictographic artwork may also be found. a fact indicating prehistoric man’s presence in Orissa The third hill, which extends north to south, sits to the west of the Valley. However, because this hill does not connect to the other two, the valley may be reached from both the north and south by a small pass. When all three hills are together, they resemble a pot with a lid on it. Gudahandi, which means “pot” in Hindi, may have derived its name from the image its form appears to impart.

Behera, a watercourse, runs through the settlement. There are remnants of an ancient dam across this ravine; locals refer to it as Bhima’s work, the second of the Pandavas.

Amathguda is a fort on the right bank of the Tel River, near where the road going to Balangir crosses the river. It is presently in shambles. Nothing is certain about this fort because its ruins have yet to be discovered. Given that it located near to the spot where the river has been forded from ancient times, the fort was obviously of significant strategic importance. The road, which was crossed by a modest bridge across the river, went approximately parallel to the former path. A new bridge was built just a few yards distant from the previous damaged bridge. Parts of this new bridge were swept away by floodwaters in the Tel River in 1977.

Asurgarh is a tiny town in the Narla Police Station region noted for the ruins of an ancient fort. It is 5 kilometres from Narla and 3 kilometres from the Rupra Road Railway Station. An oval-shaped tank over 200 acres (80.9374 Hects.) in size is located not far from the settlement. The remnants of a fort named Asurgarh may be seen between the tank and the river Sandul. The fort’s initial design was rectangular, spanning a large area of land and surrounded by a boat. It has four entrances, one on each of the east, west, south, and north sides, where the goddesses Ganga Devi, Kala Pahad, Vaishnavi, and Budharaja are worshipped. Within the fort, there is a modest halmets where Goddess Dokari (literally “Old Lady”), the fort’s presiding deity, is worshipped.

The fort’s middle section has a higher elevation with a circle atop it, which is thought to be the remnants of a palace. Locals say the fort was the seal of a demon known as GOSINHA DAITYA.

The scenic Ampani hills, located 77 kilometres from Bhawanipatna, offer a panoramic view of nature. In this hill range, a frolicking vally known as “Haladigundi” has certain unusual characteristics as a result of the sun’s reflected rays. Objects of eyesight seem yellow in the morning and evening. The entire area is teeming with spotted deer, Sambar, and Black Panthers, all of which can be viewed in the Behera reservoir. Gudahandi’s prehistoric cave paintings are 5 kilometres distant.

Belkhandi, located at the junction of the rivers Tel and Uttei, two tributaries of the Mahanadi, has acquired recognition as a centre of religious activity and archaeological significance with a picturesque setting. Aside from the temples that are already standing there, ruins of 12th century structures have recently been uncovered there. Among the discovered sculptures are depictions of Sapta Matruka (Seven Mother Goddesses) and Uma Maheswar. The Belkhandi ruins are preserved in a small museum next to the temple grounds. It is also an excellent location for a day trip. This location is 67 kilometres from Bhawanipatna.

The ex-state of Kalahandi’s former capital. Junagarh was a well-built fort with a number of temples with Oriya inscriptions. This is a location with sculptural traces of the “Sati-Rite,” which was prominent in mediaeval India and was suppressed by Lord William Bentick under British rule. The sculptures are known as Sati Pillars, and they make for an intriguing study. Junagarh is located 26 kilometres from Bhawanipatna. The Aaradhy Devi is Maa Lankeswari.

Karlapat is a tiny hamlet located in the Th.Rampur Police Station district. A nearby water fall known as “Khandual” falls at the foot of a hill, the summit of which is the dwelling of a female deity known as “Khandua.” Previously, the fall was used in some primitive method of operating a crushing mill. A temple devoted to “MANIKESWARI” may be found at Karlapat.

MOHANGIRI Mohangiri is a hamlet in Madanpur-Rampur Police Station, near the Boudh-Kandhamals District line in the district’s north-east corner. It’s 35 kilometres from Madanpur Rampur. The town is located beside the Kali Ganga, a mountain stream. On the bank of the creek, a ruined Siva Temple exists. On its walls and pillars, there are a few brief epigraphic records.

Rabandarh is a picturesque beauty located around 12.8 kilometres from Bhawanipatna and accessible by a dirt road. It is named for a little waterfall located within a mountain canyon. The environment nearby presents some lovely contrasts in scenery, in mountains and overhanging dales, in blasted rocks and dense woods, and in the perpetual serenity of the surrounds interrupted by the sound of the fall. Despite poor connectivity, picnic parties from Bhawanipatna visit the site from time to time because there is no market nearby.

Best Time to Visit Kalahandi The months of October through March are ideal for visiting the Kalahandi area.

How to Reach Kalahandi

  BY Air : Raipur, Bhubaneswar, Visakhapatnam are the nearest Air-Port

  BY Road: Connected to Bhubaneswar, Raipur and Visakhapatnam . NH-26 crosses across the district