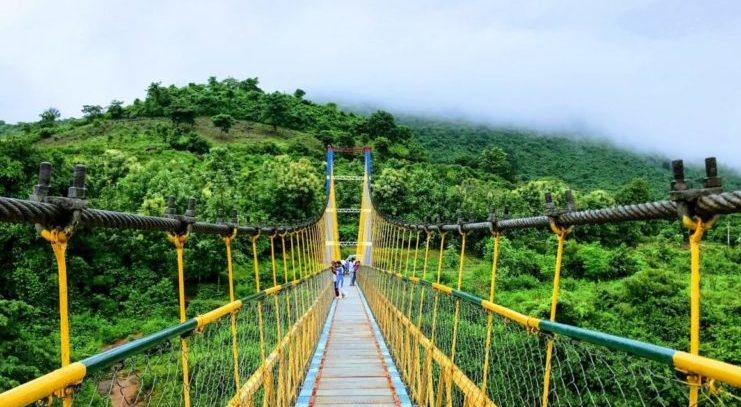 Rayagada is a district in Odisha, India, that was established as a distinct district in October 1992. Tribes, particularly the Khonds and Soras, make up the majority of the population. The district’s indigenous population speaks Kui and Sora in addition to Odia. It is a natural beauty site with a siva temple situated at the confluence of three rivers. It’s nestled in the middle of a thick forest that’s teeming with wildlife. Sivaratri is a well-known event in this area. Despite the lack of a decent all-weather road, the area is worth seeing.

Best Places to Visit in Rayagada

It is roughly 48 kilometres from Rayagada and is surrounded by a succession of valleys and wooden hills of varied colours. It is a pilgrimage site for the Mahadev temple. It provides picnickers with a beautiful view of the waterfall. On Siva Ratri, the Siva temple is the focal point of frantic activity. The DongariaKondha of Chatikona are the tribe’s most primitive members.

Rayagada is approximately 134 kilometres away. It is a natural beauty place with a Shiva temple at the confluence of three rivers. It is located in the centre of a lush forest teeming with wildlife. Sivaratri is a well-known celebration in this region. Despite the fact that there is no decent all-weather road, the area is worth seeing. There is regular bus service from Rayagada and GunupuruptoGudari. The remaining distance is 25 kilometres. The road is jeep-able.

The Hanging Bridge, which connects the two banks of the Nagavali River and provides access to the destitute rural tribal community, is a 151-metre suspension bridge and the state’s second of its type. Around 20,000 tribal peasants living in nine panchyats on each side of the Nagabali river on the outskirts of Rayagada have surely moved them closer to the town. Chief Girish Bhardwaj of Karnataka’s Bharat Grama SethuPratisthan designed it. The district administration assigned the task to the Odisha Police Housing Corporation, which drew up a scheme worth more than one crore.

Maa Majhighariani is well-known in Odisha’s southern division and Andhra Pradesh. The majority of devotees come from Madhya Pradesh, Chatishgarh, and Andhra Pradesh, especially the undivided Koraput District. Only the visage of the Maa MajhiGhariani is revered. During Sunday, Wednesday and Friday a significant number of Devotees are flocking to this spot for worshipping the Goddess. The temple is well-known during Chaitra-Parbai, which occurs between March and April each year.

The famous Laxminarayan Temple is located at the IMFA Factory in Therubali. Thousands of followers worship the deities Laxminarayan, Hanuman, Lord Jagannath, Balabhadra and Subhadra, and Lord Siva.

Rayagada is best visited between October and February, when temperatures are milder and the rainy season is passed.

How to Reach Rayagada

The nearest airport is at Visakhapatnam (Andhra Pradesh), which is 200 kilometres distant and has direct flights to New Delhi, Kolkata, Chennai, Mumbai, and Nagpur.