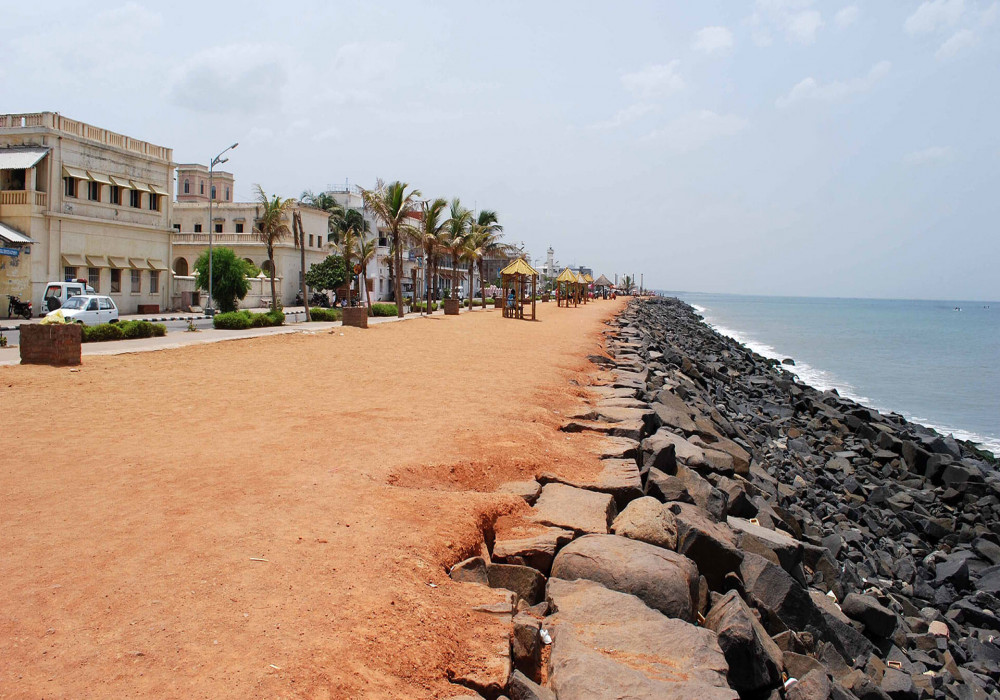 Pondicherry, the “City of Dawn,” is a bustle-free town on India’s south coast, away from the loud screams of city lifestyles. The distinct connection with France, the cunning colonial architectural building with heritage, the tree-lined thoroughfare, the spiritual cityscapes, the very distant virgin beaches, and the unique backwater and with many attributes Pondicherry converted into Puducherry draws tourists from all over the world. It is the ideal vacation destination for globetrotters looking for peace and tranquillity in pristine nature while on vacation.

Puducherry, Yanam, Karaikal, and Mahe are the four coastal regions that contributed to the formation of this Union Territory. Two of these four exclusion zones, Puducherry and Karaikal, are located on the east coast of Tamil Nadu. On the other hand, the west coast of Andhra Pradesh and Kerala is home to two other French Indian enclaves, Yanam and Mahe.

On January 7, 1963, the former French colony of Puducherry was converted into a Union Territory of India, and on September 20, 2006, this Union Territory was renamed Puducherry. Since the French occupation, travellers have been eager to experience the allure of this location, and this interest has grown in many ways.

Pondicherry is a compelling place to visit in India because of the tranquilly of the alleys and the bustling boulevards; the fusion of Tamil and French cuisines and architecture; and the jovial crowd. The Union Territory of Pondicherry, which has a beautiful coastline, is a popular destination for beachgoers who want to participate in a variety of water activities. The colonial architecture complements the beach life, while Auroville adds a new dimension to Pondicherry tourism. Pondicherry, if there is one tourist destination in India that can meet your need for a relaxing vacation, has to be it.

Oh, the allure of the French world colliding with sea life – how can one resist something so surreal yet so real? Pondicherry is a compelling place to visit in India because of the tranquilly of the alleys and the bustling boulevards; the fusion of Tamil and French cuisines and architecture; and the jovial crowd. The Union Territory of Pondicherry, which has a beautiful coastline, is a popular destination for beachgoers who want to participate in a variety of water activities. The colonial architecture complements the beach life, while Auroville adds a new dimension to Pondicherry tourism.

The months between October and February are ideal for visiting Pondicherry.

17 Best Places to Visit in Pondicherry

Pondicherry, also known as Puducherry, is brimming with tourist attractions. For tour enthusiasts, the top ten most popular places to visit in Pondicherry are listed below.

Auroville is an international village surrounded by greenery and cashew nut plants. This picturesque village is located 8 kilometres from the main city of Pondicherry. Mother Mira Alfassa’s dream has come true with the establishment of Auroville. Her dream was to establish a village where people could live peacefully and together, regardless of caste, colour, or creed.

The centre of attraction of this village made of soil from 124 countries is a lotus-shaped urn called “Matri Mandir.” Tourists from all over India and from other countries come to learn about Supramental Consciousness.

Pondicherry, which is located on the Bay of Bengal’s coast, has a plethora of beaches, making it one of the most enjoyable holiday destinations in India. The main attraction of Pondicherry tourism is Promenade Beach, which is located on the island of Pondicherry. Aside from the turquoise blue sea water and the cool and refreshing breeze, Promenade Beach is adorned with numerous statues of prominent international personalities and structures. Because of the presence of the Joan of Arc statue, the Dupleix Statue, and the Mahatma Gandhi Statue, as well as the Heritage Town Hall and the Old Light House, the Promenade Beach is always crowded with tourists of various cultures. This Pondicherry beach is ideal for an evening stroll in a peaceful and refreshing environment.

The southern part of Pondicherry’s new bus stand is a popular tourist destination for those who enjoy travelling. It is a historic Botanical Garden that was established nearly 200 years ago. The French influence can be found throughout this garden. The main entrance is designed in a way that does not reflect the Tamil style. The Botanical Garden is unique in that it is located in a Tamil town and is adorned with French architecture. The pound stoned paths, abundant trees, and an ornamental and musical fountain make the entire garden a tourist attraction. In 1931, the French horticulturist and botanist George S. Perrottet named the area the Botanical Garden.

The French War Memorial, located on Goubert Avenue in Pondicherry, was built in 1971. It is the cenotaph of these great soldiers who died as martyrs for their country during World War I. Tourists compete with a massive statue of Mahatma Gandhi in front of this memorial. Every year on July 14th, this memorial is elegantly adorned with a variety of lighting fixtures. This is known as Bastille Day, and on this day, residents of Pondicherry and nearby cities pay homage to the great martyrs. It goes without saying that this memorial is well-known among visitors and is one of the best tourist attractions in Pondicherry.

5. Basilica The Sacred Heart of Jesus

Basilica Consecrated The Sacred Heart of Jesus was consecrated on December 17, 1907, on Pondicherry’s Boulevard. The cathedral was built in the Gothic architectural style, and it has become the pride of the Christian community all over the world. It was built with 24 columns on a 50-meter-long and 48-meter-wide base. The amazing stained glass windows of this cathedral, which depict devoted 28 saints, have brought this 18-meter-high structure to the pinnacle of popularity. The globetrotters are enticed by a beautiful grotto, devotion chapel, and Parish Hall.

Sri Varadaraja Perumal Temple is the oldest of the temples in Pondicherry. This Hindu temple is located on Pondicherry’s M.G Road. Tourists from all over the world flock to this Union Territory to see the 600-year-old shrine. This temple’s engraved pillars are a perfect example of Dravidian architecture. This temple’s colourful pyramidal towers house models of Hindu Gods and Goddesses. This temple is dedicated to Lord Vishnu’s incarnation, Varadaraja Perumal.

However, the temple is completed with statues of Rama, Laxman, Sita, and Lord Hanuman, who are central characters in the Ramayana. All idols are taken from the sea. These idols were brought one by one by local fishermen. Lord Narashimha, another incarnation of Lord Vishnu, is also adding to the temple’s beauty. It is a popular pilgrimage site not only in Pondicherry, but throughout South India.

The perfect greenery of Pondicherry, the French Town, is Bharati Park, also known as Government Park. In the summer, the abundance of trees provides relief from the scorching heat of the sun. Because of its amazing features, the park is a very popular public area. A small pond provides swimming opportunities for children visiting Bharati Park.

This area is outfitted with a number of granite benches where visitors can rest. Even a stroll through the cool shade of trees is a truly dynamic experience for every visitor. Another attraction in this park is Aayi Mandapam, which divides the park into four equal parts. Aside from these four lanes, visitors can see a plethora of ancient sculptures.

The Raj Nivas and The Museum have stately structures in Bharati Park, also known as Government Park. The Raj Nivas is the former French Governor of this Union Territory’s palace, and the Museum houses numerous excavated collections from the historic and prehistoric eras.

One of Pondicherry’s attractions is the Sri Aurobindo Ashram. This hermitage was founded on November 24, 1926, by the famous Indian freedom fighter Sri Aurobindo and his spiritual collaborator Mira Alfassa. This ashram is based on a yoga sermon where seekers of the truth come to learn the art of living.

Today, this religious retreat centre is the destination for over 1500 spiritual admirers from all over the world. Instead of being a separate community, every seeker’s life goal is the same under the spiritual guidance of Sri Aurobindo and Mira Alfassa. The credo of the harmonious community, orchid garden, and Aurobindo’s tomb are all very appealing to travellers from all over the world.

Another tourist attraction in Pondicherry is the Ousteri Lake and National Park. It is nearly 4 square kilometres in size and is located between Pondicherry and Villuppuram Road. The IUCN has designated this man-made fresh water lake as one of Asia’s most important wetlands (International Union for Conservation of Natural and Natural Resources).

This well-known lake is home to a diverse range of flora and fauna. During the winter and summer seasons, the wetland is teeming with migratory birds, as well as a variety of fauna and vegetation. Because of the presence of golden oriole, white breasted water hen, open bill stork, white ibis, tailor bird, painted stork, and many other species, visitors love to visit this water-body. The Pondicherry Tourist Development Corporation and the Forest Department have many plans for this location.

It is first planned to be built on the outskirts of Chennai’s Vedanthangal Bird Sanctuary. The adjacent water body will soon be litter-free, horn-free, and plastic-free zone for the safety of migratory birds and for ecological importance. The house-boat service is currently the best part of this wetland. So it goes without saying that a swarm of shutterbugs cannot leave the scope to take endless photos of this panoramic natural beauty.

Pondicherry Museum is in the heart of the city. This museum houses a large collection of sculptures and historic or prehistoric stone artefacts from the ancient port of Arikamedu, which is thought to be the Roman settlements of 2000 years ago.

Aside from these discoveries, some rare graven figures, statues, and bronze sculptures from the Chola and Pallava dynasties draw tourists in a magical way. This museum in Pondicherry is a great place for historians and archaeologists in your group to learn about the French colonial lifestyle.

1. Surguru – South Indian cuisine is unbelievably delicious. The idlis dissolve in your mouth.

3. Paradise Beach – To get to the beach, take a boat across the backwaters.

7. Don Giovanni’s and Giorgio’s Pizza – If you’re tired of all the South Indian restaurants and patisseries, try Italian. 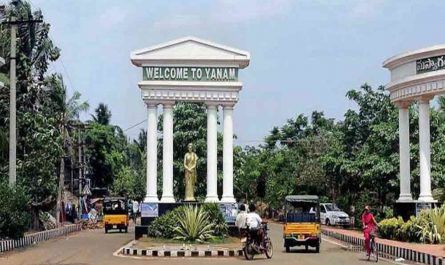 11 Fabulous Places to Visit in Yanam 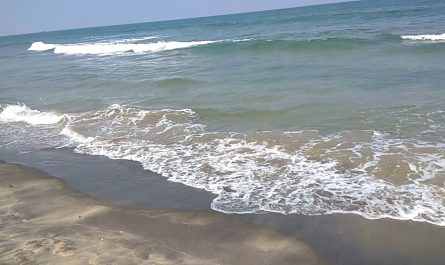 7 Best Time to Visit in Karaikal 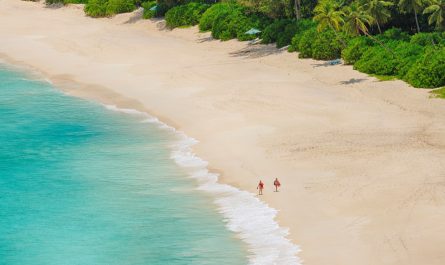