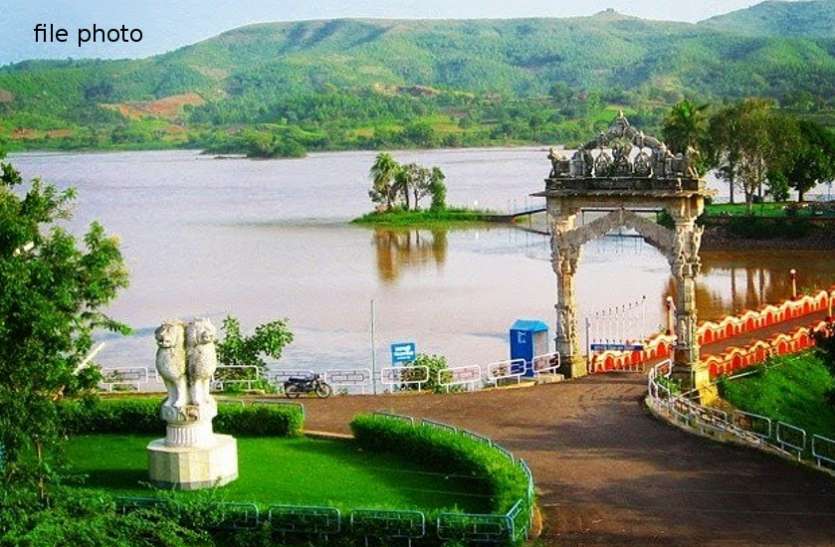 With its cultural, historical, and natural riches, Banswara has established itself as a unique entity in south Rajasthan, surrounded by the magnificent Aravali hills and lush green scenery. Despite external invasions, the tribal populated area of the wagad region has maintained its tradition. Banswara is a city in India’s Banswara District, located in the state of Rajasthan. It is called for King Bansiya Bhil, as well as the nearby “bans” or bamboo woods. The ancient Sun Temple, Laxmi Narayan Temple, Jain Temple of Sambharnath, Lord Amaliya Ganesh, Maha Laxmi Temple, and Dwarkadhish Temple are all located in this town. In Talwara, a number of Sompura Sculpture artists may be seen sculpting stones alongside the road.

Best Places to Visit in Banswara

With its cultural, historical, and natural riches, Banswara has established itself as a distinct entity in south Rajasthan, surrounded by the gorgeous Aravali hills and lush green terrain. Despite external invasions, the tribally populated wagad region has preserved its heritage.

The location’s historical heritage is magnificent. The tribal hero BasiyaBheel exemplifies the bravery of the native tribal community. It is thought that the abundance of bamboo trees resulted in the name Banswara. Bamboo goods are still widely available here, attracting visitors’ attention. Not only is the location a very appealing tourist destination in general, but it is also a very special site for religious tourism.

While a tourist can feast his eyes on the beauty of the rich forest, flowers, rivers, water falls, green hills, folk dance, folk songs, and ancient sculptures, those with a spiritual bent can find fulfilment by visiting religious sites, as Banswara is also known as Lodhi Kashi, which translates to “mini Kashi.”

Chacha Kota, a magnificent natural area 14 kilometres from Banswara, is located in the backwaters of the Mahi Dam. The approach to the location is similarly attractive, with Kalpvriksha and Baitalaab lakes on the route to Chachakota. The lush hills, the sea beach-like landscape with “water water everywhere” for as far as the eye can see. The surrounding high-rising hills, the green passage all the way along the approach road, the serpentine zigzag road, and the waterfalls all contribute to the sensation of being in Switzerland. Chacha Kota, which is surrounded by natural beauty, attracts travellers all year.

The Mahi Bajaj Sagar dam is the lifeline of the Banswara district, and it has proven to be a significant source of agricultural and economic development in the region. The Mahi Dam is the largest water reservoir in the division of Udaipur. The dam is located 18 kilometres north-east of the district seat, surrounded by high-rising hills. The dam’s overall length is 3.10 kilometres. And the overall capacity of the water reserve is 77 tmc. A number of hills remain partially submerged in the Mahi Dam Backwater, providing a lovely perspective of the Small Islands, which is why the area is also known as the “City of Hundred Islands.” When the main Dam gates are opened to discharge surplus water during the rainy season, it offers a beautiful sight for tourists. The Mahi Dam is a well-known tourist destination.

The ancient Umrai village temple of the region’s presiding mother deity Raj Rajeshwari Tripura Sundari is located on the Banswara Dungarpur road near Talwara. The temple is a sacred site for Shakti upasana, or mother deity worship. Tripura Sundari Temple is said to have been created on the foundation of shakt darshan, according to tantric worship style. Because there is a shiv linga from the reign of King Kanishka on the north side of the temple, it is assumed that this location existed before to Kanishka’s reign. The Panchal community has repeatedly rebuilt the temple. The main draw of the location is the most amazing and appealing black stone idol of the deity. The Shrichakra at the feet of the idol, according to academics, is the most powerful emblem of Tantric adoration.

Tripura Sundari’s beautiful idol has eighteen arms with various armaments riding a lion. Around the main idol are tiny idols of 52 Bhairwas and 64 Yoginis. The government has invested heavily in the repair and beauty of this neighbourhood. The temple rehabilitation project is now underway. Tripura Sundari is the most well-known pilgrimage site in the wagad region, and people come from far and wide to worship and honour the tribal area’s patron deity. Every year during Navratri, a large Garba (Dandiya) festival is held.

The prominent Jain pilgrimage site Andeshwat temple is located 40 kilometres from Banswara on the Kushalgarh route. This temple houses the stone idol of JainTirthankarParshwanath. Beautiful mirror paintings of key Jain pilgrimage sites have been done inside the temple. On the site, there are also stunning marble sculptures. Picnics, religious and scholarly purposes draw people of all faiths to this location on a regular basis.

The Dargah of Abdul Rasul, also known as the “Abdulla Pir,” is located in the city’s southern outskirts. Every year, “Urs” is held at the Dargah, and it is quite popular with the general public. It is attended by a significant number of people from the Bohara community. 3 kilometres from the district headquarters How to Get There: From Banswara City, take a left at Customs Circle and continue straight for 1.5 kilometres via Raj Talab.

BanswaraKagdi Pick-up, located in the city’s eastern outskirts, is a popular tourist destination. The Kagdi lake and the garden on the outskirts are well worth a visit. Several migratory birds have made the lake their home, especially during the wet season. It is a popular destination for bird watchers, especially at sunrise and sunset.

Govind Guru was a prominent Bhil saint who established the Mangarh hill as a religious centre. He awoke the Bhil people and instilled in them a spirit of patriotism. The Bhils were so moved that they gave their life in exchange for freedom. Later, 1500 GurubhaktBhils gave their life in battle against the British forces. As a result, it is also known as Jallianwala Bagh in Rajasthan.

The main attraction of the Banswara district is this archaeologically significant site. There is an ancient temple complex built in the 11th and 12th century. It was the capital city of the Parmar monarchs in ancient times. Many temples have been uncovered, revealing our rich heritage’s magnificent past. It’s known as the “village of old and shattered temples.” 55 kilometres from the district headquarters How to Get There: Reach Garhi tehsil on the Banswara-Dungarpur Route and turn left from the main road via Bori-Aajna.

The famed Bhrahmaji temple at Chinch village, on the Banswara-Bagidora route, was established in the 12th century. Inside the temple stands Lord Brahma’s Saptdhatu idol. The sculptural brilliance of the Brahmaji idol is highly remarkable. Brahma temple is quite unusual, as Brahmaji temples are normally not located anywhere.

The famed Lord Shiva temple, located to the north-east of the city, houses a massive Shivalinga inside a mountain cave and is a prominent centre of Shiva devotion. This temple was cut out of the mountain, and the trust developed quite impressive surroundings that provide a very relaxing effect to guests. Most notably, every year, KavadYatris walk 42 kilometres. To obtain holy water in order to perform a specific abhishekha, or holy bath of the Shivalinga. Every year on the day of MahaShivratri, a major fair is held.

The Beneshwar Dham is regarded as the Wagad region’s prayag. The confluence of three rivers, the Mahi, Jhakham, and Som, occurs here. It is a significant centre for religious, cultural, and social activity. The location is well-known for its spiritual activities. Mavji’s manuscripts are available at this location. Beneshawar resembles a little island surrounded by rivers on all sides. At this location, there is an ancient Shiva temple, Radhakrishna temple, Brahma temple, and Lakshmi Narayan temple. Every year during Magh Poornima in February, Rajasthan’s largest tribal fair is held here. This seven-day fair is co-organized by the district administrations of Dungarpur and Banswara. During this time, tourists can also see Sant Mavji’s Chopra (Mavji’s composition, also known as Mavji’s Chopra).

Ghotia Amba, 35 kilometres from Banswara, is said to have been the hiding location of the Pandavas during the Mahabharat period. Ghotia Amba has a particular significance among the district’s tourist attractions. People here think that the term Ghotia Amba comes from the mango trees (named Amba in local dialect) planted by the Pandavas. Every year during the Hindu month of Chetra, a great fair is held here, attracting pilgrims from Rajasthan, Gujarat, and Madhya Pradesh. Another place of worship called KelaPani is very close to this one. Kela means Banana, and it is said that Pandavas offered meals to the Rishis and Sages in Banana leaves at this location.

The Devasthan Department of the Rajasthan government is in charge of this temple and its surroundings. Apart from these, there are a few other important sights in and near Banswara that are worth viewing and visiting. Natural attractions such as Jua Fall, SingpuraJharna, and Pratap Setu on Ratlam Road, as well as religious sites such as Mangleshwar, BhavanpuraBhairavji, Sidhi Vinayak, Sun Temple Talwara, and Abdulla Peer Dargah, are very famous and significant on the district’s tourist map.

Banswara Weather in October-December: Warm and pleasant daytime temperatures, along with just the proper amount of dampness in the air, make October and December the finest months to visit Banswara.

How to Reach Banswara