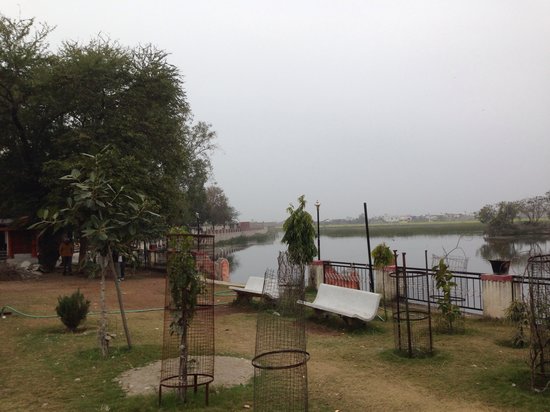 Baran is a city in the Baran district of Rajasthan, India. It is the district seat of the Baran district and is known for the 11th century Bhand Devra Temple on the banks of the Ramgarh crater. It’s 339 kilometres from Jaipur, the state capital, to Kota. Ram-Sita temples, peaceful picnic places, and lively tribal fairs and festivals are all popular in the city. Baran’s history stretches back to the 14th century, when the territory was controlled by Solanki Rajputs. When Rajasthan was reorganised in 1949, Baran became the head-divisional quarter of Kota.

Best Places to Visit in Baran

Shahabad Fort, located approximately 80 kilometres from Baran, is regarded as the strongest fort in the Hadoti region. This fort was built in 1521 AD by Mukutmani Dev, a Chouhan Dhandhel. It is nestled in a lush forest among the high mountain ranges. The fort is surrounded on two sides by Kundakoh Valley, and on the other two sides by high rocky hills and ponds. The fort is thought to have had eighteen cannons, one of which was 19 feet tall.

Sitabari is a great picnic site in the Hadoti area, located about 45 kilometres from Baran in Kelwara Kasba on the National Highway connecting Shivpuri and Gwalior. This is a holy place of devotion. It is commonly known in the area that ‘Sita mata’ stayed in this location after Bhagwan Ram abandoned her. This location is often referred to as the birthplace of Lav and Kush. Sitabari has various Kunds, including Balmiki Kund, Sita Kund, Laxman Kund, Surya Kund, and Lav-Kush Kund. Sita-Kuti is also located near the shrine in the jungle. Every year in May/June, the tribal Sahariya fair is held here.

Shershah fort is located 65 kilometres from Baran in Tehsil Atru. It is located on a hilltop on the banks of the Parban River. During the Malwa Reign, Shershah of the Sur dynasty seized this fort and gave it its name. It is one of India’s oldest forts. According to the fort’s scriptures, Samanta Devdutta governed the fort around 790 AD. He had also built a monastery and a Buddhist temple on the grounds of the fort.

The fort is located approximately 73 kilometres from Baran in the tehsil of Kishanganj. The Fort is an outstanding red stone edifice and a fine example of Mughal design.

Bilasgarh is located in Kishanganj Tehsil, 45 kilometres from Baran. Bilasgarh, formerly a well-developed city, was demolished under Emperor Aurangzeb’s orders. According to legend, Aurangzeb was smitten by the princess of the Khechi kingdom, the rulers of Bilasgarh at the time, and ordered his forces to bring her to him. The princess chose death over becoming Aurangzeb’s queen and hence committed suicide. The location where she committed suicide is now known as ‘Kanya Dah.’ Agitated by this behaviour, Aurangzeb’s forces demolished the entire city of Bilasgarh. The destroyed city is isolated among a deep forest.

Ramgarh-Bhand-Devara temple, often known as ‘Mini Khajuraho,’ is located 40 kilometres from Baran. The Lord Shiva temple in Ramgarh was built in the 10th century and resembles the well-known Khajuraho temples. The temple’s name derives from the presence of Maithun statues within its grounds. The temple is currently owned by the archaeology department.

This temple has historical significance and is a popular tourist destination. This temple on the hilltop was built by Jhala Zaalim Singh. To get to the summit of the hill, you must climb 750 steps. Within its grounds are Kisnai Mata and Annapurna Devi temples. In one temple, the goddess is worshipped with sweets, whereas in another, the goddess is served with meat and drink. Every year during Kartik Poornima, a fair is held on the temple grounds.

Kapil Dhara, a popular tourist destination famed for its natural beauty, lies around 50 kilometres from Baran. This location also houses a ‘Gaumukh,’ which is a well-known waterfall in the region.

Kakoni is located 85 kilometres from the city of Baran. The location is on the banks of the Parban River, encircled by the Mukundra mountain range. The temples here are thought to have been built in the 8th century and to be the remains of Vaishnav, Shiva, and Jain temples. The majority of the statues from this temple are housed in museums in Kota and Jhalawar. In 1970, the archaeological department took over control of the site.

Soursan Mataji temple, also known as ‘Brahmani Mata Mandir,’ is located in Soursan hamlet, 20 kilometres from Baran. It is thought that the lamp ‘Akhand Jyot’ inside the temple has been lit for the past 400 years. Every year on Shiv Ratri, a fair is held in the temple grounds.

Soursan Wildlife Sanctuary, which covers an area of 41 square kilometres and stretches for more than 17 kilometres, is another tourist destination in the district. The sanctuary is located on a wasteland with a number of tiny ponds and lakes, and it is home to a variety of bird, mammal, and reptile breeds. River Parban flows on the sanctuary’s western side, while there are a lot of communities and fertile agricultural areas on the sanctuary’s eastern side.

How to Reach Baran

The Western Central Railways’ Kota-Bina route has Baran station. It is approximately 67 kilometres from Kota Junction.