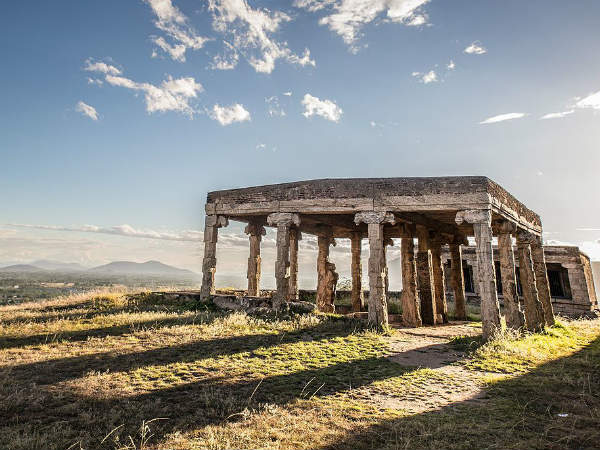 Best Places to Visit in Dindigul

Sirumalai is a 60,000-acre (200-kilometer) area located 25 kilometres (16 miles) from Dindigul and 40 kilometres (25 miles) from Madurai, Tamil Nadu, India. In the surrounding region, there are several high hills. Sirumalai is home to Hillock International School. Sirumalai is a lush woodland region with a mild climate all year. It has a diverse flora and fauna due to its elevation of 1600 metres above sea level. There are 18 hairpin curves on the slope. Sirumalai Hills has various stunning natural attractions that people appreciate, making it a popular resort.

The church is located at the summit of a hill on a slope. The nearest bus stop is 2 kilometres away. Residents commemorate the “Our Lady of Good Health” festival in September each year, with a flag flown prior to the celebration.

Sirumalai Lake has a tiny lake that was made artificially in 2010. This lake was created by man. This lake is surrounded by towering green trees. Boating is also accessible for those who like to leisurely glide across the lake’s calm waters. When there is enough water in the lake, boating is allowed generally on weekends.

An observation tower on the sixteenth Hair Pin Bend provides a (much needed) rest break. There is little else you can do at this point than admire the breathtaking panorama below.

When Lord Hanuman needed to look for a specific plant and couldn’t find it, he had to take the entire hill with him to treat Lord Laxmanan. On his journey back from Sri Lanka, a chunk of the hill fell here and became known as Sanjeevani Hills. This hill is a component of the Sirumalai Hills.

The Saathiyar River runs south from the Sirumalai highlands and falls into the Vaigai River. The basin is 819 square kilometres in size (316 sq mi). The sub-total basin’s ayacut is 4,279.89 hectares (10,575.8 acres). Saathiyar Dam, near Vadipatti, has been built across this river for irrigation purposes. This is the catchment region of Madurai’s Saathiyar Dam.

The well-known Lord Murugan temple (Vellimalai Murugan Temple) is located in a mountain 45 minutes’ hike up the valley. This temple is well-known among the surrounding villages and towns.

The Khandige estate is stretched across 1000 acres in the Sirumalai hills, an isolated set of hills in Tamil Nadu’s Dindigul district irrigated by three rivers, two of which are perennial and flow through the Khandige estate before spilling into the plains as a series of waterfalls. During the months of October and December, the area receives an average of 120-132 cm of rain. This estate, which is surrounded by around 20-30,000 acres of reserve forest, has a natural variety of flora and wildlife, notably medicinal plants, that has mostly been kept unspoiled. The principal goal of this estate is to protect the Western Ghats’ bio-diversity and to avoid or at least slow the degradation of this rich eco-system owing to excessive deforestation.

The location provides a panoramic view of Dindigul and Chinnamalai. At twilight, the Selvi Koil Point offers a stunning view of the brightly lighted Dindigul and surrounding Chinnamalai towns, which seem oval-shaped.

Agastya Puram is a town in the Sirumalai Hills named after the famous Agastya Siddhar. Agasthiarpuram, in the Sirumalai area, is a sacred location where siddhas (monks) have resided from ancient times. The location is surrounded by therapeutic plants and herbs. The famous Shiva Lingam, located at the top of the hill, dates back at least 500 years.

Silver Hill, located at Agastya Puram, is the highest hill in Sirumalai. It is stated that the pinnacle of the Silver Hill was made of silver, but to avert man’s destructive activities during the Kali Yuga, Agastya Siddhar turned the hill by alchemy into stone, thus the name Silver Hill. The glittering glitter of the hills may still be seen in the sunlight. A 500-year-old Shiva Lingam sits atop this Silver hill; the hike to the summit takes around 30 To 45 minutes.

Thadikombu Perumal Temple is around 18 kilometres from Dindigul on the Dindigul-Karur highway. Lord Alagar is the temple’s principal deity. The temple’s biggest celebration is held during the Tamil month of Chitrai, which occurs between April and May. For 12 days during this celebration, the deity is offered regular worship.

Palani Arulmigu Shri Dhandayuthapani temple is one of Murugan’s Six Abodes. It lies near the town of Palani in the Dindigul district, 100 kilometres (62 miles) southeast of Coimbatore and northwest of Madurai, in the Palani hills of Tamil Nadu, India.

Sage Narada once went to Shiva’s celestial court on Mount Kailash to present him with a fruit, the gyana-palam (literally, the fruit of knowledge), which contained the elixir of wisdom. When Shiva expressed his desire to divide the fruit between his two sons, Ganesha and Murugan, the sage advised him not to chop it. He intended to give it to whoever of his two boys completed the third round of the globe first. Karthikeya accepted the challenge and set out on his adventure around the world on his ride peacock. Ganesha, on the other hand, who reasoned that the world was nothing more than his parents Shiva and Shakti together, circumambulated them.

Shiva bestowed the fruit on Ganesha because he was pleased with their son’s insight. When Kartikeya returned, he was enraged to see that his efforts had been in vain. He left Kailash and settled in the Palani highlands of South India.

Kodaikanal is a prominent hill resort tourist destination in South India. This hill station is located in the upper Palani Hills of the Western Ghats near Madurai, Tamil Nadu, and is 7200 feet above sea level. Kodaikanal is sometimes referred to as the “Princess of Hill Stations.” The chilly and foggy air, the panoramic grandeur of the undulating hills and forested forest of Kodaikanal and its surrounds would captivate any tourist all year. Walk through the beautiful forests, row on the lake, bathe in one of the gushing waterfalls, go horseback riding or cycling around the lake, or simply enjoy the scenery.

The Indian Institute of Astrophysics’ Kodaikanal Observatory is located in Southern India’s magnificent Palani range of hills. It was founded in 1899 as a Solar Physics Observatory, and all of the Madras Observatory’s operations were relocated to Kodaikanal.

The Observatory’s 20 cm refractor is occasionally used for cometary and occultation observations. It is also occasionally made available to guests for viewing the night sky.

For tourists, the Observatory has set up a popular Astronomy museum on campus. The exhibits are mostly photographic, with a few models thrown in for good measure. There is also a live solar picture and the Fraunhofer spectrum. From April 1st to June 15th, the Kodaikanal Observatory is available to the public from 10:00 a.m. to 12:00 p.m. and 14:00 to 16:00 p.m. For the remainder of the year, the Observatory will be available to the public exclusively on Fridays from 10:00 a.m. to 12:00 p.m.

Best Time to Visit in Dindigul

The months of October through March are ideal for a visit to Dindigul.

How to Reach Dindigul

Madurai and Dindigul are connected by National Highway 7. Dindigul is located on NH 45A, which links Kanyakumari and Chennai. NH 209 also links Bangalore and Dindigul. Dindigul is crossed by state highways such as the Bathalgundu Road and the Natham Road. Dindigul is served by the state transport corporations of Karnataka, Kerala, and Tamil Nadu. Many other private players feel the same way.

Dindigul Railway Station has strong connections to both Madurai and Chennai, with all trains running south from Chennai to Madurai passing through. It also is on the passenger railway line between Karur and Madurai, which serves Palani.

Nearest Airport: The Madurai Airport is 70 km from Dindigul.