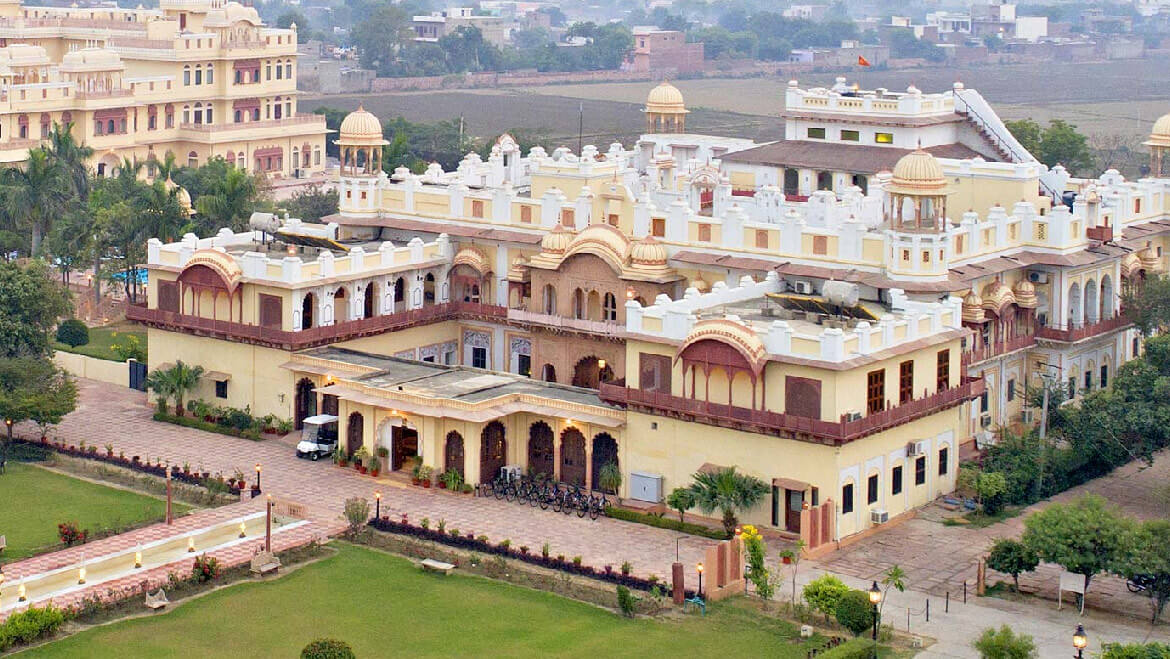 Bharatpur is a city in eastern Rajasthan, India. The Lohagarh Fort, built in the 18th century and encircled by a moat, lies at its heart. The Government Museum, located within the fort, houses relics from local rajas. The temples of Ganga Mandir and Laxman Mandir, both of sandstone, are filled with sculpted sculptures of Hindu gods. Keoladeo National Park, located south of the city, is a large bird sanctuary with hundreds of species.

Best Places to Visit in Bharatpur

Bharatpur is a renowned tourist destination in Rajasthan, and most Rajasthan itineraries include Bharatpur tours. Bharatpur as a tourist location has a lot to offer. It is a genuinely worthwhile visit, with tourist attractions ranging from sanctuaries to palaces. People travel from all over India and the world to Bharatpur to experience the serene beauty of the place. Bharatpur’s popularity has surged in recent years. It will expand much more as Bharatpur becomes a more well-known name on the global tourism map. Among the many attractions in Bharatpur, the Bharatpur Bird Sanctuary is the most popular tourist destination. Nature enthusiasts will have a great time at this specific bird sanctuary.

The park in question was designed with a specific purpose in mind. It was constructed to protect Bharatpur from the effects of flood water. The noble cause was championed by the Maharaja of Bharatpur, who built it in the nineteenth century. The Bharatpur Bird Sanctuary, which is home to 350 species of birds and a diverse range of reptiles, was designated a World Heritage site in 1985. The sanctuary’s character may not have changed significantly as a result of the designation, but it has certainly garnered the attention of a great number of tourists.

On November 11, 1944, the Bharatpur Government Museum, housed in Lohagarh Palace, was inaugurated. The site is around 4 kilometres from Bharatpur’s major bus station and has texts and old artefacts from the first part of the nineteenth century. The museum’s collection includes approximately 120 terracottas, 670 coins, 196 miniature paintings, 10 inscriptions, 581 stone sculptures, and 861 works of local art and craft. The Kachari Kalan structure at Lohagarh, which was built during Maharaja Balwant Singh’s reign, has been converted into a museum and is open to the public. The texts and historical items were collected from various parts of the region and kept here in 1939 AD.

The gardens have been laid with great care and accuracy, the dazzling fountains and exquisite buildings add to the charm of this peaceful refuge of the lords of Bharatpur. Tourists like the attractive scenery of this agricultural town, as well as the well-preserved palace pavilions and gardens.

Raga Suraj Mal erected the fort, which sits majestically on a slightly raised location. The fort is encircled by spectacular moats, trenches, and gateways; the interiors are mostly in ruins now, but the watch tower still stands in the ruins, keeping an eye on the City and Palace; a gun seized from Agra fort is put atop it.

An artistically built architectural complex with finely landscaped gardens at its entrance and the rear overlooking the Gopal Sagar, flanked by smaller pavilions Sawan and Bhadon, completed in 1760. The formal gardens face an elevated terrace with a gleaming marble arch set on a pedestal in the shape of a swing. This magnificent swing was brought in from the Mughal court in Delhi by the great Jat king Raja Suraj Mal. The Banquet Hall is wide and perfectly proportioned, with a double row of graceful pillars. A lovely subterranean pool with fountains separates the chamber from the back. The Banquet Hall is home to a large collection of curios, souvenirs, and Victorian furniture. Staircases wind their way up to the upper floors. A solid black marble bed from Delhi may be found in one of the rooms.

It houses the dining room and has sloping arches with comfy cushions forming the seating area along the outside edges. The royal Chess Room’s walls have a trellis design and are painted in a soft red colour.

This palace, located to the east of the main building, includes balconies that overlook the water. The entire marble palace is designed to look like an open pavilion with excellent embellishments within the chambers.

It’s a raucous audience hall. KRISHNA BHAVAN and the cleverly planned water works of KESHAV BHAVAN, with an open twelve-pillared pavilion, are both fascinating.

It is the oldest palace, designed as a wide rectangle surrounded by compartments and chambers, and it has some very magnificent Rajput and Mughal schools.

The Iron Fort, also known as Lohagarh Fort, lived up to its name by standing firm in the face of numerous British assaults and frustrating them till the end. It was attacked four times by the British, and after a long siege, they were forced to leave, but Lord Lake was successful in conquering it in 1805. It is considerably distinct from other forts in the state; there is no flamboyance associated with the fort, but it exudes strength and magnificence. The fort is surrounded by a moat that was formerly filled with water to deter enemy attacks. Because the sandy ramparts were reinforced with sandy battlements, enemy guns were rendered ineffective. Kishori Mahal, Mahal Khas, and Kothi Khas are three significant monuments in the fort. To commemorate victory over the Mughals and the British forces, the Moti Mahal and towers such as Jawahar Burj and Fateh Burj were built. The Gateway features paintings of enormous elephants.

This is the historical “Ganga Mandir” in Bharatpur’s heart. This is located in the main gate of the iron fort known as “Choburja.” This is one of the most valuable pieces of architecture in Rajasthan’s eastern region.

At the Bus Stand and Railway Station, auto rickshaws, cycle rickshaws, and Tongas are available. Rates can be negotiated.

Bharatpur is best visited between October and March.

November to February is the winter season. The comfortable temperatures of 7°C at night and 27°C during the day make this the finest time of year to visit Bharatpur. People are compelled to visit the holy locations of Bharatpur during this season.

How to Reach Bharatpur