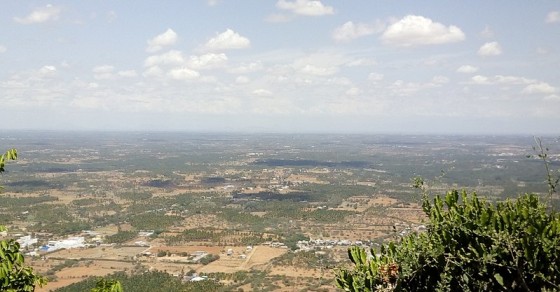 Erode is a city in the Tamil Nadu state of India. After Chennai, Coimbatore, Madurai, Tiruchirapalli, Salem, and Tiruppur, it is the state’s sixth biggest urban agglomeration. It also serves as the administrative centre for the Erode district. Turmeric farming and textile manufacture are two of Erode’s most well-known industries. In the area, there are several tourist attractions. Bhavani Kuduthurai, Kodiveri Dam, Chennimalai, BhavaniSagar Dam, Pariyur, and Kodumudi are among the most significant locations.

Best Places to Visit in Erode

The rivers Cauvery, Bhavani, and Amutha meet in Bhavani Kuduthurai. This location is as well-known as Allahabad’s Thriveni Sangamam. Sangameshwarar, a well-known temple, is located nearby. Throughout the year, a variety of festivals are held. Chithirai Car Festival is a highly prominent one that takes place in the month of April. Erode City is 15 kilometres distant from Bhavani.

Kodiveri Dam: This dam is 65 kilometres from Erode and 12 kilometres from Gobichettipalayam. This is a check dam built across the Bhavani River. This location is well-known for its natural visual beauty. The boathouse and the children’s park are more fun.

Kodumudi: This town is 36 kilometres from Erode on the road to Karur. This location is on the Cauvery River’s south bank. This area is exceptionally rich and well-known for its agricultural productivity. There is a well-known temple where the temples of the three Lords, Bramah, Vishnu, and Shiva, may be found. It’s unusual to come across a temple with all three shrines in one place. Shiva is referred to as Magudeshwarar, while Vishnu is referred to as Veera Narayana Perumal.

Chennimalai: This location is home to an old temple dedicated to Lord Subramaniya Swamy. This is around 30 kilometres from Erode. This temple is located on a small mountain with 1320 steps and a 4 kilometre road for automobiles. Valli and Deivanai’s sculptures are more artistic. Thaipusam, Panguni Uthiram, Surasamharam, and Karthigai Deepam are well-known festivities held here.

BhavaniSagar Dam: This dam is located 76 kilometres from Erode. This dam is the second largest in the state of Tamil Nadu. The dam is surrounded by a magnificent alpine setting. A lovely park is maintained by the Public Works Department.

BannariAmman Temple: On the journey to Mysore, this temple is located 73 kilometres from Erode and 83 kilometres from Coimbatore. The Mariyamman temple, which is well-known in Tamil Nadu, is located here. The shrine is encircled by deep woodland. The Kundam celebration is particularly popular here, and many devotees used to walk through fire during this time. This festival takes place in the month of April.

Aside from this, the bed sheet and cotton carpet are popular in the Erode district. The turmeric market is also a significant industry in the area.

Best Places to Visit in Erode

Bannari Amman Temple is 75 kilometres from Erode and 10 kilometres from Sathyamangalam. It is a well-known temple in the Erode District, located at the foot of the Western Ghats on the road to Mysore.

Thindalmalai – is 5 kms from Erode

Chennimalai – is about 30 kms. from Erode and 12 kms from Perundurai

The Sangameshwarar Temple at Bhavani is roughly 15 kilometres from Erode. Mukkoodal is the name given to the confluence of three rivers: the Cauvery, the Bhavani, and the unseen Amudha.

Culture and history fans will enjoy the Erode Government Museum. The museum has a rich repository of artefacts linked to art, anthropology, and archaeology, and it is one of Tamil Nadu’s major storeshouses of art and culture. The museum was founded in 1987 and is open on Sundays as well.

The Government Museum is a well-known gallery that displays regional art and culture. The museum, which displays inscriptions from the Kongu Chola Kingdom, first opened to the public in 1987. The gallery’s main features are artefacts, handicrafts, and stones from Bargur. There are also distinct areas for Thanjore paintings, manuscripts, and other pre-history objects. Furthermore, the museum is well-known for hosting botanical and zoological specimens, as well as a large collection of palm-leaf manuscripts.

Vellode Birds Sanctuary is roughly 15 kilometres from Erode. It’s near Vellode, on a vast lake surrounded by semi-dark vegetation. Many foreign birds live in this.772 km2 (0.298 sq mi) refuge. Thousands of birds from many nations may be found in the sanctuary, some of which can be clearly identified. Cormorants, teals, pintail ducks, pelicans, and darters are among the common bird species.

Best Time to Visit in Erode

The ideal time to visit Erode is from October to March.

How to Reach Erode