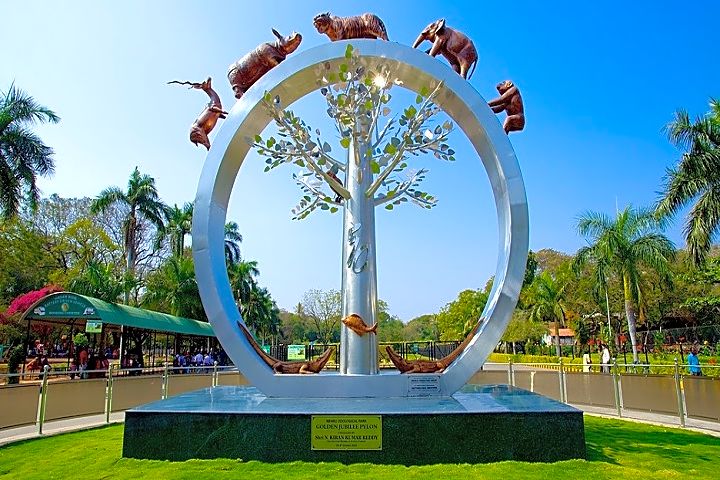 Mahabubabad is a district in the Telangana state of India. Following the reorganisation of districts in the state in October 2016, the district was created out of the former Warangal district. Suryapet, Khammam, Bhadradri, Warangal, Mulugu, and Jangaon are all within the district’s borders.

Best Places to Visit in Mahabubabad

The BheemuniPadam waterfall has gained attention when a group of dedicated travellers began making their way to it. Water flows from a hilltop around 20 feet in a semi-circular enclosure at the BheemuniPadam. Aside from the sound of cascading water, everything is peaceful. It has not been determined definitely where the water originates from. Even when there is a low flow, it is utilised to irrigate nearby crops.

Visitors think the waterfall has a lot of potential if amenities are built and the tourism department promotes it. Because the location might grow lonely, a lack of security is a problem. This location is breathtaking. It’s perfect for family outings.

Historic The Sri Veerabhadra Swamy temple is located in the Kuravimandal in the Mahabubabad district of Telangana, India. This temple is devoted to Lord Veerabhadraswamy, a fearsome Diety with three eyes and 10 hands. According to legend, the KuraviVeerabhadra Swamy temple was established around 900 AD by Bheema Raju of the VengiChalukya dynasty. Betharaju I, the emperor of Kakatiya, later took on the task of renovating the temple.

This temple was also mentioned by the legendary explorer ‘Marko-Poli’ since it served as the capital of the VengiChalukya Dynasty. Because the Kakatiya monarchs were renowned to be Lord Shiva devotees, they built and renovated temples throughout the realm. The historic Lord Veerabhadra Swamy temple is about one kilometre from Peddacheruvu, which is situated across 100 acres of land. It has a lot of potential for growth as a tourism destination.

Best Time to Visit in Mahabubabad

How to Reach Mahabubabad

TSRTC maintains a bus facility in Mahabubabad with a capacity of 100 buses. It provides a wide range of services to meet the requirements of its residents. It is located on the major Warangal-Bhadrachalam route. Every day, over 20,000 passengers pass through the bus station. Apart from the major bus station, there are also Kuravi bus station, Thorruur bus station, Pusalapalli bus stop, and several seven-seat autorickshaws and Commander Jeeps that link the neighbouring villages.

On the Kazipet-Vijayawada route, Mahabubabad is one of the busiest railway stops. Every day, over 4000 people pass through this system. When travelling to remote locations, locals will choose to use the train rather than the bus. Since 2004, the South Central Railway has classified Mahabubabad railway station as a “B1-Category Railway Station.”