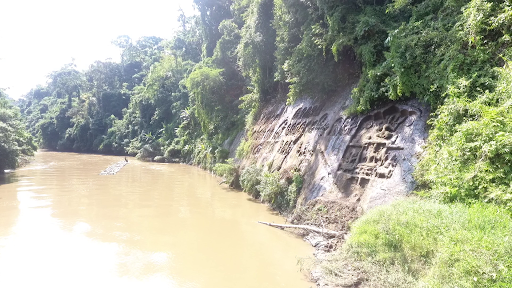 Gomati district is a district of Tripura, India.

Best Places to Visit in Gomati

Udaipur is a town in the Indian state of Tripura with its own municipal council. The Tripura Sundari temple, commonly known as the Tripureswari temple, is a popular tourist attraction in this city. It also serves as the administrative centre for the Gomati district. Agartala, Tripura’s capital, is roughly 55 kilometres from Udaipur. Dhani Sagar, Bijoy Sagar (Mahadev Dighi), Jagannath Dighi, and Amar Sagar are among the many manmade lakes. On the banks of the Gomati River, Udaipur is the third largest town in Tripura, after Agartala and Dharmanagar.

The Tripura Sundari temple, which is one of the 51 Shakti Peethas, is the most famous of Udaipur’s temples. Maharaja Dhanya Manikya Debbarma built the temple in the year 1501. Kalyan Sagar, a large lake adjacent to the temple, is a popular tourist attraction. Another well-known temple in this area is Bhubaneshwari Temple. Udaipur is renowned as the “lake city” because of its numerous gorgeous lakes. Bijoy Sagar, Jagannath Dighi, Amar Sagar, and, as previously noted, Kalyan Sagar are a few of them. It also contains a national library named after Kazi Nazrul Islam, called “Nazrul Granthagar.”

On the banks of Amarsagar, a 16th century manmade lake, Amarpur is an ideal peaceful picnic place. The settlement is built atop the remnants of a palace. A temple devoted to the eight-headed goddess Mangalchandi may be seen on the river’s southern bank. During the Basant Panchami festival, a fair is held (February).

These are two beautiful lake with historical importance.

Dumboor Lake -Location of Interest A 41-square-kilometer body of water with 48 islets surrounded by lush greenery. Additional attractions include water sports facilities. Near the lake where the River Gomati originates, there is a Hydel Project named Tirthamukh, where the famed ‘Pous Sankranti Mela’ takes place every year on January 14th. The lake is formed by the confluence of the Raima and Sarma rivers. During the winter, a variety of migrating bird species may be seen, and there is a large reservoir of natural and cultivated fish.

Both sides of the road leading to Amarpur from Udaipur are bordered by dense forest. This area of the country is rich in natural beauty and offers a tranquil environment.

Best Time to Visit in Gomati

The best time to visit Gomati Tripura is between October and May, when the temperature is mild. It is advised to avoid the rainy season.

How to Reach Gomati

Buses to Tripura Sundari Temple run throughout the day from Nagerjala Bus Stand in Agartala, while trains travel twice daily from Agartala to Udaipur, except on Sunday. There are also no direct aeroplane connections.

Buses to Udaipur run throughout the day from Nagerjala Bus Stand in Agartala, while trains travel twice daily from Agartala to Udaipur, except on Sunday. There are also no direct aeroplane connections.

Amarpur does not have any direct air or rail connections.