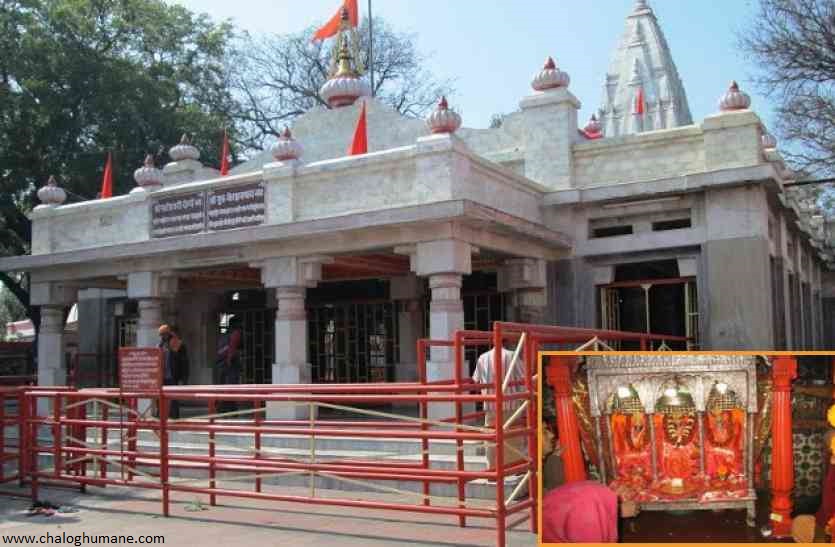 Best Places to Visit in Balrampur

The temple was established in the 19th century by the former Maharaja of Balrampur. The location of the temple was revealed to the Maharaja in a dream and is tied to the legend of a Patan Devi devotee who walked the journey from Bijlipur to Patan Devi every day of his life to pray to the Devi. As he grew older, his physical condition deteriorated till one day he appealed to the Devi that he was no longer able to come for her darshan owing to his old age, and that this was his final visit.

Soon after, the Maharaja of Balrampur was going through this thickly forested area, and he stopped for the night in the area. There was a storm that night, complete with thunder and lightning. In the Maharaja’s dream, the Devi appeared and told him to build a temple on the place she indicated. The next morning, he learned that a gigantic peepul tree had been struck by lightning and burned down. In its stead, a large hole in the ground was dug.

The Maharaja then proceeded to construct this temple. It was composed of red stone with excellent carvings done by Rajasthani stone masons. The main temple contains no idols. A deep hole in the ground is covered with fabric, and prayers to the Devi are said over it.

The temple hold great significance for the population of the area and is a popular venue for mundan (shaving the head of 1 year-olds) of children of this area.

Devi Patan is a well-known temple in Tulsipur, around 25 kilometres from Balrampur’s district seat. Devi Patan is the name given to Ma Pateshwari’s temple. The shrine is one of Ma Durga’s famous 51 Shakti Peethas. It is stated that Mata Sati’s right shoulder (called Pat in Hindi) fell here, hence it is also a Shakti Peetha and is known as Devi Patan. It is a religiously significant site and one of the most important temples in the Terai region.

The temple is very religiously significant, and there is a lot of traffic during the Navratra season. People also gather here for their children’s head shaving ceremonies (also known as Mundan) or to donate hair in the event that Mundan is performed elsewhere. Donating hair is regarded precious in this country.

The temple is located west of the city of Tulsipur. Tulsipur is 25 kilometres from Balrampur’s district headquarters and is connected by bus. The best method to get there is to take a train to Gonda Jn and then a bus to Tulsipur. By rail, Gonda is well connected to all major cities in India. If you are flying, the nearest airport is in the state capital of Lucknow.

Best Time to Visit in Balrampur

How to Reach Balrampur

The district of Balrampur is one of the districts in the state of Uttar Pradesh and is also part of the division Devipatan and the historical area of Avadh. Balrampur is the District Headquarters, located on the banks of the West Rapti River.

Shravasti airport is 23.3 km (14.5 mi) from the city, however it is not a regular and international airport. Chaudhary Charan Singh International Airport, 177.1 km (110.0 mi) away, is the closest international and regular airport. It is 162km (101miles) from the seat of Balrampur district and Lucknow is Uttar Pradesh’s capital.

By Road from Lucknow 170 Km. via Barabanki , Bahraich, Sharavasti or Barabanki, Jarwal, Gonda.

By Rail from Lucknow via Barabanki, Gonda. From Gorakhpur by Rail Via Naugarh, Badhni, Tulsipur.