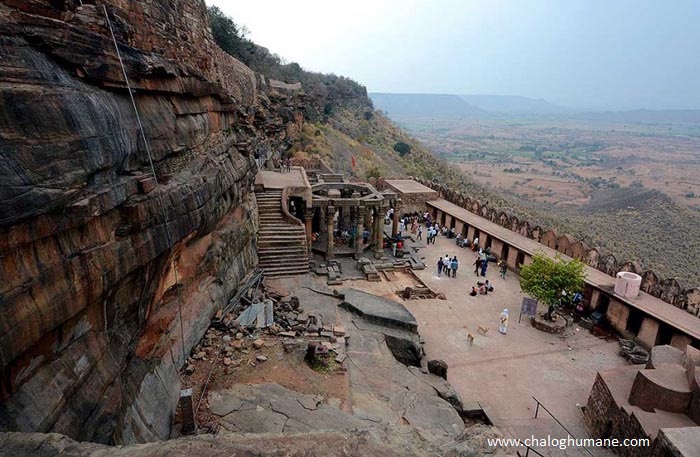 Banda is a town in the Banda district of Uttar Pradesh, India, and a municipal council. Banda is separated into Banda’s north, east, west and south. Banda is in the Bundelkhand area, south of the Yamuna River. It is the Banda District’s administrative headquarters

Best Places to Visit in Banda

This temple is one of the Goddess Shakti Peethas and is located in the city’s Chowk. Maheshwari appeared as a stone rock here. Hundreds of people attend the daily philosophy. On Shardiya and Chaitra Navratri, a massive fair is held here. People travel long distances to visit.

Banda’s Nawab tank located about 3 kilometres south of Banda City. Because this tank was erected by the Nawab of Banda, it is known as the Nawab Tank. This Tank is still full with water and in operation. There is a platform for Nawab’s Throne between the tanks. It is reported that the Nawab used to enjoy the ‘Kajli Fair’ with his wives from this location.

Near the Tank two more places are there to visit:
A park called ‘Van Vihar’ is located in front of the tank ( Forest Expedition).

Flora Nursery is a stunning location for admiring nature’s splendour. Plant and flower seeds can be purchased at a modest cost here. Overall, the view of this location is ideal for tourists to remember for a long time. There is no charge to visit any of these locations.

Fort Kalinjar This fort, perched on a hill, houses a rich trove of monuments and idols. These items shed light on many parts of history. The Chandelas built this fort as an example of the spectacular architecture during the Chandela dynasty’s reign. This fort contains a number of structures and temples. This massive fort features large palaces and canopies that are beautifully constructed and sculpted. The fort is thought to be the residence of the Hindu god Shiva. The fort also has a one-of-a-kind temple dedicated to Neelkanth Mahadev.

The Banda district’s Kalinjar fort has witnessed the various ups and downs of history in every century. This fort’s names must have changed. It was known as Kirtinagar during the Satyuga, Madhyagarh during the Tretayuga, Sinhalgarh during the Dwapar Yuga, and Kalinjar during the Kali Yuga.

Across the river Ken lie the ruins of Bhuragarh Fort, which was erected in the 17th century using brown stones by Raja Guman Singh. During the liberation war, this location was crucial. Every year on “Makar Sankranti,” a fair known as “Natbali Ka Mela” is held at this location.

The Bhuragrah Fort is located on the Ken River’s bank. The sunset from the fort is a breathtaking sight. The historical significance of Bhuragarh Fort is linked to the Bundela monarchy and the sons of Maharaja Chattrasal, Hridaya Shah and Jagat Rai. In 1746 A.D., Kirat Singh, son of Jagat Rai, restored Bhuragarh Fort. The fort’s caretaker was none other than Arjun Singh.

Best Time to Visit in Banda

Banda in India is best visited between January and March, and between August and December.

How to Reach Banda

Highway 76 (india), which links it to Jhansi with Allahabad, is crossed by Banda. State Highway 92, which links Fatehpur banda. State highway 76 to Allahabad links. Kanpur is linked via National Highway 86. Besides long-distance services, there are several services in the state to neighbouring sites. The bus services in Kanpur, Allahabad, Delhi, Sagar, Lucknow, Jhansi, Khajuraho and many more countries are offered everyday.