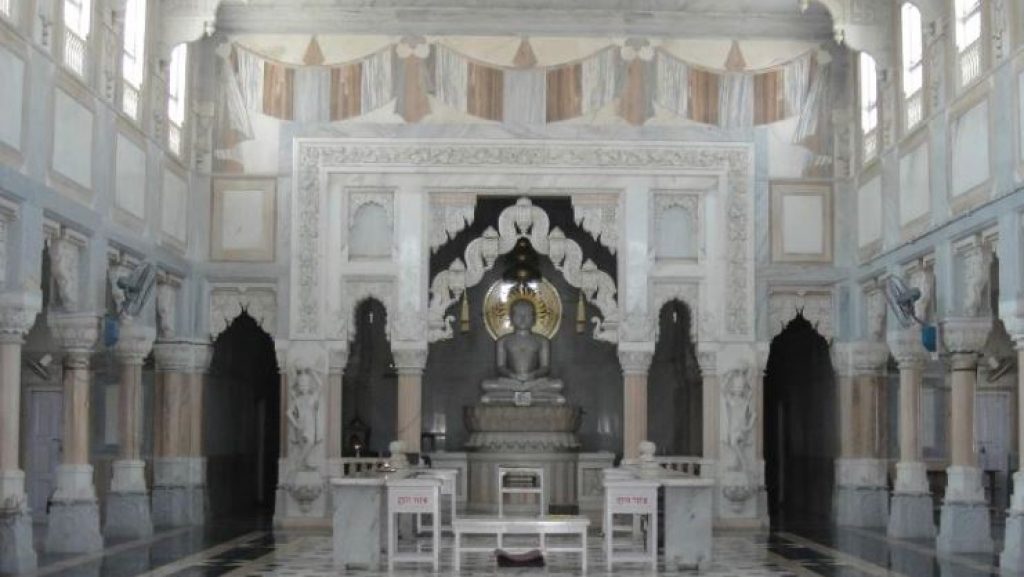 In the province of Uttar Pradesh in India, Firozabad is a city near Agra. It is the centre of Indian glassmaking and the quality of the belts and glassware made there are recognised. During Akbar’s rule, income passed the city, which the Afghans plundered

Best Places to Visit in Firozabad

Late Seth ChhamiDami Lal Jain established the Jain temple. The gorgeous statue of Lord Mahavir ji is established in the pose of Padmasana in the temple hall, on May 2, 1976, 45 feet length and 12 feet breadth statue of Lord Vahuvali Swami was established in this beautiful and huge temple. The idol weighs 130 tonnes in total. It is India’s first and fifth largest statue, and Chandraprabha Beautiful statue of the ground is also constructed. Every month, thousands of devotees from all across India flock to the Jain MantraliDasmunshi Mahavir temple to pay their respects to Digambar Jain.

Ferozabad district includes Chandravar Gate. The fight between Muhammad Ghori and Jayachand was fought here, and Chandravara was fired on the Yamuna coast, 5 kilometres from Ferozabad. Chandravara was formerly a significant and rich city, and some Jain scholars thought that it was ruled by Lord Krishna’s father Vasudeva. Chandraseen is supposed to have been founded by the town of Chandra Var. Details of Sambhari Rai, Sarang Narendra, Abhay Chandra, and Ramchandra Rajo of Chandravar are given in Dhanapal’s book Bahubali Charit, which was written in 1392 AD or 1397 AD.

Fariha Jain Temple is roughly 21 kilometres from Firozabad. Shri Marsalganj (Rishabh Nagar) Diagambar Jain AtishayaTeerthKshetra is its name. The major deity is Bhagawan Adinatha’s Idol. The temple compound is neat and well-kept. It’s an ancient temple complex. Many of the reviews on this site include images of another Jain temple in Firozabad City. Perhaps they haven’t been to this complex. It’s a nice place.

About 15 kilometres from Hirangaon, Firozabad, on the banks of the Yamuna, is the Makvara of Sufi Shahe, where a fair is held every year, and there is also Urhassa on the Sufi Shah’s mazar at the aforementioned place, where people from the Muslim and Hindu faiths of the city attend the fair.

Baba Neem Karori was also born 500 metres from Firozabad, and his religious shrines can be seen not only in India but also in other nations. Every year, there is a bhandara, and hundreds of people attend to accept Baba’s blessings as well as their own.

The temple is roughly 4 kilometres distant from Firozabad Tundlaroute, and it is a must-see for any true mind. Every year, a fair is held in Navadurga, and thousands of people travel long distances to visit the Shradalu temple. A large number of requests for fulfilling vows and Lajja are also made here.

Raja Ka Taal is located 2 kilometres from Hirangaon – Firozabad and was built by the Firozabad Gajetiyar for King Todramal (Revenue Minister), one of Samrat Akbar’s Navratanas.

The mausoleum of Firoz Shah is claimed to have been built in the 16th century in front of the municipal corporation Ferozabad, around 9 kilometres from Hirangaon Firozabad.

According to the Agra Gazetteer, Sher Shah Suri erected the city’s oldest royal mosque, which is now at KatraPathanan, about 9 kilometres from Firozabad.

Seth Ramgopal Mittal built the Ashram at Bai Pass Road in 1953, about 0.5 km from Firozabad’s main city, and it has a 57-foot-high monument of Lord Hanuman. This ashram has a large satsanga building where daily satsang events are held.

During the Maratha period, Shri Bajirao Peshwa II erected this temple in the form of a monastery around 0.5 kilometres from Firozabad. Here is the legendary Mahatma VavaPrayagadas’ footprint from the nineteenth century.

The Khander, located on the Eka-Shikohabad route, is a striking reminder of its previous splendour; it is a one-kilometer circular.

The ruins of the Rapidi manor near Shikohabad on the Yamuna’s south bank are still in use. Rao Zawar Singh is claimed to have decided on Rapidi. In 1194, his ancestors had to confront Mohammed Gauri. The jagir’s ruins are still similar to the Yamuna River. The Yamuna was responsible for the state’s expansion, and the result was that until the loss of King Jayachand, the Muslim army was destroyed by the people of Ghatore and Baranahal of Purna.

Santee hamlet is located around 13 kilometres north of Firozabad and contains an ancient Khera and a Shivaji temple spread across 100 bighas. It is reported that King Shantanu’s fort was located here in ancient times. Every year in the month of Phalgun, thousands of worshippers bring water from the Ganges here to take Caravans, and on the same day, a massive bazaar is conducted that is said to be 200 years old.

Best Time to Visit in Firozabad

Firozabad is best visited during the winter months of October to March, when the temperature is mild.

How to Reach Firozabad

The city of Firozabad has a train station served by the Indian Railways’ Delhi-Howrah trunk road. The town is 40 km east of the world-famous Taj town Agra on National Highway 2, making a halt on this highway vital for transportation vehicles. As a result Firozabad is connected to the west and east of Uttar Pradesh state by various bus routes. Thanks to the close proximity of Agra to Rajasthan and the boundaries of Uttar Pradesh, the city is also served by many interstate bus routes. Tundla is one of Delhi and Howrah’s key rail junctions. Also on the same route is Shikohabad intersection.