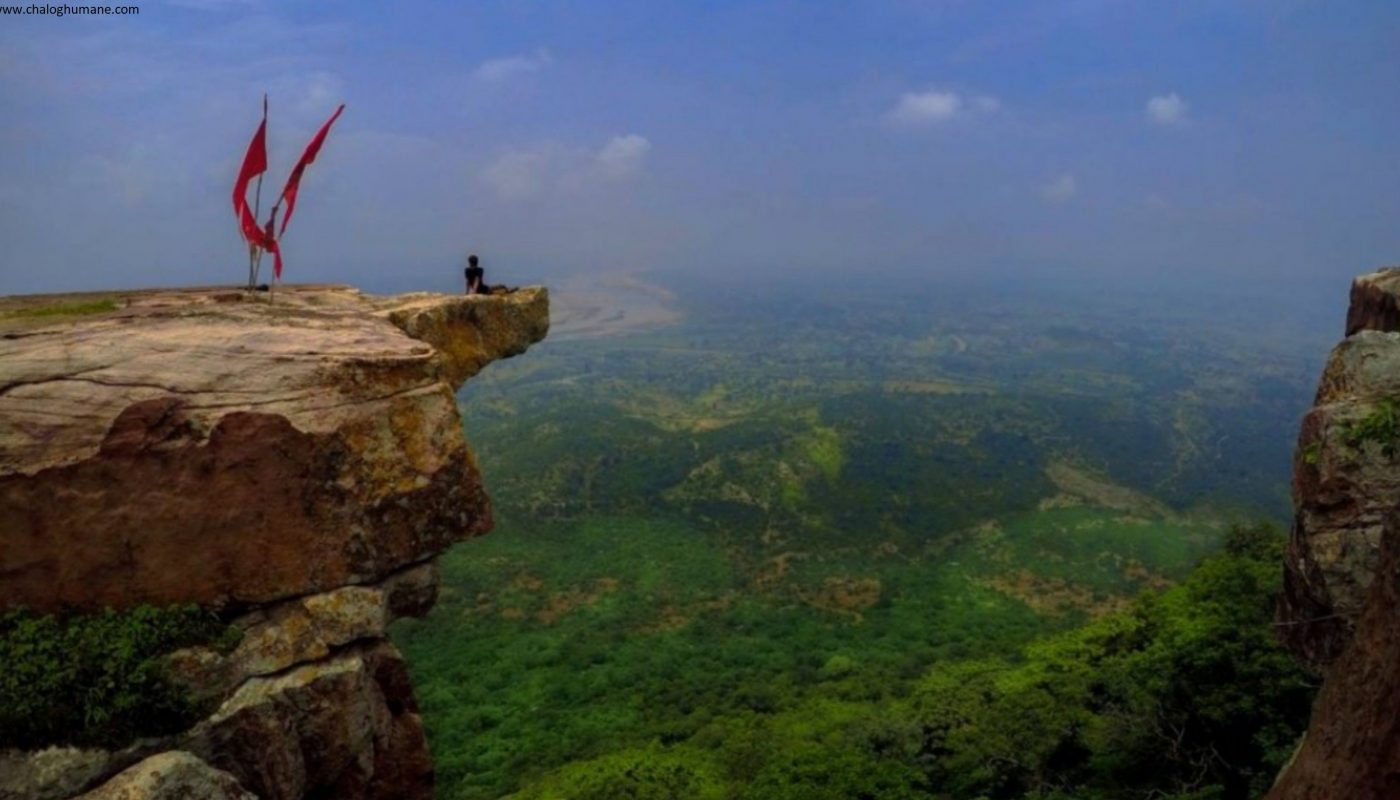 The second most important district in the Uttar Pradesh, India, is Sonbhadra or Sonebhadra. It is the only province in India that borders on four states: Madhya Pradesh westward, Chhattishgarh southward, Jharkhand south eastward, and Bihar north eastward.

Best Places to Visit in Sonbhadra

It is known as guptakashi since it is home to a slew of huge old temples. The religious significance of the location is amplified by a thousand because it is located at the confluence of the Renu, Sone, and Vijul rivers. It is 6 kilometres west of Chopan. Numerous artistic black stone idols from the 11th and 12th centuries can be found here. This is the main pilgrimage site for tribals. Shivratri is the most important celebration and function over here. Furthermore, there is a 15-day festival in which local artists display their work and entertain spectators, visitors, and tourists, so keeping alive and enriching their art history and culture.

This important religious and historical shaktipeeth is located 35 kilometres west-south of the district headquarters on the western bank of the Sone River. The temple, which has considerable pauranic importance, is built in the Khajuraho style using the khuta and chood system. There is no use of cement or gurdurs, for example. Throughout the year, a large number of devotees come to pay their respects to the goddess. This is also significant from a tourist standpoint.

People have enormous respect and reverence for this place, which is located 77 kilometres away in the hills of the tariya range of the overa division. Aside from local locals, devotees from neighbouring states such as Bihar, Madhya Pradesh, and Jharkhand, among others, go here in great numbers.

churk: located on a hill 3 kilometres from the district headquarters. The Panchmukhi (five-headed Lord Shiva) is claimed to have arisen in the fifth century. The caves on the lower slopes are replete with paintings and carvings, implying that the area was inhabited by tribals who may have recorded their wants and feelings in an artistic fashion in accordance with their culture and tradition. There are sixteen such historic caverns in all, attracting a large number of tourists and worshippers.

situated on the way connecting district headquarter with vijayagah. It is located at a distance of 15 km from district headquarter in the vicinity of mau village. Here there is a grand and stupendous statue of sahasra shiv accompanied with numerous other idols along with one extra large statue of Lord Buddha.

This ancient but good shiv mandir is located around 40 kilometres north-west of the district headquarters and 10 kilometres from Ghorawal. This magnificent Shiva temple houses a 3 ft high blackstone image of Shiva and Parvati in the procreational stance. A plethora of black and brown stone idols are also preserved nearby. This appears to be an excellent location for shiv sadhna. Shivratri is the biggest event, and a large crowd gathers on this day. Jalabhishek by kawariyas is practised throughout Sawan. People come from all around the country to worship Lord Shiva there. There is a museum managed by the archaeology department that houses several idols obtained from neighbouring places.

This lovely waterfall is located in Ghorawal tehsil, 40 kilometres west of the district headquarters, on the banks of the Belan River. The water of the Belan River is descending from a height of roughly 100 feet here. The stunning grandeur of the waterfall and its rich natural surroundings entices people to return time and again. A large number of exquisite rock paintings add to the beauty and uniqueness of the location.

Mahuariyakaimurjeev Bihar is located 16 kilometres north-west of the district headquarters. Full of panoramic grandeur, this breathtakingly gorgeous location is teeming with wildlife such as black deer and other rare fragrant and medicinal plants. The serenity, richness, and vibrancy of nature here entices tourists to return time and again.

Anpara is a town in the district of Sonebhadra in the Indian state of Uttar Pradesh. It is home to the Anpara Thermal Power Station, which has a total installed capacity of 2830MW of power generating. It is situated adjacent to Govind Ballabh Pant Sagar Lake and the Rihand River (a tributary of the Son River). [Citation required] It is encircled by little hills from the Deccan plateau region. Anpara has been a part of the region’s rapid development in educational facilities and competency due to the increasing number of educational establishments in Anpara and adjacent towns.

Anpara: This magnificent Mahaveer Hanuman temple is both spectacular in architecture and quietly ancient. This is 116 kilometres from the district headquarters and attracts a large number of worshippers and tourists.

Shaktinagar is a tiny town in Sonbhadra, Mirzapur Division, Uttar Pradesh, India, close to Varanasi. Shaktinagar’s Pin Code is 231222. NTPC plant with a thermal energy producing capacity of 2000MW. The PLF (plant load factor) of NTPC is over 98 percent, and it is the mother plant of NTPC throughout India. It was founded in 1975 and began operations in 1980 with 7 units (200MW * 5 and 500MW * 2). It gets its water from the Rihand Dam, and its coal from the NCL mines near Shaktinagar, such as Jayant, Duddhichua, Nigahi, Kakri, Khadia, and Bina. The coal supply from NCL have enabled the production of about 10515 MW of electricity from pithead power plants of National Thermal Power Corporation (NTPC), Uttar Pradesh Rajya Vidyut Utpadan Nigam Ltd (UPRVUNL), and M/s. Hindalco Industries. The region is currently known as India’s electricity capital.

The combined power output capacity of these power plants is 13295 MW, and NCL is fully prepared to handle the rising demand for coal for this purpose. NCL also delivers coal to Rajasthan Rajya Vidyut Utpadan Nigam Ltd, Delhi Vidyut Board (DVB), and Haryana State Electricity Board power plants.

Shaktinagar : Situated at Shaktinagar, this temple is 113 km from district headquarter. The temple adjoins Uttar Pradesh, Madhya Pradesh, Jharkhand, Chhatisgarh and Bihar. Its importance and religious value is considered on par with Vindhyadham and Maihardham. It is believed that the tongue of Maa Sati Bhavani had fallen over here which is why the peeth is named Jwalamukhi coming under the category of Sidhpeeth. This is one of the highest seats of reverence,devotion and sadhana. There is a huge festival organized every Navaratra attracting enormous crowd.

Shaktinagar: This temple is located in Shaktinagar, 113 kilometres from the district headquarters. The temple is surrounded by the states of Uttar Pradesh, Madhya Pradesh, Jharkhand, Chhatisgarh, and Bihar. It is regarded as having the same religious significance as Vindhyadham and Maihardham. It is claimed that Maa Sati Bhavani’s tongue fell over here, which is why the peeth is known as Jwalamukhi and falls under the category of Sidhpeeth. This is one of the holiest places of worship, devotion, and sadhana. Every Navaratra, a massive festival is organised, attracting a large population.

This temple is located at Renukut, 65 kilometres from the district headquarters. Hindalco family built and maintains this temple nicely. The main deity here is Lord Shiva, who is accompanied by his consort Parvati. A huge Sun temple stands at the entrance. This magnificent location is a favourite destination for a large number of believers, visitors, and tourists.

Rihand Dam, also known as Govind Ballabh Pant Sagar, is a concrete gravity dam located in Pipri in Uttar Pradesh’s Sonbhadra District. Its reservoir area is on the border of Madhya Pradesh and Uttar Pradesh. It is located on the Rihand River, a tributary of the Son River. This dam’s catchment region includes Uttar Pradesh, Madhya Pradesh, and Chhattisgarh, and it provides irrigation water to Bihar, which is located downstream of the river. Rihand Dam is a 934.21-meter-long concrete gravity dam. The dam’s highest height is 91.44 metres, and it was built between 1954 and 1962. The dam is made up of 61 separate blocks and ground joints. The powerhouse, which has a capacity of 300 MW, is located at the dam’s toe (6 units of 50 MW each). The Intake Structure is located between blocks 28 and 33. The dam is in a state of disrepair.

It is planned that repair work be done on the dam and the powerplant. The dam’s F.R.L. is 268.22 m, and it holds 8.6 million acres of water. It is one of India’s largest reservoirs in terms of gross storage capacity, but not enough water is flowing into it. The dam’s construction resulted in the forced relocation of over 100,000 people. Many super thermal power plants are located in the dam’s catchment region. These are the super thermal power stations Singrauli, Vindyachal, Rihand, Anpara&Sasan, and Renukoot. The high alkalinity runoff water from these coal-fired power plants’ ash dumps (some of which are located in the reservoir area) eventually gathers in this reservoir, boosting its water alkalinity and pH. Irrigation with high alkalinity water changes agricultural lands into fallow Alkali soils.

A NEW FOSSIL PARK has been discovered in Sonebhadradisrtrict. Over 150 million-year-old fossils were discovered in Badagaon hamlet, Chopan Vikas Khand. The fossils are more numerous than those discovered in the Salkhan village park.

After identifying and discovering another another fossil park in Sonebhadra district, the area has cemented its place not just in Uttar Pradesh, but also on the global map. This honour was bestowed upon the district as a result of the discovery of two fossil parks in a district and a Vikas Khand. The Sonebhadra district is now regarded as a fortuitous location where the first evidence of life on Earth was discovered. The probability of finding hydrocarbons, uranium, and phosphorite has grown since the discovery of a huge number of fossils there. Dr. Mukund Sharma, a scientist at the Birbal Sahani Institute in Lucknow, found the new Badagaon fossil park while visiting the Salkhan village fossil park.

Meanwhile, a shepherd arrived and requested them to follow him. They arrived in Badagoan village’s Jata Shankar Pahari and saw that the fossils from Salkhan and Badagaon villages were similar.

Best Time to Visit in Sonbhadra

Sonbhadra is best visited between November and March.

How to Reach Sonbhadra

By train/air to Varanasi, Mirzapur, Sonbhadra would then be easier to reach and take a bus/prived cab from Varanasi to Mirzapur, which is accessible round the clock.

Robertsganj railway stations (Sonbhadra).
“ROBERTSGANJ” on the Chunar loop line is the nearest trainstation of District Headquarters (Delhi-Howrah line). In District Sonbhadra there are several more stations, such as Chopan, Renukoot, Shaktinagar etc. The main trains traverse the Sonbhadra as follows:

Lal Bahadur Sastri International Airport, in the Varanasi district and 110 Km from Robertsganj, is the nearest airport to Sonbhadra (District HQ.). Various important cities including as Delhi, Agra, Khajuraho, Kolkata, Mumbai, Lucknow & Bhubneshwar are served by direct flights from Varanas.