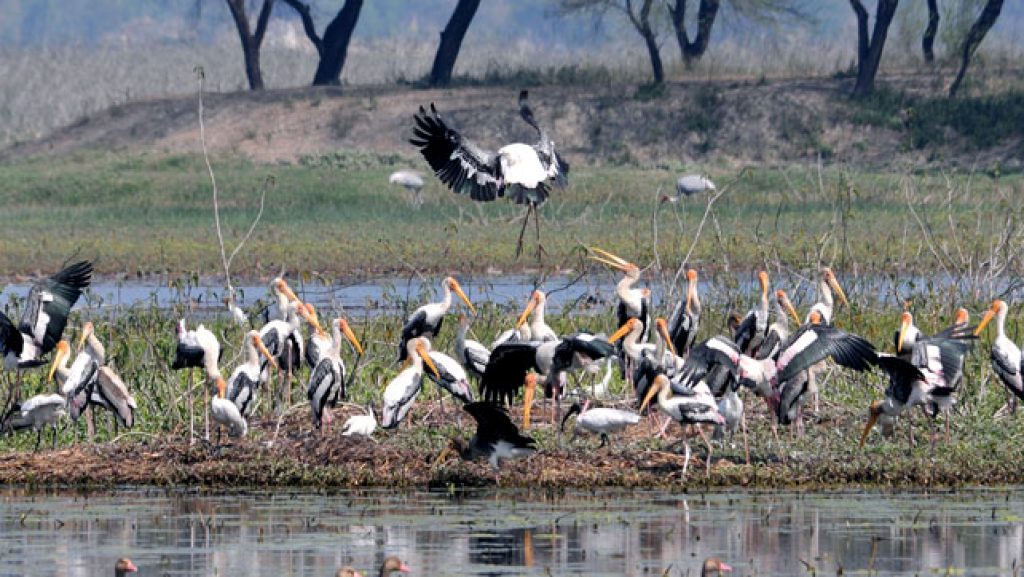 Best Places to Visit in Hardoi

Suraj Kund, a pond to the east of Bawan hamlet, and Nakatiya Devi temple are also nearby. There is a Peepal tree in front of this temple, under which there are several damaged statues. This temple is pretty old. According to mythology, the idol of Kusumbi Devi was damaged as a result of the weapon attack, and since then it has been known as Nakatiya Devi. Before undertaking any auspicious work, residents of Bawan and adjacent villages pray in this shrine.

Lord Shiv worshippers from all over the country have confidence in the old Shiv Temple, which is around 20 kilometres from the district headquarters. The name of this temple in Sakha village is “Shiva Sankat Haran Temple Sakaha.” Throughout the month of Sawan, there is a festive mood. Here is a massive assembly of Kanwariyas and Shiva worshipers. It is claimed that the sorrows of Lord Shiva’s followers are relieved here, thus the name Shivalaya is Shiva Sankat Haran.

Hardoi was the city of Hiranyakashyap in the past, and because he was a traitor to Hari (God), he named the city Haridrohi. Hiranyakasip had set up his sister Holika in the fire to kill his son Prahlad, who was a devotee of Lord Hari. Holika was a blessing in that she could not be burned by fire. Holika and Prahlad took a seat in Agni Kund. In which Holika was burnt by fire and Lord Vishnu protected the devotee Prahlad.

RuiaGarhi is a small village located about two kilometres north of Madhoganj town. It is well-known for King Narpat Singh, a valiant liberation fighter. After capturing the majority of Avadh, the British force attempted to attack Hardoi, but were defeated due to Raja Narpat Singh’s unwavering bravery and planning. During the Fifth War, the British launched a massive offensive with a big number of soldiers and cannon. Even in this combat, Narapati Singh’s warriors answered with a response. The British began to uproot the feet, and the king was martyred at the same time.

It is located approximately seven kilometres east of PihaniTown. It is believed that eighty-four thousand Vaishnavas underwent penance near Naimishanaya, and this Ashram is also on the outskirts. The ashram has a natural water source to the north-east, which serves as a unique point of interest for guests. The Gomti River, which runs alongside the Dhobia Ashram and a short distance away, adds to the scenic environment.

Hatya Haran Teerth is located in the holy Namisharnya Parikrama area in the Sandila tehsil of Hardoi district, around 150 kilometres from Lucknow, Uttar Pradesh’s capital. Lord Rama was accused for Brahma Hatya thousands of years ago, when he slew Ravana. Lord Rama also came to bathe in this lake in order to cleanse himself of the sin. People have been able to cleanse themselves of murder, cow slaughter, and other crimes by coming here on this holy pilgrimage.

Hardoi Baba Temple dates back about 400 years. This old shrine is only a short distance away from Prahalad Ghat. It was refurbished in 1949, and in the courtyard there is a peepal tree known as ” ‘हरदोईबाबाकादरबार’

Shahabad is a city and municipal board in Hardoi district, Uttar Pradesh, India. It was once one of the few largest cities in Oudh, but it deteriorated dramatically in later years and is now only a town. It is home to the Tomb of Diler Khan, a governor during the reigns of Shah Jahan and Aurangzeb, as well as Jama-Masjid, Sankta Devi temple, Balaji temple, and Baram Baba shrine. According to mythology, this is also the location of the ancient settlement Angadpur, named after Angada, Sugriva’s nephew.

The prominent town of Shahabad is mentioned numerous times in historical records. Nawab Diler Khan, an Afghan officer of Shah Jahan dispatched to quash an insurrection in Shahjahanpur, created it in 1680 A.D. The same individual was responsible for the defeat of the Pande Parwar bandits of AngniKhera. In 1770, Joseph Tiefenthaler, one of the first European geographers to write about India, visited the town and described it as a town of considerable circumference, with a palace of bricks in the centre supported by fortress-like turrets, with an entrance and a covered colonnade. This palace was previously known as Badi Deorhi. Although the palace is no longer standing, the two massive entrances remain. Nawab Diler Khan also built a mosque and his own mausoleum.

Both are made of kankar blocks, and the upper storey has bands of florid design in red stone, a style that was popular in building at the time. He also created Narbada, a large pond beside the mausoleum.

The sanctuary is 19 kilometres away on the Hardoi-Sandi Road in Sandi, Uttar Pradesh’s Hardoi district. Sandi Bird Sanctuary is located one kilometre from Sandi town on Main Road in Nawabganj, near the Sandi Police Station in the Hardoi district. Sandi Bird Sanctuary was established in 1990 to preserve natural habitats and aquatic vegetation for local residents and migrating birds. The Sandi Bird Sanctuary was also called as “DaharJheel” (Jheel = Lake) in ancient times. The lake has a total size of 309 acres (3.09 km2). The River Garra, originally known as the Garun Ganga, runs close to the sanctuary. Migratory birds relax on the riverbanks before arriving at the Sandi Bird Sanctuary. The migrating birds begin to arrive at the refuge in November, at the start of the winter season.

Sandi is a tourist as a tourist site, it is especially appealing to birdwatchers. The optimum time to visit the refuge is from December to February. Hardoi is the closest railway station (19 km).

Best Time to Visit in Hardoi

The ideal months to visit Hardoi in India are January to April and July to December.

How to Reach Hardoi

Hardoi does not have an airport; the closest airports are Amausi Airport in Lucknow, which is 100 kilometres away, and Kanpur Airport, which is 108 kilometres away. From any of the two airports, tourists may rent cabs or take private/public buses to Hardoi city.

Hardoi has strong transport connections to other regions of Uttar Pradesh as well as neighbouring states. Hardoi is served by state-run buses that connect it to major cities like as Kanpur, Varanasi, Agra, New Delhi, and Lucknow. From Hardoi to other cities in the region, the Uttar Pradesh State Road Transport Corporation (UPSRTC) runs many Deluxe, AC, and Standard buses. Hardoi features an Inter-State Bus Terminal (ISBT) where buses from Hardoi travel to other states and passengers may simply board a bus to and from Hardoi.

Hardoi is served by many trains that stop for a short time at the Hardoi Railway Station, which connects Hardoi to New Delhi, Lucknow, Chandigarh, Kolkata, and other places. The station is served by trains such as the Doon Express, Triveni Express, and Lucknow Mail.