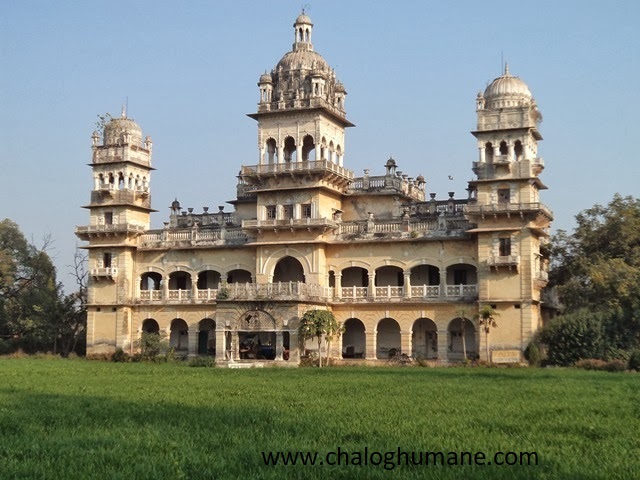 Top Places to See in Jaunpur

Jaunpur is a city and a municipal board in the Jaunpur district of Uttar Pradesh, India. It lies 228 kilometres southeast of Lucknow, the state capital. Jaunpur is in the eastern section of the North Indian state of Uttar Pradesh, northwest of the Varanasi district.
Tours to Jaunpur are unquestionably a thrilling and delightful journey, as well as a once-in-a-lifetime experience for visitors. Jaunpur is a lovely city with stunning scenery around every corner. In Jaunpur, there are a plethora of tourist attractions that are a must-see for visitors. In Jaunpur, there are several gorgeous and eye-catching monuments.

Best Places to Visit in Jaunpur

In the area, the Shahi Bridge erected by Akbar, Sheetla Chaukia Dham are the main tourist attractions, including many historical places and interesting monuments. All the historic and valuable places are very important. The most important are the following:

Ma Sheetla Chaukiya Devi’s temple is really old. Shiv and Shakti worship has been place from ancient times. History has it that the rule of Jaunpur was in Ahir’s hands during the era of the Hindu Kings. The first Aheer ruler of Jaunpur is Heerchand Yadav. This clan’s descendants were known as ‘Ahir.’ The residents of Chandvak and Gopalpur built forts. The temple of Chaukiya Devi is considered to have either the Yadavs or the Bhars in the splendour of their clan deity, but it seems more plausible, with the predilections of the Bhars, to conclude the building by the Bhars.

The Non-Aryans were the Bhars. In the non-Armyans the worship of Shiv and Shakti prevailed. In Jaunpur, the Bhars ruled. At first the Devi had to be set up on an elevated platform or ‘chaukiya’ and was possibly called the Chaukia Devi because of this. Devu Sheetla is the Divine Mother’s representative, happy aspect: why she was called Sheetla. The adorers come here in rather big numbers on Mondays and Fridays. During the Navratris, huge crowds congregate here.

In 1362 A.D., Shahi Qila was built by Freoze Shah in the centre of the town on the left bank of Gomti. It has an internal gate of 26,5 ft. and a width of 16 ft. The main door is 36 ft. high. A big dome is on top of that. Nowadays, the storey of its former splendour only remains with its Eastern gate and certain arches etc. The beautiful front door was constructed with the aim of security and embellished with blue and yellow stones by Muneer Khan. There is a Turkish-style bath inside, too, with a mosque. A wonderful view over the river Gomti and the town can be viewed from this stronghold. The mosque, built by Ibrahim Banbank, carries the imprints of Hindu and Buddhist architectural styles.

Om 1408 A.D., the Atala Masjid was erected by Ibrahim Shah Sharki and was thought to be the best buildings for the other mosques. This mosque was surrounded by stunning galleries of artistic walls. It’s over 100 ft in height. Three large entrance gates are available. The mosque has a total area of 248 ft. Feorze Shah began its building in 1393 A.D.

The mosque sits on the northern bank of the Gomti near the Sipah town of Jaunpur. This was built by Ibrahim Sharki when Atala and Khalis mosques were built, since Ibrahim Sharki personally moved there. The military used to keep here their elephants, camels, horses and mules. The holy and pandite places were there. There is a really lovely ‘jhanjhariyas’ of archdees within this mosque. This mosque has been demolished by Sikandar Lodhi yet, with its long and wide sight in the central arch, this mosque seems to be exceptionally magnificent, compared to Atala Masjid and Jama Masjid. The floods have caused considerable damage.

It has a height of 35 ft. and a width of 42 ft. This mosque is really magnificent despite its relatively small size. A great many stones of this place were used in the Shahi Bridge after the demolition by Sikandar Lodhi. A very pretty example of early construction. This mosque.

This mosque was established in 1455 at Begumganj, just north of the city, by V.V.Raje, wife of Sultan Mahamud Shah Sharki. It has a 212 x 188 sq.ft external surface area. There are three gates and a patio. There are inscriptions in the Sanskrit and Pali on two of their pillars which only offer light on the samvat year and the names of several Kannauj monarchs.

The decoration in the Egyptian style, the curves of the arches, the special characteristics of the loto, sunflower and rose motifs, their screens etc.

A mezzanine is situated before it and the bridge to the north covers 10 spans and to the south five spans, which lie on the octagonal pylons. It’s valuable place to view.

During Hussain Shah Sharki’s reign, this historic mosque was built. It contains an overflow of simplicity. This mosque has no arches. A rock inscription that had been earlier here now been obliterated.

The well-known “Gujartal” in which fish farming is currently being performed located two mole west of Kheta Sarai. The lake’s atmosphere is picturesque and natural. Also attracting tourists is the Van Vihar on T.D.College Kuddupur Road.

How to Reach Jaunpur

Jaunpur is a significant destination on the plain of Ganges and is therefore well linked to every major city in Uttar Pradesh and India.

Lal Bahadur Shastri International Airport Babatpur, Varanasi is the closest airport from Jaunpur (40 Km approx.). The airport may be easily reached by a number of flights run by commercial and public airlines in various metro towns like as New Delhi, Mumbai, Agra, Chennai and Bangalore.

Jaunpur is located in two stations, Jaunpur City and Jaunpur Junction. There are trains across the nation for most significant cities / sites.