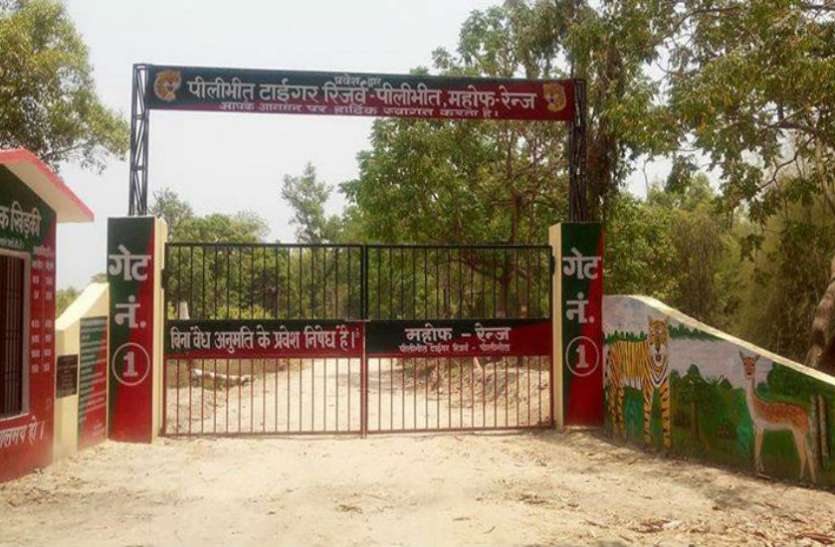 Located in Uttar Pradesh, Pilibhit is a city and a municipal board. To the north-east of the Bareilly division is Pilibhit, in the Rohilkhand area of the Rohilkhand district.

Best Places to Visit in Pilibhit

It is open everyday from 6am to 8pm for visitors and devotees.

PILUBHIT TIGERS RESERVE is located inside the Terai Arc Landscape of Uttar Pradesh’s upper Gangetic Plain Biogeographic Province and is part of the Pilibhit district and Shahjahanpur district. A few of the reserve’s rivers flow into others, such as Sharda and Chuka, as well as Mala and Khannot. There are Saal Forests, tall grasslands, and swamps, all of which are irrigated by rivers on a recurrent basis. The reserve is bordered by the Sharda Sagar Dam, which has a length of 22 km (14 mi). Located in Uttar Pradesh amid the foothills of the Himalayas and Terai plateau, it is surrounded by the Himalayas and the Terai. It is part of the Terai Arc Landscape. It is one of India’s 51 Project Tiger Tiger reserves.

This temple has been around for 250 years. In Mohalla KHAKRA, beside the DEVHA & KHAKRA rivers. As the storey goes, Pandit Har Prasad’s forefathers arrived here with other saints. There was a forest there at the time, and it was quite hot. Bhagwan Shankar appeared to him in a dream throughout the night, and the next morning he saw his mooti. Gradually, a temple began to take shape. When SHIVRATRI, RAKSHA BANDHAN and SHARAVAN MAS are celebrated, a fair is held here every year. Dwarika Das Banjara provided a dharamshala on the temple’s exterior side. There are two large entrances on the temple’s eastern and southern sides. These gates were built by Hafiz Rahmat Khan.

Puranpur Tehsil, Pilibhit District, one kilometre from Shahgarh Railway Station, is home to a TEELA (Tea House). An image of Raja Venu was displayed in the teela’s MAHAL. Ruins may be seen everywhere these days. Wells and ruins convey the narrative of the king’s prosperity.

Located in Pakrdiya, this gurudwara dates back 400 years. Guru Govind Singhji is reported to have taken a break here on his journey to Nanakmatta. A gurudwara named Chattvi Padshahi Gurudwara was built here in honour of Sri Har Govind Ji, the sixth guru. Sri Baba Faoj Singh, a well-known social worker in the region, rebuilt this magnificent shrine in 1983.

Dargah of Hazrat Kibla Haji Shah Ji Mohammad Sher Mian Sahib Rahmat Ullah Aleh is located in the northern part of the city of Pilibhit. Hazrat Shah ji mian’s blessing is sought by people from all over the world. Chadar at the dargah is also considered to be productive for the people. Many different religions come to the dargah to share their beliefs, making it a centre of social peace for everyone.

During the Mughal era, several large structures were erected. Hafiz Rahmat Khan erected a copy of Delhi’s Jama Masjid in Pilibhit in 1769. There was formerly a pond here. The Masjid was built at a cost of three lakh rupees. In the Jama Masjid, there is still a sun watch. Pilibhit and Bareilly were two of Hafiz Rahmat Khan’s jagirs, or domains, in Afghanistan. When he became commander of the Rohilla Afghans in western Avadh in 1774, the British soldiers helped him in a war against the Nawab of Avadh.

To honour the Jama Masjid in Delhi, the entrance is designed in Mughal style, while the wall surrounding it has a curved Bengali roof similar to that of Shahjahan’s extension to the Mughal palace in Agra. There is a big Muslim community living in and around the city that come every Friday to worship in zamat. A portion of the structure has been demolished and a portion of land has been developed due to the dense population surrounding the monument and the lack of adequate upkeep. Every Tuesday, a modest market is conducted in the Jama Masjid complex. Near the Jama Masjid compound, a new Tehsil compound has been built.

Best Time to Visit in Pilibhit

Because the Himalayan foothills are close to Pilibhit, the temperature is nice all year. The months of September through March are optimal for visiting this location. During this time of year, the temperature is pleasant, a gentle wind blows across the city, and the crystal clear sky creates an enchanting atmosphere.

How to Reach Pilibhit

A direct flight to all major Indian cities is available from Lucknow, which is the closest airport to the city centre.

Railways are well-connected to Pilibhit District. Bareilly is the only way to get to this district at the time of writing.

After reaching Bareilly, one can then take a bus or rail to Pilibhit from Delhi.

In addition, Pilibhit is connected to Bareilly through BUS every half hour. Also, there are direct buses from Delhi, Lucknow, Haridwar, Rishikesh, Kanpur, Rupaidhiya, Agra, and Tanakpur, to name a few places.