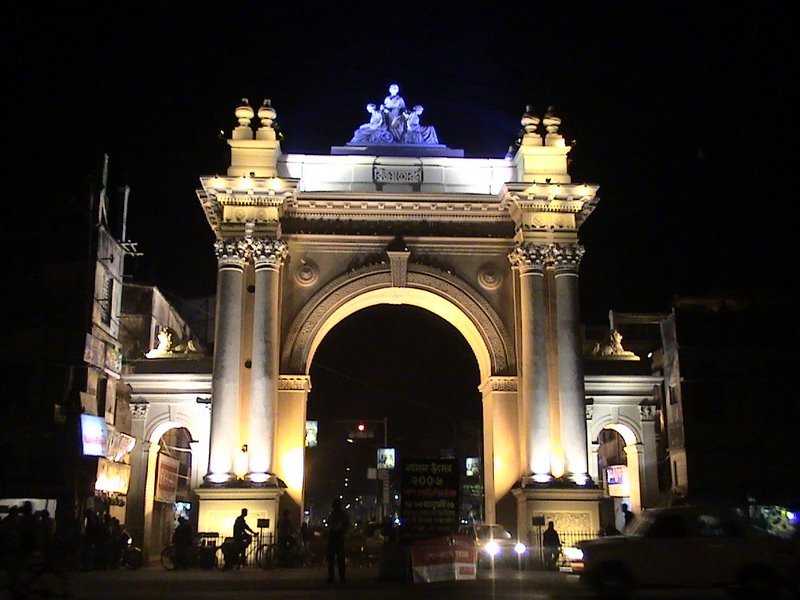 The Garh Jungle is significant in Hindu mythology, particularly in the storey of Shakta. It is located in the Kanksa CD block (near Durgapur) of the Paschim Bardhaman district of West Bengal, in the Durgapur subdivision. Medhas Muni’s ashram was founded here. According to Sri Sri Chandi, King Surath attained Boisya samadhi in the Medhas Ashram. This Ashram was founded in the Garh Jungle. Medhas taught Devi Mahatmya to King Surath and Boisya Samadhi in this location. In the spring, Surath organised a durgapuja here. According to Shri Shri Chandi and Markandeya Purana, this Durga puja, which was held in Garh Jungle, was the world’s first Durga puja. Surath built Tridebi’s temple in this wild region, as well as the temples of Mahakali, Mahasaraswati, and Mahalakshmi. Along with the Ashram of Medhas Muni, there is now a Temple of Mahakal Bhairabis. There were 16 temples in all, but just two remain: Shyamarupa Mandir and Shib Mandir.

Ichhai Ghosher Deul, commonly known as the Tower Temple (rekha-deul), is a tower temple in the Indian state of West Bengal. It is part of a tiny sub-group of Bengali temples, with architectural influences from Odisha. The Ichai-Ghosh temple is located near Gourangapur in the Paschim Bardhaman district, and is mainly separated by the Ajay River. Ichhai Ghosher Deul, according to Binoy Ghosh, is located in Gourangapur. It is one of Bengal’s few rekh-deuls. Scholars believe it was built in the 16th-17th centuries by descendants of Ichhai Ghosh to honour his memory. Ichhai Ghoser Deul at Gourangapur is described by David J. McCutchion as a big smooth curvilinear rekha deul with a 20-foot-square base. Except for the niches and figures on the tower, it is a basic brick construction. The Ichhai Ghosh Temple is an ASI classified site, according to the West Bengal List of Monuments of National Importance.

Churulia is the birthplace and last burial site of famed Bengali poet Kazi Nazrul Islam, as well as the final resting place of his wife Pramila Devi. Many of the poet’s manuscripts, medallions, and other things are kept at Nazrul Academy in the hamlet. A college carrying the poet’s name is nearby. Nazrul Academy was founded in 1958. Churulia is thought to have had a fort in the past. In the 16th century, it fell to Sher Khan, an Afghan warlord. The remnants of the fort are said to be housed in a town mound. Churulia has a mosque erected under Muslim control. It’s an excellent example of Islamic architecture.

The Maithon Dam is located in the Indian state of Jharkhand, 48 kilometres from Dhanbad. It is 15,712 feet (4,789 metres) long and 165 feet (50 metres) tall. This dam was built specifically for flood management and generates 60,000 kW of electricity. There is an underground power station, which is the first of its sort in South East Asia. The dam is being built on the Barakar River. The lake has an area of 65 square kilometres (25 sq mi).

Ghagar Buri Temple Ghaghar Burhi is located on the outskirts of Asansol, along the National Highway (Bypass) in West Bengal, India. It is a modest shrine to the Goddess Kali. It is Asansol’s oldest temple. Every Tuesday and Saturday, worship is held. Every year on January 15, a county fair is held. Animals are sacrificed as part of religious rituals.

This is a perfect time to visit Bardhaman, with a good climate and a wonderful atmosphere awaiting your arrival.

Within the district lies the Kazi Nazrul Islam airport.

Durgapur is 173 kilometres from the state capital (Kolkata), a travel that takes 3 hours and 45 minutes on NH19. The distance between Kolkata and Asansol is 213 kilometres, which takes 4 hours and 35 minutes to go via NH19 and AH1.