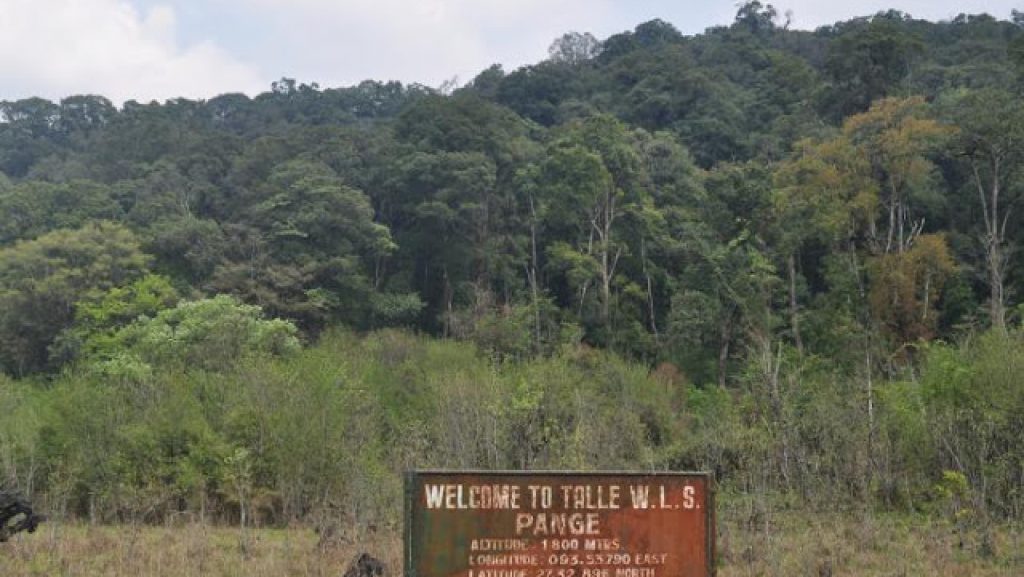 Lower Subansiri district is one of the state of Arunachal Pradesh‘s 25 administrative districts in northeastern India.

Talley Valley Wildlife Refuge is a wildlife sanctuary in the Indian state of Arunachal Pradesh. Arunachal Pradesh as a whole includes 40% of India’s floral and faunal species. This biodiversity is abundant in the Ziro valley. The sanctuary is located 30 kilometres from the town of Ziro. Talley, at an elevation of 2400 metres, is a plateau with a dense forest of silver fir trees, a pine-clad plateau of magnificent magnificence, and a wide wasteland. The region is home to several critically endangered animals, including the clouded leopard. Talle camp is located 30 kilometres from Ziro, the district seat of Lower Subansiri. The Pange Camp, located 7 kilometres from Manpolyang, serves as the sanctuary’s entry point. In a significant move, the State Wildlife Advisory Board approved the establishment of a new Talle Wildlife Sanctuary Division, to be headquartered in Manipolyang, during its meeting on December 4, 2010. Until today, the sanctuary was manned by a Range Officer and a small number of field employees in Pange.

A remarkable Shiva Lingam of Sidheshwar Nath Temple may be seen in Kardo jungle, as well as images of Goddess Parvati and Lord Ganesha with trunk bending leftward. It is also stated that Lord Shiva shares a home with the goddess of water, Ganga. As a result, the steady flow of water from the Lingam’s base can be readily observed. The Shivalinga stands 25 feet tall, making it the world’s highest natural Shiva linga. It is around 4 kilometres from Hapoli town via Sibey village.

About 3.5 kilometres from Hapoli town, there is a lovely high altitude fish farm where high altitude fish are bred. During the paddy farming season, the fingerling are sold. The farm is managed by the Government of Arunachal Pradesh’s District Fishery Development Officer.

Ziro is well-known for its unique orchids and other flowers such as Rhododebdron arboreum (Sanji Apu), Hedychiumellipticum (Pappi Apu), Hedychiumdensiflorum, and Hedychiumdensiflorum. The temperature in the region is ideal for growing orchids and other flowering plants. At the moment, a local entrepreneur has established an orchid farm where a wide range of rare and exotic orchids are grown for sale and study.

A mystery stone cave in Paki Halyang, hamlet Reru, considered to be the only sanctuary for laprosy patients at the time.

The antique metal spade in Pamun Agyan of Namie Tage, hamlet Mudang Tage, claimed to have been dug out during the execution of Pamun Khonun ceremonial ceremonies. It is the most ancient metal spade in the Apatani Valley.

From October through March is the best time to come.

How to Reach Lower Subansiri

From Guwahati’s Gopinath Bordoloi International Airport, tourists may take a helicopter to Naharlagun (Itanagar), from whence they can take the roads to Ziro. Air ticket reservations may be made directly at the Guwahati airport.

There is a train service from New Delhi/Guwahati to Naharlagun. courtesy of Harmutty (Assam). Naharlagun is the nearest railway station to Ziro.