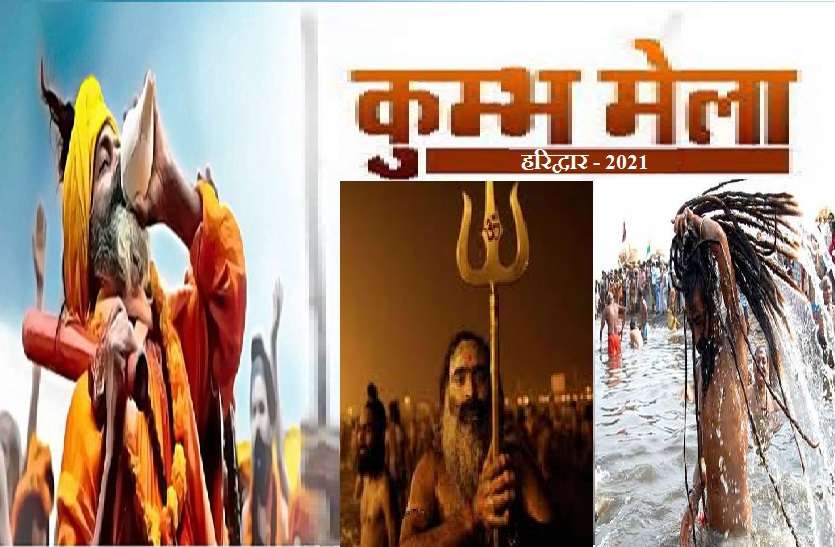 Kumbh Mela or Kumbha Mela is an important Hindu pilgrimage and festival. The event will take place in four river bank locations, Allahabad, Haridwar, Nashik and Ujjain, in a period of roughly 12 years, respectively.

Ideally, when Devguru Jupiter finishes his cycle through 12 zodiac signs and joins the sign of Aquarius again, and when the Sun enters the sign of Aries, the auspicious Yoga of “Kumbh Mahaparva” is established in Haridwar. According to the astrological predictions for this Kumbh, Jupiter will complete this period in 11 years and reach the sign of Aquarius in 2021. By 2022, as the Sun reaches Aries, Jupiter would have reached Pisces. Jupiter will be available in 2021 in Aquarius and the Sun in Aries. The “Haridwar Kumbh Mahaparva Mela” will then be held in the year 2021.

Thousands of portable toilets/urinals/bathrooms to be put up. Significant focus will be put on solid waste management (SWM) and sanitation.

This shloka reaffirms the astrological roles of Kumbh Mela 2021 in Haridwar, and explains that in such a celestial event, bathing in Ganga sets human beings free from the cycle of life and death. In other words, the person who takes a ceremonial bath in such a cosmic arrangement attains Moksha.

Mahakumbh is being organized in Haridwar in the year 2021, preparations are in the final stage. But in view of Coronavirus, the duration of Kumbh Mela has been reduced this year. Also, in view of Corona, the central and state government have also issued the necessary guidelines. This year, Haridwar Kumbh will begin on 1 April and will end on 30 April. The first Kumbh Mela was to begin on the day of Magh Purnima on 27 February and was to end on 27 April i.e. for about 2 months, but now the duration of Kumbh Mela was reduced to just 1 month i.e. 30 days. Has gone.

When will the royal bath take place

Keep these important things in mind during Kumbh Mela

– It is necessary for the person coming to Kumbh Mela that everyone should bring negative Kovid RT-PCR report up to 72 hours before the date of coming to Haridwar.

– Every person or traveler coming to Kumbh Mela Haridwar will have to register themselves on the web portal of Mahakumbh Mela, 2021, only registered people will get entry.

– Any devotee / group of devotees will be given a maximum time of 20 minutes for the holy bath.

Apart from all this, thermal screening, mask use at all times will be mandatory and social distancing will also have to be followed.

Visitors can choose to fly from Delhi and Mumbai directly or link flights to Dehradun from anywhere in the country or the world.

Local transports are available for Haridwar, such as taxis, busses from outside the airport.

The Haridwar Railway Station is well connected by many regular trains to all major cities and villages.

You can reserve your train on Indian Railways’ official website – www.irctc.co.in

You can also easily enter the pilgrimage town of Haridwar by road. Haridwar from Delhi, Haryana, UP, Punjab and various parts of Uttarakhand are linking several state transport and private busses.

As bus services are very regular, tourists can enter the busses as they wish.

It is the force of faith that can split a river, move mountains, and withstand the troubles that come together to form an integral part of Kumbh Mela, an assembly of millions, to be free of the vicious Earth cycle of life and death and moved into the celestial realm without any sorrow and suffering. The folklore of India and sacred religious texts bind us carnal souls to an everlasting dream, and things will be better without the continuously growing terror of it that paralyzes us here. The pledge to the glorious event of Kumbh Mela is “An eternal life free of sins”

This is a pledge that millions of people would like to be connected to, and this promise has made Kumbh Mela what it is today. Legend has it that a few drops had dropped on four locations, now known as Prayag, Haridwar, Ujjain, and Nasik in the mythological times, during a waging war between semigoths and demons for possessing elixir of eternal life. Those drops are thought to have given these places magical powers. Kumbh Mela was celebrated in each of the four locations to obtain certain powers for as long as one can recall.

Every 3 years is held the ordinary Melah of Kumbh, every 6 years is held the Ardh (half)Kumbh Mela in Haridwar and Allahabad (Prayag), while every 12 years the Purna (full) Kumbh mla is held on the basis of planetary motions, four times in Prayag (Allahabad), Haridwar, Ujjain and Nashik. After 144 years (after 12 ‘Purna Kumbh Melas’), Maha Kumbh Mela will be celebrated in Prayag.

The location for Kumbh Mela will be determined, based on the role the Sun, Moon, and Jupiter carry in various zodiac marks. For details, the formulas are given below:

Where Jupiter is in Aquarius and Sun at Aries in the Hindu Chaitra Month (March-April).

Where in the Hindu Chaitra Month Jupiter is in Aquarius and Sun in Aries (March-April).

when Jupiter is in Leo and Sun is in Aries, and all three are in Libra, in Vaisakha’s Hindu month (April-May).

when the Hindu month Bhadraprada is Sun and Jupiter in Leo (August-September).

The Maha Kumbh Mela has an origins in the Hindu mythology and is considered the largest public assembly in the world. The name ‘kumbh’ derives from a Sanskrit word for ‘pitcher,’ which also refers to the zodiacal symbol of Aquarius. “mela” is the term for collecting. In the first week of March Kumbh Mela is completed and the last 6 dates for Shahi Snan are the occasion for Maha Shivratri as well.

When and where is Maha Kumbh celebrated?

The Maha Kumbh takes place in the city of Haridwar four times in twelve years, and the days of this holy congregation are based on astrological measurements. The dates are celebrated every six years. The group contains ascetics, kalpvasis, pilgrims and visitors.

The Maha Kumbh-mela takes place on four rivers, namely Ganga in Haridwar, Godavari in Nashik, Shipra in Ujjain, and at the confluence of the Ganges, the Yamunas and the legendary Zarawati in Prayagraj four times during the last 12 years in rotation between the 4 Hindu places of pilgrimage.

The fair continues with the creation of a large tented township for over a month. This is built with platforms, buildings, shelters, public services, administrative and security steps to serve tourists and pilgrims. The event is coordinated by the authorities, municipalities and police.

The soul-cleansing bath is maha kumbh mela’s most important practice. Devotees hope their sins will be forgotten by taking a bath in the river.

Such traditions include religiosity, devotional chanting, mass nourishment, and discussions on sacred doctrines. The “Satsangs,” where people sit for hours listening to hymns, is a vital aspect of Maha Kumbh, and speeches are made about Hinduism to spread awareness about faith.

Kumbh Mela or Kumbha Mela is the mass of pilgrims who assemble in a holy river to take a bath. The Kumbh Mela’s geographical location covers four cities in India. It is held in Uttarakhand in Haridwar on the banks of the holy Ganga River. It is recognized as the world’s largest peaceful meeting.

The festival’s main attraction, the Shahi Snan, is a ceremonial bath at the predetermined time and location. The site of observed pilgrimages on the four holy rivers of Allahabad, Haridwar, Ujjain and Nashik is celebrated four times every 12 years. Kumbh Mela is held every sixth year in just two locations, Haridwar and Allahabad. And every 144 years a Maha Kumbh is held.

The Kumbh Festival is not a market or a fair, it’s an asceticism and commitment festival rather. The festival is conducted in one way or another and takes on the form of a Mini India. Citizens of all faiths and castes. The festival involves different styles of languages, customs, cultures, clothes, food and living practices. It’s great that there is no invitation to millions of individuals.

Kumbha is a Sanskrit pitcher term, called kalasha, but also an indigenous zodiac, a symbol that celebrates the festival. The light, land, sea and vishnu (a Hindu God) also are its synonyms. The sun, planet, sea and hell. Kumbh’s elementary importance suggests it is a confluence of all races, a metaphor for divine awakening. Mela means a conference, a meeting or merely a fair. It means a fair.

It is imperative to know the history of the holy Ganges (river Ganges) to recognize the meaning of Kumbha Mela and the essential role that it has in the spirituality of India. The faithful claim that one is actually released from his previous sins (karma) by soaking in the ganga, and so one becomes worthy for freedom from the chain of birth. Of course, after bathing one still takes a pure lifestyle, otherwise karmic responses will burden one again.

The pilgrims come from every corner of life, travel far and accept many physical discomforts, such as being able to sleep outdoors in near freezing temperatures. They are enduring such a dilemma just for the advantage of getting a dip in Kumbha Mela’s holy river and seeing the great saints. Kumbh Mela is a Kalpavasis congregation, sadhus, visitors and aspiring persons, particularly Hindus. But the traditional carriers are the saints, ascetics, saints, sadhus, sadhvis and sants, who have left earthly life for an exclusive religious life.

Either religious institutions, Ashrams and Akhadas or alms-living persons belong to such ascetics. There are 13 Akhadas with their own Leaders or their own Mahants in India. During the Kumbh, the respective chairs are the first to dip or bathe in the holy river and the Kumbh Mela trial begins with their bath. There are normally male ascetics. While women ascetics or Sadhvis belonging to diverse Ashrams and Akhadas, they also take part with equal enthusiasm in the Kumbh Mela.

As an advocate for tradition, there are many Temple Trust organizations like Trimbakeshwar, Nashik Temple Trust, organizations and Sabhas, such as Haridwar’s and Voluntary Society’ Ganga Sabha, as well as non-governmental organisations, like Godavari Gatarikaran Virodhi Manch, Nashik. In addition to the presence of millions of devotees and tourists in Mela, Mela also involves the government and management of each state and region. 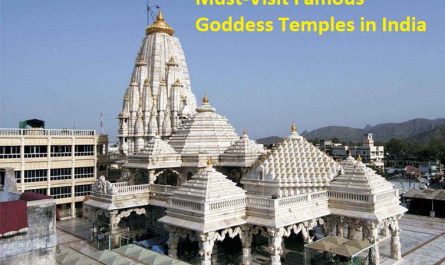