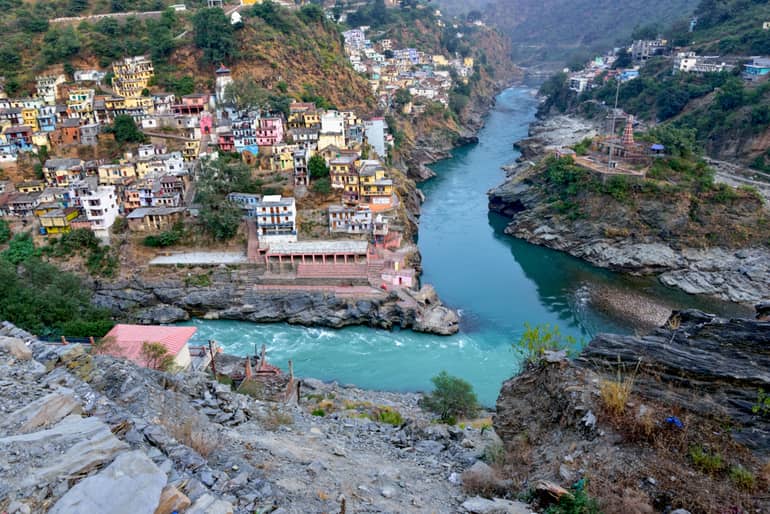 Best Places to Visit in Rudraprayag

This is Lord Kedarnath’s winter seat, and worship is performed here during the winter months when the temples of Kedarnath are closed. It is worthwhile to pay a visit to the temples of Usha and Aniruddha, Lord Shiva and Parvati. Ukimath is 41 kilometres from Rudraprayag and 13 kilometres from Guptkashi. It has an elevation of 1311 metres.

Chopta is one of the most scenic sites in the entire Garhwal region, located on the Gopeshwar – Ukhimath route about 40 kilometres from Gopeshwar at an altitude of about 2900 metres. It offers a spectacular view of the Himalayan peaks and adjacent surroundings.

Guptkashi, like Kashi, holds immense significance. The ancient Vishwanath temple, Ardhnareshwar temple, and ManikarnikKund, where the Ganga and Yamuna rivers are said to meet, are the prominent attractions of Guptkashi.

The Pandavas are said to have desired to meet Lord Shiva and beg his grace after the battle of Mahabharata. But Lord Shiva avoided going from Guptkasi to Kedarnath because he did not want to face the Pandavas, who, while fighting for the noble cause, were also guilty for destroying their own kingdom.

Rudraprayag, named after Lord Shiva (Rudra), is located at the sacred confluence of the Alaknanda and Mandakini rivers, 34 kilometres from Srinagar (Garhwal). The confluence of the Mandakini and Alaknanda rivers has a distinct beauty of its own, as if two sisters were hugging each other. Narad Muni is said to have worshipped Lord Shiva in his Rudra Avtaar (incarnation) in order to master the mysteries of music. The Shiva and Jagdamba temples are extremely religiously significant.

On the Rudraprayag – Pokhri highway, 38 kilometres from Rudraprayag, is the village Kanak Chauri, from which a 3-kilometer trek leads to Kartikswami. This location has a temple and idol of Lord Shiva’s son Kartikeya, and is located at an elevation of 3048 metres. The area is rich in natural beauty, and visitors may get a close-up and panoramic view of the Himalayan peaks.

Kalimath is located near Ukhimath and Guptakashi. It is one of the region’s “Siddha Peeths” and is regarded in high religious regard. The temple of Goddess Kali located here attracts a significant number of devotees all year, especially during the “Navratras.”

This majestic Lord Vishnu temple is located in the village of Triyuginarayan, on the old bridle road that connects Ghuttur to Shri Kedarnath. Its architectural style is comparable to that of the Kedarnath temple, making this settlement a popular pilgrimage destination. According to tradition, Triyuginarayan was the fabled Himvat’s capital and the location where Shiva married Parvati during the Satyug. The magnificent wedding fire was set in the massive four-cornered HavanKund.

The temple is located in the village of Kandali Patti, 14 kilometres from the major town of Rudraprayag and around 6 kilometres from Tilwara. It is thought to have been built during the time of Adi Shankaracharya. The temple is bordered by temples dedicated to Jalkedareshwar, Khetrapal, and JakhDevta. Skandpuran, Devibhagvata, and Kedarkhand all depict the origins of Indrasani Mansa Devi. Indrasani Devi is thought to be a Mansi Kanya of Kashyapa, also known as VAISHNAVI, SHAVI, and VISHARI. According to folklore, the Devi heals those who have been bitten by snakes.

The temple is located in the village of Kandali Patti, 14 kilometres from Rudraprayag’s main town and around 6 kilometres from Tilwara. It is thought to have been built during the reign of Adi Shankaracharya. The temple has distinctive construction and is bordered by temples dedicated to Jalkedareshwar, Khetrapal, and JakhDevta. Skandpuran, Devibhagvata, and Kedarkhand all tell the storey of Indrasani Mansa Devi’s birth. Indrasani Devi is thought to be a Mansi Kanya of Kashyapa and is also known as VAISHNAVI, SHAVI, and VISHARI. According to folklore, the Devi heals those who have been bitten by a snake.

The second Kedar is the Shiva shrine near the Madmaheshwar river’s source. According to tradition, when Lord Shiva was trying to avoid the Pandavas, he fell into the earth at Kedarnath and his torso reappeared here at Madmaheshwar. The temple is located in peaceful surroundings and lacks the crowds of Pandas, Pujaris, Shops, and the hustle and bustle of larger pilgrimage centres. There is a tiny Dharamshala, but supplies must be brought from the village of Gaundar. During the winter, the temple is closed for six months while the silver idols are ceremonially transported to Ukhimath for devotion. Only the Shivling is left. It is surrounded by Kali Temple, Saraswatikund, Chukhmba, and Neelkanth Peak.

The Tungnath temple is located at a height of 3680 metres atop the Chandranathparvat, 30 kilometres from Ukhimath on the Ukhimath-Gopeshwar Road. It requires a long hike through dense woodland to get there. A 2.5-foot-tall idol of Adi Guru Shankaracharya stands alongside the lingam in this Shiva temple with a dome that spans sixteen doors. The Nandadevi temple is also in Tungnath, not far from the awe-inspiring Akash ganga water fall, so named because the water appears to be falling from heaven. The magnificent Chaukhamba, Kedarnath, and Gangotri-Yamunotri peaks contribute to the majesty.

According to legend, the Rishi Vyas taught the Pandavas that they were guilty of murdering their own kin and that their crimes would be expiated only if Shiva forgave them. As a result, the Pandavas launched their search for Shiva. Lord Shiva avoided them because he knew the Pandavas were guilty. As a result, the Lord sought sanctuary underground, and his body pieces later reappeared in five different locations. The “Panch Kedar” refers to the five locations where five great temples of Lord Shiva stand. Each one is distinguished by a different portion of his body. Tugnath is rumoured to be the location of his hands. Kedarnath represents his hump; Rudranath represents his head; Kalpeshwar represents his hair; and Madmaheshwar represents his navel. During the harsh winter months, a number of priests relocate from this temple to Mukunath, which is 19 kilometres away.

This Omkareshwar temple in Ukhimath houses a beautifully sculpted and well preserved image of Lord Shiva. According to legend, Usha, Banasur’s daughter, once lived here, giving rise to the name Ukhimath. In reality, Ukhimath is littered with temples devoted to Usha, Shiva, Parvati, Aniruddha, and Mandhata, including one with a five-headed Mahadev, similar to the one in Kedarnath. There is also an idol of Usha’s confidante, Chitralekha. Among the copper plates recovered, two pertain to land endowments for the Kedarnath temple granted by the monarch of Nepal in 1797 A.D. and by the mother of a Nepalese court official in 1891 A.D. Nearby lies the Deoria Tal, which captures the reflection of the Badrinath peak, echoing its magnificence.

The majestic Sri Kedarnath temple may be seen after about half a kilometre of walking from Garurchatti. The temple is an exquisite sight against a magnificent backdrop of towering white mountains blanketed in snow. There is an aura of serenity and purity all around it. The unclean are said to become holy, and the saintly even holier. The Kedarnath temple is thought to be over a thousand years old. The temple’s style and architecture are amazing. It is constructed on a morainic ridge that juts out at right angles from the snowy range. The temple contains a “garbha-griha” for worship and mandaps for pilgrims and guests to gather. After the great battle of Kurukshetra, the Pandavas are said to have felt guilty for killing their own relatives.

They required Lord Shiva’s blessing to be redeemed. Lord Shiva was unwilling and hence eluded the Pandavas on numerous occasions. He found sanctuary in the shape of a Bull at Kedarnath. He dove beneath the ground, leaving his hump on the surface, while he was pursued by Pandavas. God’s remaining parts returned in four additional places. The limbs appeared at Tungnath, the face at Rudranath, the stomach (nabhi) at Madmaheshwar, and the head locks at Kalpeshwar. They are worshipped as incarnations of Lord Shiva there. It is one of Lord Shiva’s twelve “Jyotirlingas.” The Sri Kedarnath temple is located at an elevation of 3581 metres above sea level, opposite the picturesque Kedarnath range.

The statue of the sacred bull “Nandi” stands at the entryway. The images on the temple’s walls are wonderfully crafted. The Bhairav temple, Adi Shakaracharya’s Samadhi, and Gandhi Sarovar in ChorabariTal are all accessible from here. Vasukital, another lovely lake, is located 8 kilometres from Kedarnath. Visitors to this lake are captivated by floating ice on crystal-clear water.

Best Time to Visit in Rudraprayag

The winters and the beginning of summer are the best times to visit Rudraprayag. The best months to visit the area are from October through March. During these months, the weather remains favourable, providing travellers with the finest possible vacation experience.

How to Reach Rudraprayag

The nearest rail station to Rudraprayag is Rishikesh, which is 140 kilometres away.