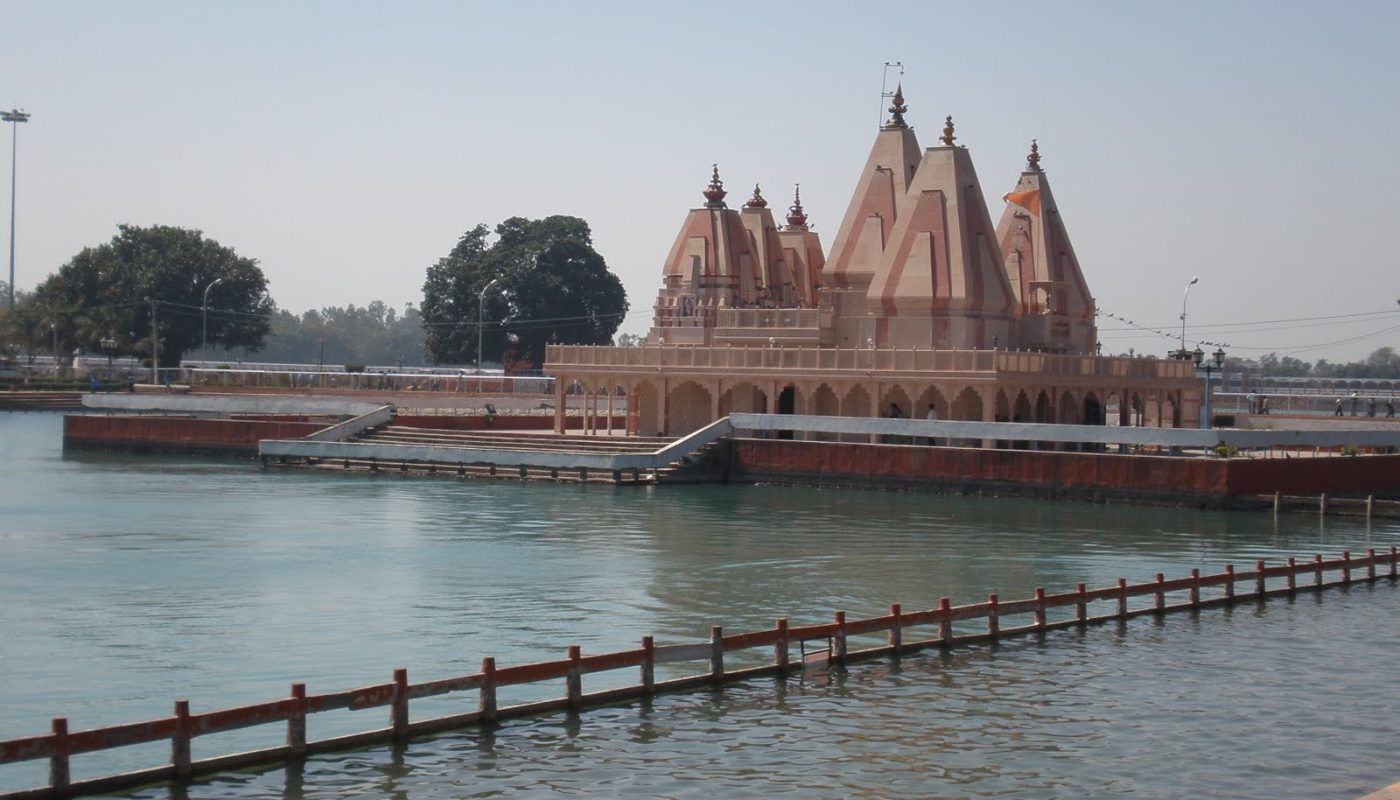 Lord Shiva is honoured at Sarveshwar Mahadev Temple, also known as Brahma Sarovar Temple. Lord Brahma is said to have worshipped Lord Shiva in this temple, according to legend. Every day throughout the Mahabharata War, the temple would be destroyed by war during the day and rebuilt at night. During the Mughal rulers’ reign, it was devastated, but Hari Giri Gosai Jee restored it in the 18th century. The majority of the temple is made of buff sandstone, with marble in other areas. From the compound, there are three entrance doors to the temple, each with carved flower motifs. In this temple, devotees also worship Lord Hanuman and Lord Garuda.

It’s a breathtakingly gorgeous temple situated on the Brahma Sarovar’s waters. The temple and the bank are connected by a concrete arch bridge. The greatest time to see the temple is around twilight, when you can see it from Krishna Ghat. The reddish golden colour of the setting sun reflects in the pond, giving the picture of the temple in water a saintly appearance. For evening Aarti, a large crowd gathers here. It is said that walking around the temple and listening to mantra chanting can help one’s soul recover. Visitors visiting Brahma Sarovar’s favourite photo spot is this temple.

According to Hindu traditions, it was from Kurukshetra that Lord Brahma created the universe. Kurukshetra is a small town with a lot of historical and mythological significance. According to folklore, not only was the Mahabharata war fought here, but also Lord Krishna delivered the Bhagavad Geeta discourses and Brahma established Shiva’s first Lingam. In the city, there are hundreds of temples, some of which are over 5000 years old. It’s also home to a slew of saffron-robed sages who can be found meditating under a Banyan tree, inside an ancient temple, or near a body of water. Devotees believe that simply touching the air and water of Kurukshetra will free a soul from its sins.

According to Hindu mythology, Kurukshetra is the town from which Lord Brahma created the cosmos. According to mythology, not only was the Mahabharata war fought here, but Lord Krishna also delivered the Bhagavad Geeta discourses and Brahma also built Shiva’s first Lingam. Hundreds of temples may be found throughout the city, some of which date back over 5000 years. Many saffron-clad sages can be found meditating under a Banyan tree, inside an ancient temple, or by a water body. Devotees think that simply touching the air and water of Kurukshetra will purify a soul of its sins.

The nearest airports are in Delhi and Chandigarh, both of which have road and train connections to Kurukshetra. From the airports, taxi services are also accessible. Kurukshetra is 160 kilometres away from Delhi.

Kurukshetra Railway Station, also known as Kurukshetra Junction, is on the major Delhi-Ambala Railway route. Kurukshetra is well connected to all of the country’s major cities and towns. The Shatabadi Express comes to a stop here.

By road, Kurukshetra is connected to nearby cities such as Delhi, Chandigarh, and other major locations by Haryana Roadways buses and other surrounding State Corporation buses. Buses to Delhi (160 km), Ambala (40 km), and Karnal (39 km) are accessible often. Kurukshetra lies roughly 6 kilometres from Pipli, a major road junction on the National Highway No. 1, also known as the Grand Trunk Road.