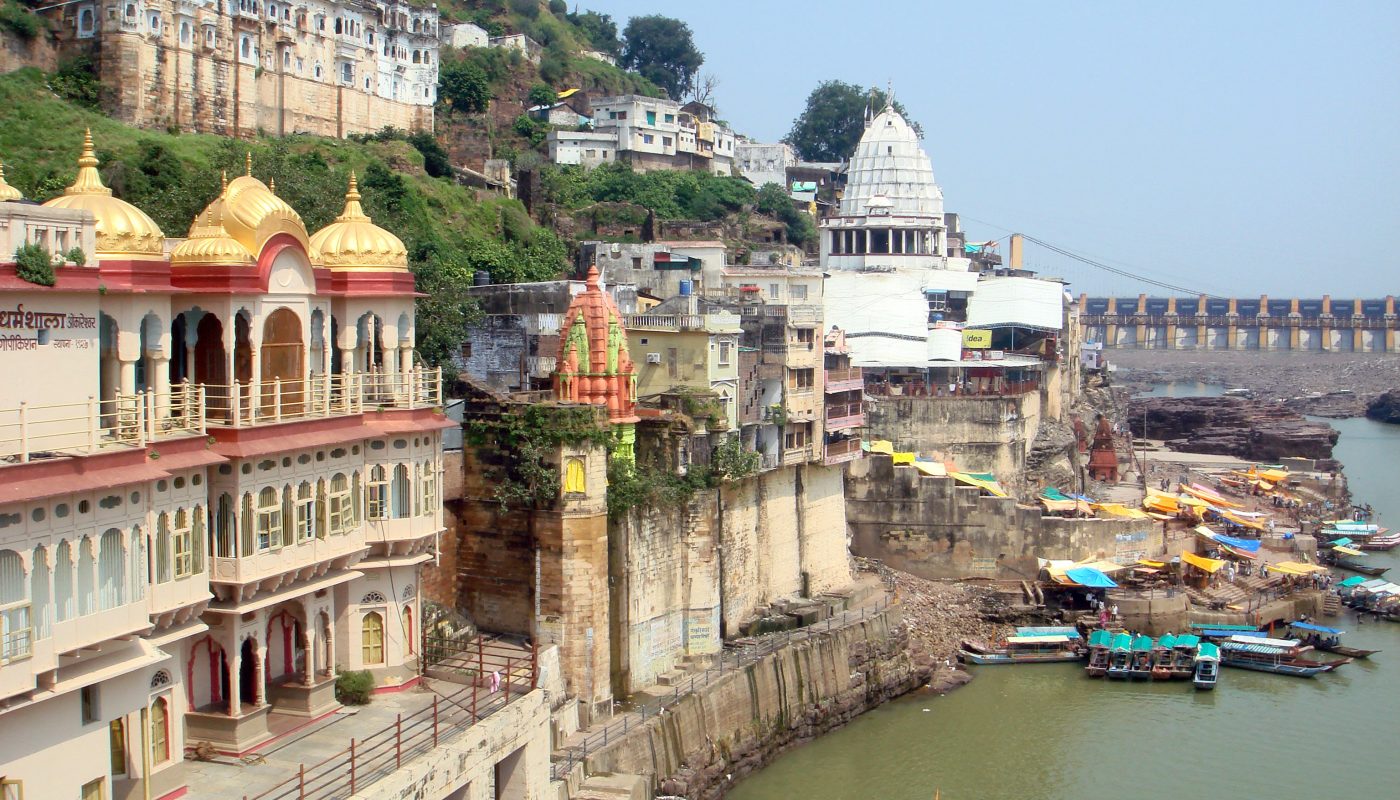 Kareshwar is a Hindu pilgrimage site. It is situated in Madhya Pradesh’s Khandwa district. It is located in the middle of the Narmada river on an island known as Mandhata or Shivpuri. It is one of Lord Shiva’s twelve Jyotirlingas, and the Bhil tribe landed here years ago, and it is today known for its majesty and history. It is located about 14 kilometres from Morattakka village. The shape of this island is based on the Hindu sacred symbol Om. There are two temples in this area.

Kareshwar was produced naturally by the Narmada River. This river is one of India’s holiest rivers, yet it is now the site of the world’s largest dam project.

The Veda cannot be recited without saying the word Omkar, which was first pronounced from the lips of the creator. Omkar Kshetra is the corporeal deity of this Omkar. It features a total of 68 shrines. There are 33 koti deities living here with their families, as well as 108 magnificent Shivlings and two Jyotishwaroop lingas. Madhya Pradesh has two Jyotirlingas, out of the country’s twelve notable Jyotirlingas. One is Mahakal in Ujjain, while the other is Omkareshwar-Mamleshwar in Omkareshwar. Omkareshwar was initially the capital of Bhil kings.

For a long time, Omkareshwar was the area of ​​​​rule of the Bhil kings.

After worshipping the deceased and making 18 thousand Shivlings on behalf of Goddess Ahilyabai Holkar, they are immersed in the Narmada. Omkareshwar was once known as ‘Mandhata.’

Vishnupuri is the name of the town on the Narmada’s banks. On Narmadaji, there is a pucca ghat. Mandhata Island is reached by crossing the Narmadaji via bridge (or ferry). On that side, there is also a pucca ghat. In Narmadaji near the Ghat, it is thought to be Kotitirtha or Chakratirtha. The travellers climb the stairs to see the Okareshwar-temple after taking a bath here. The temple is situated on a bluff above the beach.

The octagonal figures entwined into each other on the terraces above the lingas on the third, fourth, and fifth stories. There are no octagonal figures on the roof above the Mahakaleshwar Linga on the second floor, which is conical rather than flat. The Nandi idols are situated in the courtyards of the first and second level Shivlings. In the third-floor courtyard, there is no Nandi idol. The only structure in this courtyard is an open patio. There are no courtyards on the fourth and fifth floors. He is only contained at the Omkareshwar temple’s top. On the first floor, beneath Nandi’s Hanu, a pillar can be seen. Such a pillar is rarely found in other sculptures of Nandi. In Shrionkareshwarji’s circumambulation, Rameshwar-temple and Gaurisomnath can be viewed. Many temples, such as Avimuteshwar, Jwaleshwar, and Kedareshwar, are located near Omkareshwar.