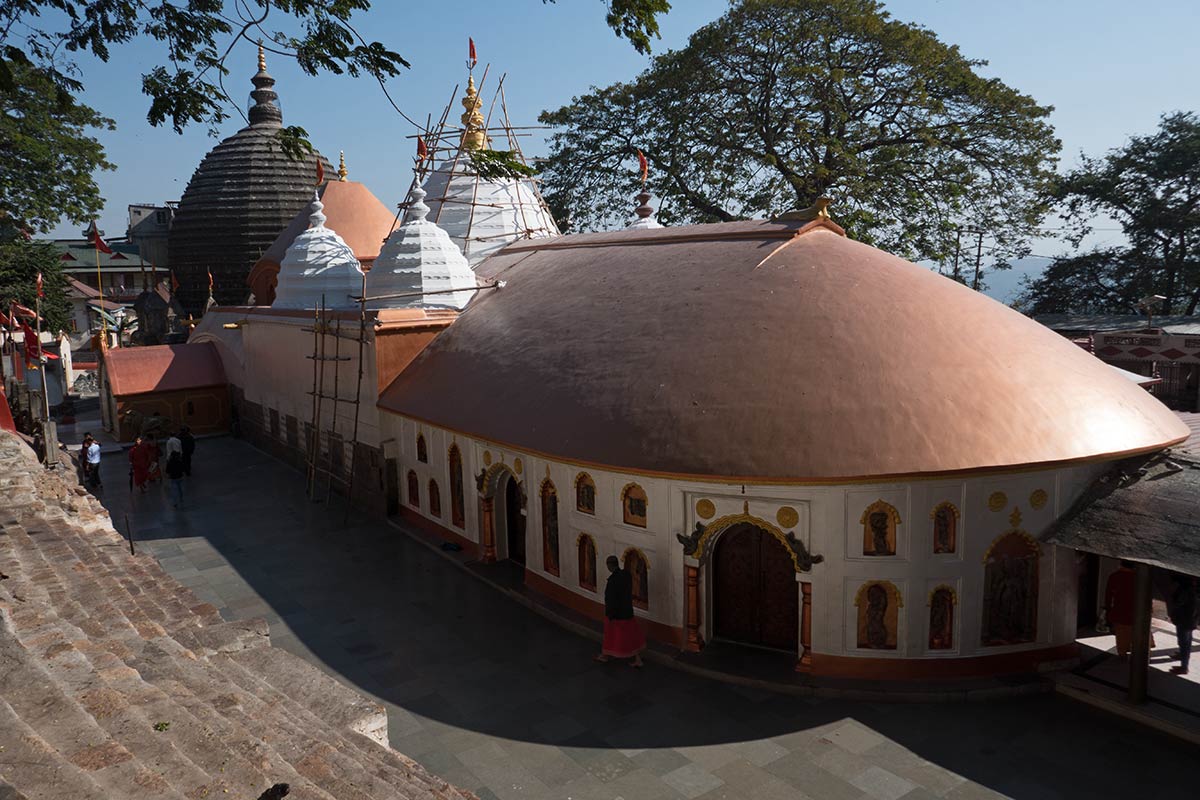 The mother goddess Kamakhya is honoured in the Kamakhya Temple, which is a Sakta temple. One of the 51 Shakti Pithas, it is one of the oldest. It is the main temple in a complex of individual temples dedicated to the ten Mahavidyas of Saktism, namely Kali, Tara, Tripura Sundari, Bhuvaneshwari, Bhairavi, Chhinnamasta, Dhumavati, Bagalamukhi, Matangi, and Kamalatmika. It is located on the Nilachal Hill in the western part of Guwahati city in Assam, India. Tripurasundari, Matangi, and Kamala live in the main temple, while the remaining seven live in separate temples. It is a significant Hindu pilgrimage site, particularly for Tantric worshippers.

Initially an autonomous site of worship, the Kamakya Temple became associated with state authority when it was patronised by the Mleccha, then the Pala rulers of Kamarupa, and ultimately the Koch and the Ahoms. Naraka, the legitimising ancestor of the Kamarupa monarchs, was linked to the tale of the goddess Kamakhya, who represented the area and the Kamarupa kingdom, in the Kalika Purana, published under the Pala reign. The Supreme Court of India moved the Temple’s management from the Kamakhya Debutter Board to the Bordeuri Samaj in July 2015.

According to the Kalika Purana, Kamakhya Temple was the location where Sati used to go in secret to fulfil her amour with Shiva, and it was also the location where her yoni (genitals, womb) fell after Shiva’s tandav (destruction dance) with Sati’s corpse.

It cites Kamakhya as one of four main shakti peethas, the others being the Vimala Temple within the Jagannath Temple complex in Puri, Odisha; Tara Tarini) Sthana Khanda (Breasts), near Brahmapur, Odisha; and Dakhina Kalika at Kalighat, Kolkata, West Bengal. The Devi Bhagavata, which names 108 sites linked with Sati’s body, does not support this, however Kamakhya is mentioned in a supplemental list.

The Yogini Tantra, a later book, dismisses the Kalika Purana’s origin of Kamakhya and connects Kamakhya with the goddess Kali, emphasising the yoni’s creative significance.

Members of the Koch Bihar royal family do not visit the temple and avoid their sight when passing by due to a mythical curse by the Goddess.

The Ambubachi Mela, an annual tantra event, draws thousands of tantra followers to this temple since it is the centre for Tantra worship. The Manasha Puja is another yearly festival. Durga Puja is also held yearly in Kamakhya during the autumn festival of Navaratri. Thousands of people attend this five-day celebration.

The Kamakhya Temple, which is located high above the city of Guwahati on a hill known as Neelachal Parbat or Kamagiri, is one of numerous religious sites that speak eloquently about the state of Assam’s rich historical wealth. This holy shrine in Assam’s capital city has more than meets the eye of the casual visitor. Goddess Kamakhya or Sati, one of the many avatars of Goddess Durga or Goddess Shakti, was honoured with the construction of the Kamakhya Temple.

The temple is located a few kilometres from the Guwahati Railway Station and is accessible all year for tourists. The history of the temple is surrounded by a mythology that dates back to the mythical era. Sati, the wife of Lord Shiva (one of Hindu mythology’s sacred Trinities), is said to have committed suicide at a ‘Yagna’ ritual conducted by her father Daksha because she could no longer tolerate her father’s insults directed at her husband. When Shiva, the remover of everything that is bad, learned of his wife’s death, he went into a wrath and punished Daksha by replacing his head with that of a goat.

Shiva, torn between grief and wild rage, took up the body of his beloved wife Sati and performed the ‘Tandava,’ a destructive dance. The destroyer’s rage was so great that it needed the intervention of numerous Gods to calm him down. Sati’s body was unintentionally sliced into 51 pieces by the disc in Lord Vishnu’s hands (also one of Hindu mythology’s Trinities), and her female genitalia or ‘Yoni’ landed on the place where the Kamakhya temple now stands, producing one of the numerous Shakti ‘Peethas’ adorning the rest of her body parts.

The temple was restored in 1665 by King Nara Narayana of Cooch Behar after it was destroyed by foreign invaders. The temple has seven circular spires, each capped by three golden pitchers, and the entrance spirals down to a long, curving walk that connects the temple to the main road. The Hindu pantheon’s Gods and Goddesses are shown in a beautiful pattern on some of the temple’s sculptured panels. Tortoises, monkeys, and a swarm of pigeons have made the temple their home, and they linger around the grounds, being fed by temple officials and tourists.

The temple’s mysterious as well as tranquil atmosphere work together to calm guests’ worries and transport their imaginations to flights of inner redemption, which is precisely why they come here.

The Kamakhya Temple, with its mysterious grandeur and scenic setting, is one of the most awe-inspiring monuments not only in Assam, but also in India. 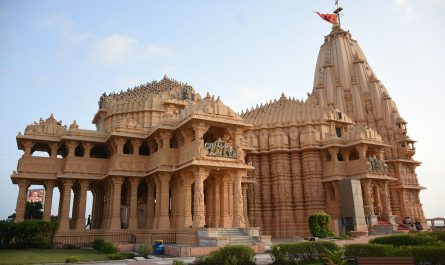