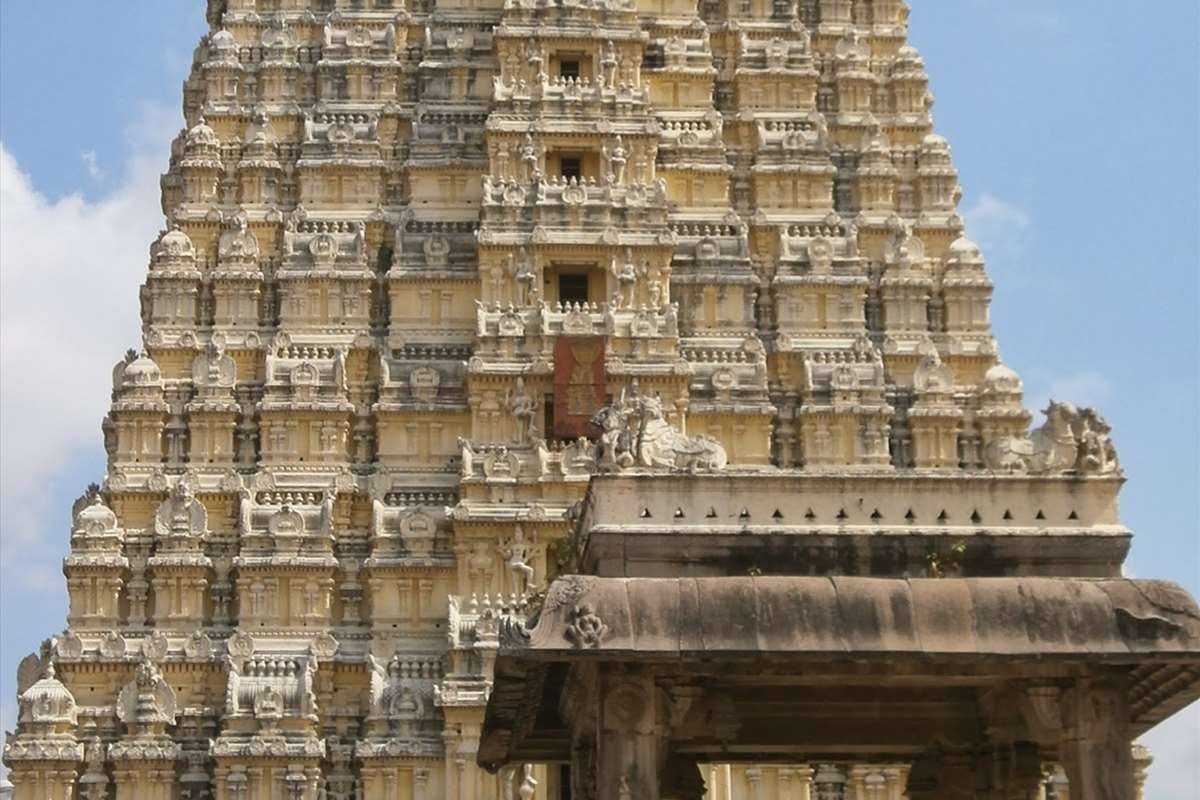 The Kamakshi Temple is an ancient Hindu temple devoted to Goddess Lalitha Maha Tripurasundari’s ultimate form, Kamakshi. It is situated in Kanchipuram, a historic city near Chennai, India. In the state of Tamil Nadu, the Meenakshi Temple in Madurai, the Akilandeswari temple in Thiruvanaikaval in Tiruchirappalli, and this Kamakshi temple are major places of Goddess devotion. The Pallava monarchs, whose capital was Kanchipuram, are most likely responsible for the construction of the temple.

Instead of standing, the image of the primary Deity, Kamakshi, is seated in a magnificent Padmasana, a yogic stance that symbolises peace and wealth. Goddess’s bottom two arms carry a sugarcane bow and a bouquet of five flowers, while her upper two arms hold a pasha (lasso) and an ankusha (goad). A parrot is also sitting near the flower bouquet. Apart from this temple, Kanchipuram has no other Goddess temples, which is uncommon in a traditional city with hundreds of traditional temples. This fact is explained by a number of tales.

According to local mythology, Adi Shankaracharya built the Sri Chakra in the trough-like structure at this Kamakshi Devi temple.