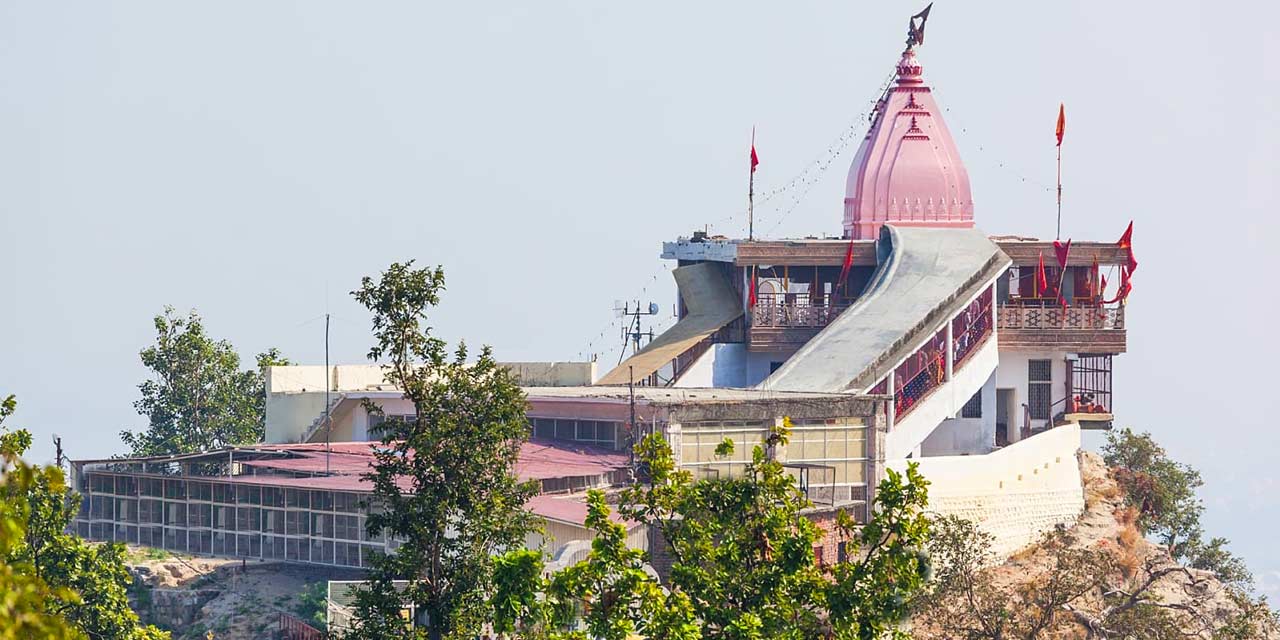 Chandi Devi Temple is a sacred temple in Neel Parvat, near Haridwar, perched on a hilltop. Goddess Chandi is the temple’s presiding deity, and is said to be a Siddh Peeth where wishes are granted.

Chandi Devi Temple is a sacred temple in Neel Parvat, near Haridwar, perched on a hilltop. Goddess Chandi is the temple’s presiding deity, and is said to be a Siddh Peeth where wishes are granted.

Chandi Devi Temple, Haridwar is a Hindu temple dedicated to Goddess Chandi Devi in the holy city of Haridwar in the Indian state of Uttarakhand. The temple is located on the eastern peak of the Sivalik Hills, the Himalayas’ southernmost mountain group, on the Neel Parvat. During Suchat Singh’s tenure as King of Kashmir, the Chandi Devi Temple was erected in 1929. The main murti of Chandi Devi in the temple, on the other hand, is claimed to have been erected in the 8th century by Adi Shankaracharya, one of Hindu religion’s greatest priests. The temple, also known as Neel Parvat Teerth, is one of Haridwar’s Panch Tirth (Five Pilgrimages).

The temple’s principal goddess is Goddess Chandi, also known as Chandika. The following is the genesis tale of Chandika: The demon rulers Shumbha and Nishumbha had conquered the kingdom of Indra, the god-king of heaven, and cast the gods out in Swarga a long time ago (heaven). Parvati gave birth to a goddess after the gods prayed for her. Shumbha wished to marry her since she was an extraordinarily attractive woman. When Shumbha was rejected, he dispatched his demon leaders Chanda and Munda to assassinate her. They were assassinated by Goddess Chamunda, who was born from Chandika’s rage. Shumbha and Nishumbha then attempted to murder Chandika as a group, but were defeated by the goddess.

Following that, Chandika is supposed to have slept for a brief time on top of Neel Parvat, where a shrine was eventually erected to commemorate the legend. Shumbha and Nishumbha are the names of two peaks in the mountain range.