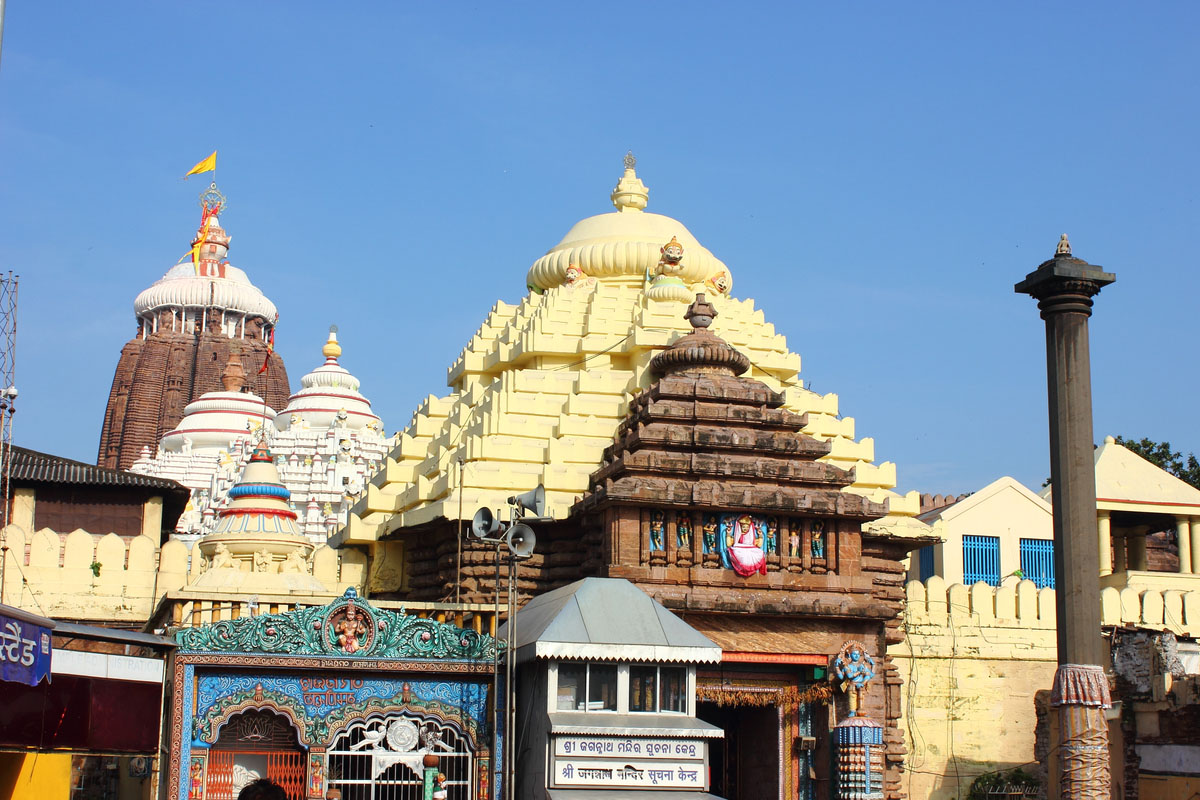 Odisha is recognised as Lord Jagannath’s home state (literally meaning the Lord of the Universe). The temple, which was erected in the 12th century AD, is the hub of the Jagannath cult, and people from all over the globe visit Puri throughout the year.

The mystery linked with Lord Jagannath’s religion overshadows this majestic temple’s architectural splendour. The massive temple, which is built on an elevated platform, is an architectural wonder in and of itself.

New modifications to the temple’s construction were made until the 16th century AD. The sculptures on the temples, unlike those on other temples in the region, are mostly of gods and goddesses. The Kuruma Bheda (Inner wall) and the Meghnad Pachira (Outer wall) are two concentric walls that surround the whole temple complex (Wall). The temple’s primary entrance is through Singhadwara, which is located on the temple’s eastern face, with three other entrances positioned in the four cardinal directions. However, as the temple was in the middle of a stormy era between the 16th and 18th centuries, other entrances may have been built for security reasons.

Some of the temple’s architectural marvels

The main temple is built in such a way that at any time of day, no shadow of the temple falls on the ground.

The Nilachakra, also known as the Blue Wheel, is made up of eight metals, or asta dhatu, and is placed atop the temple. It is said that witnessing the Nilachakra is equivalent to seeing the Lord himself.

The flag, also known as the Patitapabana, flies in the opposite direction of the wind and is replaced every day at sundown. A family selected by the King is in charge of altering the flag. They’ve been performing this rite for almost 800 years, ascending 165 metres barefoot and without any assistance.

The Mahaprasad, or Lord’s offering, is made on a fire fueled by wood charcoal, and rice, vegetables, cereals, and other foods are placed in clay pots and stacked on top of each other on the fire. The pot on the stovetop is the first to cook.

The Aruna stambha, a 33-foot monolithic stone pillar in front of the Singhadwar, the temple’s main entrance, was originally placed in Konark’s Sun Temple.

Another distinguishing characteristic of the temple is that the holy trinity statues are made from wood rather than stone or metal. They’re also the only gods that have to deal with death.

There are many festivals and rituals associated with the Lord, we list a couple.

Devasnana Purnima – the yearly bathing ceremony in which the holy trinity is taken out from their sanctuary and washed with pure water collected from a well within the temple grounds.

The Chariot Festival takes place throughout the months of June and July. During the celebration, the Lord appears on the street to welcome his worshippers, and anybody can seek his blessings regardless of caste, creed, or colour.

The Immami Jagannath temple is located 7 kilometres from the Balasore district headquarters. The freshly built Jagannath Temple is a beautiful architectural model that draws a large number of people to this location. The temple campus has several side deities and was built in 2015 using red stone. All of the rituals are performed in accordance with the Jagannath Temple Puri. Visitors are drawn to the stone curve and the monumental item.

The Nearest Air Port is Bhubaneswar which is 220 km. away from Remuna.

The road network in Remuna is excellent. Several modes of public transportation, including as buses, taxis, and autorikswa, travel from Balasore Town to Remuna on a regular basis. Balasore Town is 10 kilometres distant.